In July 2018, Portsmouth, Va., began to construct a fiber network that will span 55 miles. The project is expected to take five years to complete. (Shutterstock.com)

Portsmouth, Va., has undertaken an exciting endeavor to build its very own fiber network spanning 55 miles, a project that began back in July 2018. The city is not alone. The Institute for Self-Reliance has been tracking such fiber network projects, finding communities invest in telecommunications networks for a variety of reasons: economic development, improving access to education and health care, price stabilization, etc. The nonprofit maintains a map that includes more than 800 communities, as of January 2019, that have invested in networks, of which 500 are served by some form of municipal network and more than 300 are served by a cooperative.

As for the Portsmouth fiber network, it has a projected timeline of five years, from start to finish, and will cost $9 million. Schools and hospitals will serve as some of the anchor institutions while neighborhoods will make up the grids in between. Funded by the city itself as part of the Capital Improvement Project, Robert D. Moore, director of economic development, and Brian Donahue, assistant director of economic development, provided a preview of the process, which is intended to be thoughtful in nature.

The first year and a half to two years is focused on getting the conduit that houses the cables in the ground. With the idea of maximizing efforts, the first areas where the cables will be laid are in active zones of road repair where access is immediately available. 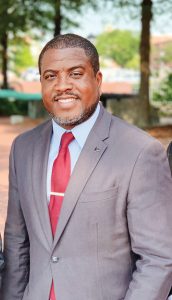 “Like power lines,” explained Moore, “it is important that the conduit not be disturbed after secure placement.” He added, “It is at this point that the conduit is considered dark fiber since the lines have been laid and no one has yet to turn them on.”

The next step is for a company to offer the means of connectivity. As Moore and Donahue indicated, the process is on schedule so far, but they do recognize, as with any project of this scale, that the potential for future delays is possible.

As a smart city that will feature automated streetlights and early warning systems, Portsmouth plans to leverage its increased connectivity in order to make itself more productive and effective. The main areas wherein benefits are particularly anticipated for the city include economic development, education, quality of life and health care. The ability to advertise itself as a gigabit community will have obvious benefits in terms of Portsmouth’s economic development. Not only will this help to retain current businesses, it will also help to lure more companies to the area.

Moore acknowledges data as a form of currency onto itself: “For companies that feature international relations, money can be lost (or gained) in a matter of seconds, making increased connectivity speeds essential for such businesses.”

As far as education, there is a unique opportunity for the physical and digital to meld into one entity of infrastructure. Moreover, a gigabit community will affect the city’s health care system for the better by increasing access to care via telemedicine while simultaneously streamlining emergency centers where split-second decisions are routinely made.

The fiber network project is meant to benefit its residents as well. For instance, high-tech companies are a specific type of business the city plans to attract to the area. Doing so will create competition among broadband carriers, which in turn will eliminate the possibility of a monopoly. This will allow for affordable and better broadband services, which will be more widely accessed by the city’s residents. In other words, competition between companies will essentially allow residents to save money. This is crucial given the fact that connectivity affects everyday life, becoming more of a basic necessity rather than a luxury. 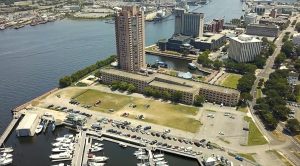 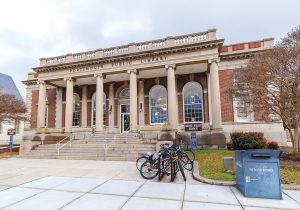 Education is one area that will be improved through Portsmouth, Va.’s, fiber network. Pictured is the Portsmouth Public Library. (Bryan Pollard/Shutterstock.com)

“This will enable everyone to be on the same page as gaps in access are minimized,” said Moore.

Jessica Bedenbaugh, business development manager for the city of Portsmouth, added, “IT is a vital part of advanced manufacturing.” Hence, the fiber network will prove valuable for logistic companies and supply chains.

Additionally, Bedenbaugh noted, “The fiber network has allowed for the creation of relationships, natural collaborations and, of course, for the city to grow.”

Overall, Moore emphasized the efforts of Daniel Jones, Portsmouth’s chief information officer, whose vision of Portsmouth as a smart city helped to make the fiber network project a reality. He realized a need to build outward, to update and expand the city’s digital infrastructure.

Importantly, Portsmouth’s project is designed to carry the city into the future, to keep up with the city’s growing needs, which will only continue to increase in the face of the demands and challenges of everyday life. Businesses will remain plugged in and residents will better be able to connect with friends and family across the country; this allows for a win-win situation for all involved.