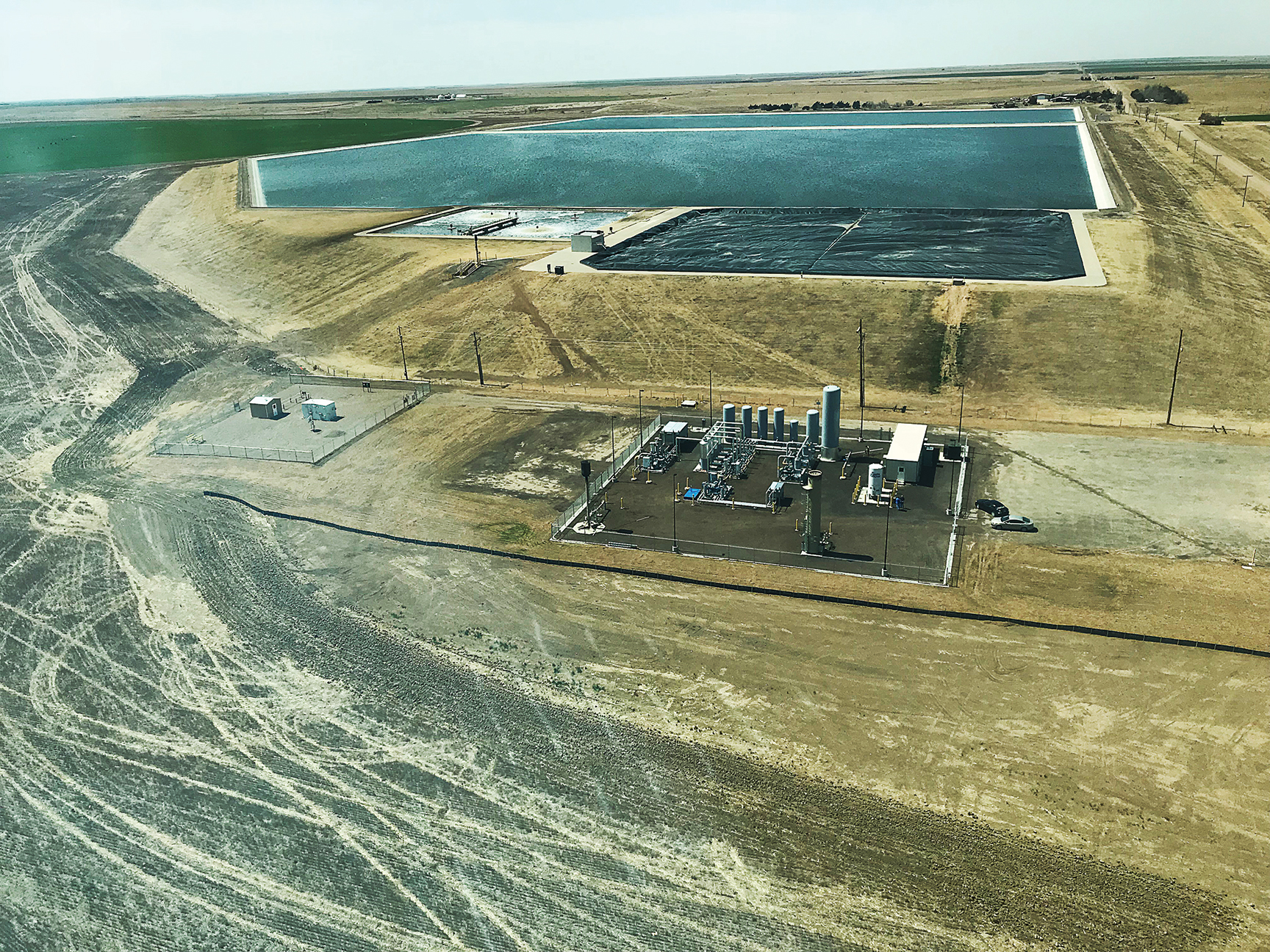 Dodge City’s Warrior Project Biogas Facility uses an anaerobic digestion process to produce raw biogas. Proceeds from the sale of this biogas will retire the debt from the facility’s construction before ultimately being used for other city needs. (Photo provided)

Dodge City, Kan., may be small, but it has a mighty renewable energy program that rivals those in larger cities.

This former frontier town’s population sits at 27,700, with most of its economic base rooted in the two beef processing facilities located there. Agriculture and tourism are also major industries. The city is taking advantage of the former, with its recently completed Warrior Project Biogas Facility, which produces energy capable of fueling vehicles domestically and abroad.

In 1984, the city of Dodge City’s South Wastewater Treatment Plant was completed and it expanded in 2004. The wastewater treatment plant is a non-discharging facility that treats 5.7 million gallons of wastewater a day sourced from the nearby National Beef packing facility and municipal waste. An anaerobic digestion process produces raw biogas, which represents an opportunity for the municipality. The move to harness the combination of wastewater biogas and nearby energy infrastructure highlights the potential for utilities to offset rising operating costs.

Director of engineering Ray Slattery spearheaded this project at the city level. He said the project may help the city’s bottom line.

“Since it is a renewable resource, (biogas) has a slightly higher value than traditional fossil fuels,” he said. “We are able to use this added value as another income source for the city.”

Slattery’s experience is not unique. According to the American Biogas Council, biogas systems leverage anaerobic digestion to recycle organic waste, turning it into energy. After simple processing, biogas can be turned into a wide variety of useful soil products, similar or identical to peat moss, pellets and finished compost. 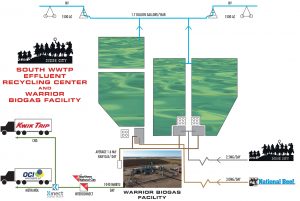 This renewable natural gas can substitute for fossil fuel natural gas for any need, including heating, cooking and driving. Biogas can also be used as fuel to make clean electricity. All of these options provide the opportunity to turn organic waste into a valuable renewable energy resource in a sustainable manner.

While Dodge City’s renewable energy program is on a smaller scale than some cities, the potential for growth of the U.S. biogas industry as a whole is significant. It’s estimated that biogas systems could produce enough energy to power 7.5 million American homes and reduce emissions equivalent to removing up to 15.4 million passenger vehicles from the road, per data cited by the American Biogas Council.

Revenue will be used to retire the debt of the biogas project and the construction of the city’s North Wastewater Reclamation Facility. After that, he said the additional revenue will be used for deferred maintenance of infrastructure, other capital improvements projects and quality of life projects for citizens.

Operationally, he said they have tweaked a few things to streamline the process.

“We were able to shut down the operation of our two existing flares since the bio-gas is now cleaned and injected into a natural gas pipeline,” he explained. “We have had a change in operation of the wastewater plant. We used to keep gas under the covers of the anaerobic lagoons pulled off so the covers were always flat on the water. Now we realize it is okay to let the covers ‘balloon’ a little bit and store the gas up so it can be processed and sold.”

Speaking of selling, Slattery said the community has been energized by the potential behind the project. In his words, “Once they know about the project, they are amazed that we are able to produce a renewable fuel from our wastewater plant that goes to fuel vehicles not only in the upper Midwest, but also in Europe.”

Slattery said all of this would not be possible without the help of solid partners, such as the wastewater treatment facility operator, engineering consultant, equipment provider contractor, marketer, etc.

His advice for other municipalities looking to pursue a similar project? “Do your homework. Have a good team put together from the start.”