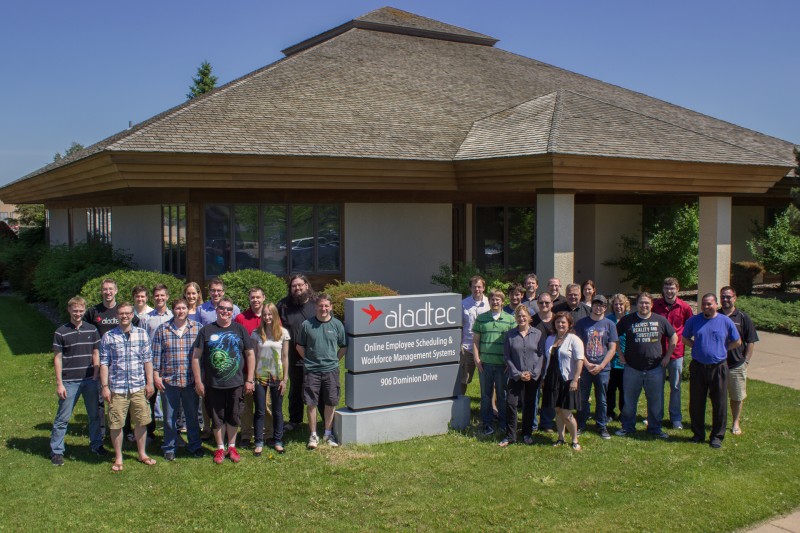 NEW YORK, August 13, 2015 — Inc. magazine just ranked Aladtec, Inc. No. 3197 on its 34th annual Inc. 5000, an exclusive ranking of the nation’s fastest-growing private companies. The list represents the most comprehensive look at the most important segment of the economy—America’s independent entrepreneurs. Companies such as Yelp, Pandora, Timberland, Dell, Domino’s Pizza, LinkedIn, Zillow, and many other well-known names gained early exposure as members of the Inc. 5000.

Aladtec was founded 10 years ago and is headquartered in Hudson, Wisconsin.  They provide online employee scheduling and workforce management software solutions to over 1,400 organizations primarily within the Public Safety Sector. More that 90,000 people use the system and in excess of 400 million hours have been scheduled using Aladtec.

“When we began Aladtec back in 2005, we were just trying to help a few local ambulance companies, and hoping the effort could someday break even,” states David Feyereisen, founder and CEO, Aladtec Inc., Hudson, WI.  “We never imagined this kind of growth, and it never would have happened without the hard work of our talented employees and the wonderful word-of-mouth advertising we received from numerous customers.”

The 2015 Inc. 5000, unveiled online at Inc.com and with the top 500 companies featured in the September issue of Inc. (available on newsstands August 18 to September 22) is the most competitive crop in the list’s history. The Inc. 5000’s aggregate revenue is $205 billion, generating 647,000 jobs over the past three years. Complete results of the Inc. 5000, including company profiles and an interactive database that can be sorted by industry, region, and other criteria, can be found at www.inc.com/inc5000.

“The story of this year’s Inc. 5000 is the story of great leadership. In an incredibly competitive business landscape, it takes something extraordinary to take your company to the top,” says Inc. President and Editor-In-Chief Eric Schurenberg. “Business owners don’t achieve that kind of success by accident.”

More about Inc. and the Inc. 500|5000
Methodology:
The 2015 Inc. 5000 is ranked according to percentage revenue growth when comparing 2011 to 2014. To qualify, companies must have been founded and generating revenue by March 31, 2011. They had to be U.S.-based, privately held, for profit, and independent–not subsidiaries or divisions of other companies–as of December 31, 2014. (Since then, a number of companies on the list have gone public or been acquired.) The minimum revenue required for 2011 is $100,000; the minimum for 2014 is $2 million. As always, Inc. reserves the right to decline applicants for subjective reasons. Companies on the Inc. 500 are featured in Inc.’s September issue. They represent the top tier of the Inc. 5000, which can be found at http://www.inc.com/5000.
For more information on Inc. and the Inc. 5000 Conference, visit http://www.inc.com/.
For more information contact:
Inc. Media
Drew Kerr
212-849-8250
drew@four-corners.com