↓
Home→Fleet Service & Management→Going electric with public transit: Is it for your municipality? 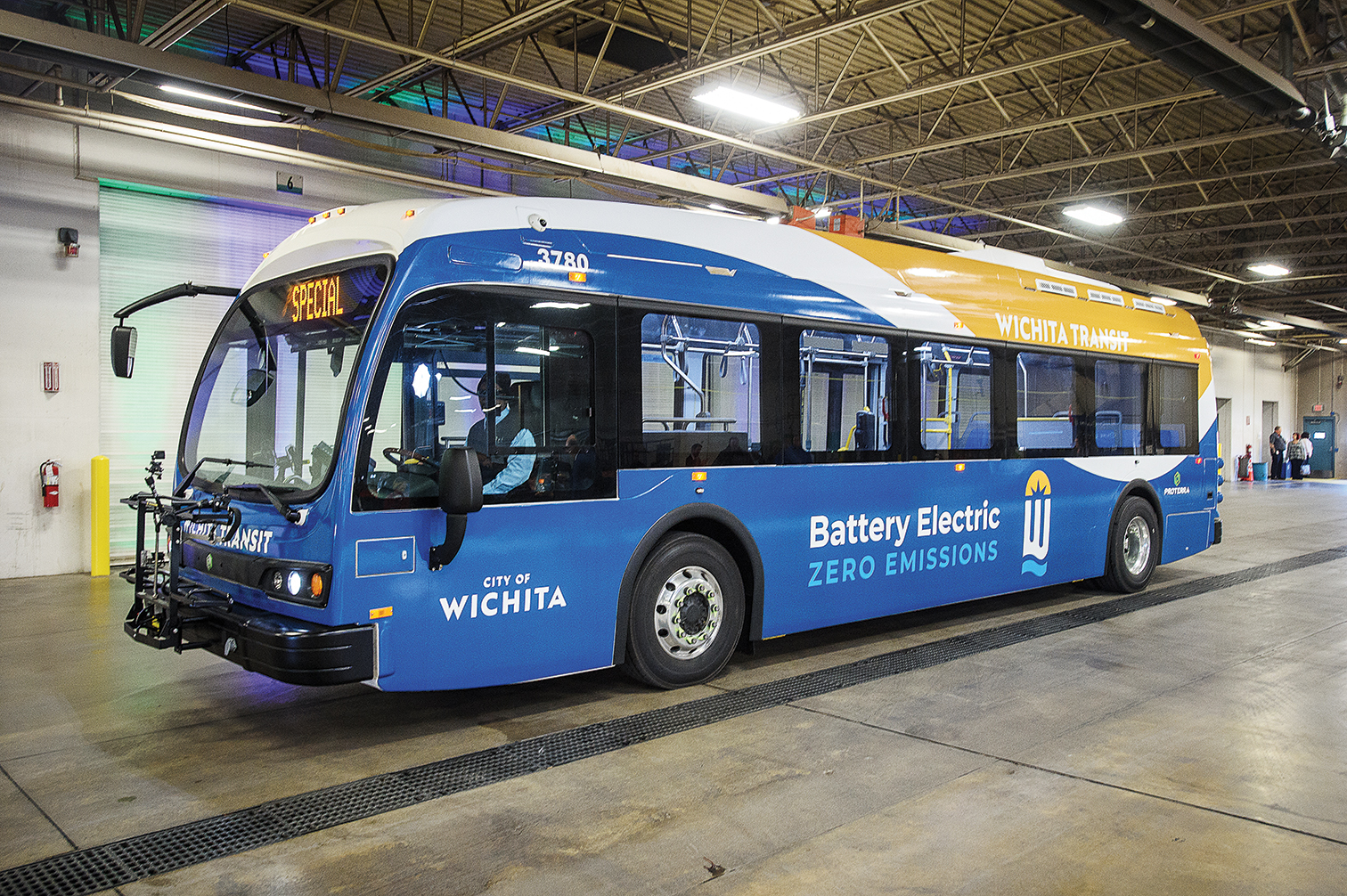 This is one of the Proterra electric buses that the city of Wichita, Kan., added to its fleet. (Photo provided)

As more facts about carbon emissions’ affect on climate change become known and as fuel prices fluctuate, more municipalities are considering renewable sources of energy for city operations. One way some cities and towns are doing this is by the electrification of their public transit systems.

According to a 2017 article by Green Car Reports, “One third of new transit buses will be electric in 2020.”

Los Angeles ordered over 100 buses, and it, along with Seattle and several other cities, has committed to purchasing only electric after 2025.

That same article stated since buses “operate on predictable routes at scheduled times and within predefined areas coordinating the installation of charging infrastructure is somewhat easier compared to cars.”

While still a fairly new endeavor, two municipalities spoke to The Municipal about their experience with electric buses.

Michael Tann, city transit director of Wichita, said the city looked at other alternative propulsion options like compressed natural gas before electricity but decided the cost of conversion was higher than Wichita wanted.

Tann mentioned his former city, Erie, Pa., was pretty heavy into CNG. Because of the federal low-no emission bus grants available through the Federal Transit Administration, the city decided to go that route to replace old trolley buses.

It submitted its grant application in August 2018 with the help of Proterra, an electric bus manufacturer.

Tann said, “We told them we’d only be purchasing electric buses moving forward.”

In November 2018, Wichita was awarded enough to purchase four buses and the infrastructure needed to charge them. It also partnered with local energy company Evergy, which awarded the city a $55,000 matching grant for infrastructure that helped put in the charging station. Tann said Evergy signed an agreement with Wichita and the entire state of Kansas that any city using electric buses will get a reduced rate of electricity from 7 p.m. to 6 a.m. 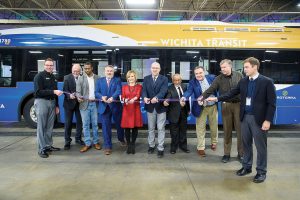 Wichita has received an over $2 million grant to replace its aging trolleys, but that wasn’t enough to purchase all Proterras so it asked the federal government if it could also use that money to get refurbished electric buses.

Between the Proterra buses and the Complete Coach Works, Wichita has a total of 11 buses out of the 40 it has on the street.

“We were able to maximize our buying power,” he said.

The goal is to get Wichita’s fleet to 50-50, and right now, it has the infrastructure capacity for 15 buses without adding anymore charging stations. The plan is to add more in four to five years, and one reason is the “battery technology is evolving so fast.”

Tann related that now the batteries can run about 140-150 miles on a charge. “We don’t run any routes that long,” he said, noting his city’s public transit system works perfectly with the operating parameters of the electric buses.

The buses operate Monday through Saturday until 7 p.m., and Wichita is flat and very straight so the routes are not hard on the buses.

Wichita is very “car-centric,” according to Tann, with a lot of families owning four cars. In Wichita, it’s possible to drive from one end of town to the other in 15 minutes. So he said the motivation for most residents to ride the bus is the cost of a vehicle or the impact they can have on the environment by using public transportation.

When the younger generation gets familiar with riding the bus to and from school, then they start riding it to go shopping or visit friends and may continue riding it to reduce their carbon footprint.