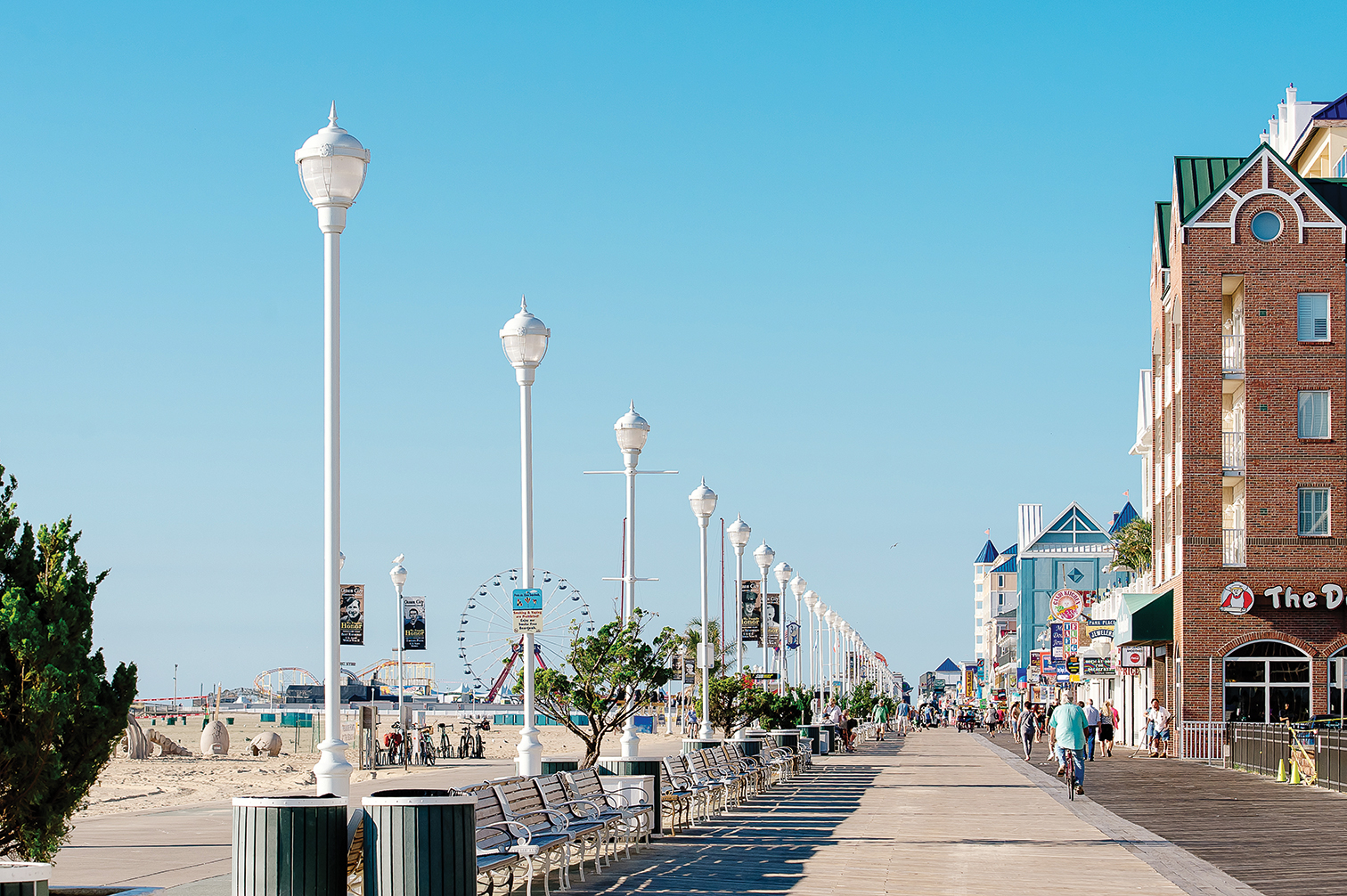 The 2.5-mile boardwalk offers a stout workout on foot, a leisurely bike ride or a relaxing trip by tram.

The small town of Ocean City, Maryland, with about 7,000 residents, opens its doors — or rather its boardwalk — to 8 million visitors every year.

The influx of visitors necessitates a stratospheric ratio of amenities per capita. Ocean City boasts 10,000 hotel rooms, 25,000 condominium units and more than 200 restaurants. Seventeen golf courses are available within a short drive of the town. 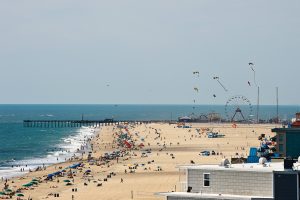 The Travel Channel hailed the classic boardwalk as America’s best, National Geographic named it one of the country’s top 10 and USA Today dubbed it one of the nation’s best boardwalks for food.

Marking the southern terminus of the boardwalk is Jolly Roger at the Pier amusement park, which features a roller coaster, Ferris wheel, bumper cars, kiddie and wave pools, funhouse, midway and arcade games and a “Ripley’s Believe It or Not!” museum.

The Trimper’s Carousel, created in 1912, is the oldest continuously operating carousel in the United States. Nearby is a 1902 two-tiered merry-go-round with elaborately painted animals and benches, mirrors and felicitous decorations.

Notable landmarks along the way include:

• A U.S. Coast Guard tower. Construction began in 1934 and the tower was employed to watch for German U-boats during World War II. 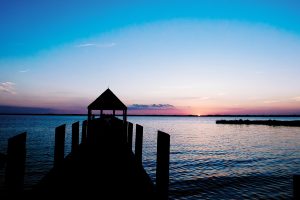 Early bird visitors can catch a glimpse of a stunning sunrise over the Atlantic Ocean.

• Ocean City Life-Saving Station Museum, which houses museum exhibits that portray the history of the U.S. life-saving service and the town. The first life-saving station was erected in 1878 and was expanded in 1891. The long-abandoned building was saved from demolition in 1977 and was moved to its current location. Exhibits include Davy Jones’ locker, Boardwalk of Yesterwday and aquariums featuring local marine life.

• An oak carving of an Assateague Indian, created in 1976 by artist Peter Toth, who has donated totem carvings to all 50 states. The tree used for the carving was more than a century old.

Melanie Pursel, president and CEO of the Greater Ocean City Chamber of Commerce, offered a 10-point plan to maximize one’s experience on the boardwalk:

• Walk the whole thing. “You’ll enjoy stunning water views and tons of window shopping while getting a seriously heart-pumping workout,” she said.

• Borrow some wheels, including a tram, bicycle or surrey.

• Shop ‘til you drop. “The blend of quirky, bizarre and beautiful makes shopping a real treasure hunt.”

• Eat your heart out. “Leave your diet at home.”

• Tune in to beach music, including street performers, live music in some of the restaurants and bars and music during the weekly laser shows and beach concerts.

• Entertain your kids, including family-friendly Beach Olympics and Movies on the Beach. 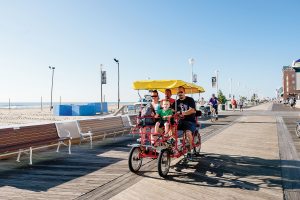 Foot-pedaled surreys are available for rent to make the trek up and down the boardwalk less strenuous.

• Stay on the boards in one of the dozens of hotels, motels and condos that line the boardwalk.

• Move beyond the boards onto “cozy, brick-lined streets with a decidedly downtown vibe. If you’ve already done the boardwalk, you’ll find there is still much more to explore.”

“If you get up early enough you can catch the pristine sunrise over the Atlantic,” said Pursel. “Also, be sure to stay for the fireworks on Thursday nights throughout the summer.”

The first boardwalk, a modest stretch of a few blocks, was constructed in 1902 by several hoteliers who, according to www.oceancity.com, “decided they and their guests needed a way to walk easily between their places of business while enjoying the view of the ocean.” That portable first version was “removed at high tide and stored on the hotel porches.”

The first permanent section, which ran five blocks, was constructed in 1910. Subsequent lengths were added, but the boardwalk was destroyed by a storm in 1962. It was rebuilt to its current length and underwent a complete renovation in 2012 “whereby the old splintering and rotten boards were replaced with new wood, while retaining the old-fashioned feel of its historic past.”

The boardwalk is open 24/7 year-round, but the businesses maintain various hours and some are only open during the peak tourism season between the Memorial Day and Labor Day weekends.

NEXT: Going electric with public transit: Is it for your municipality?