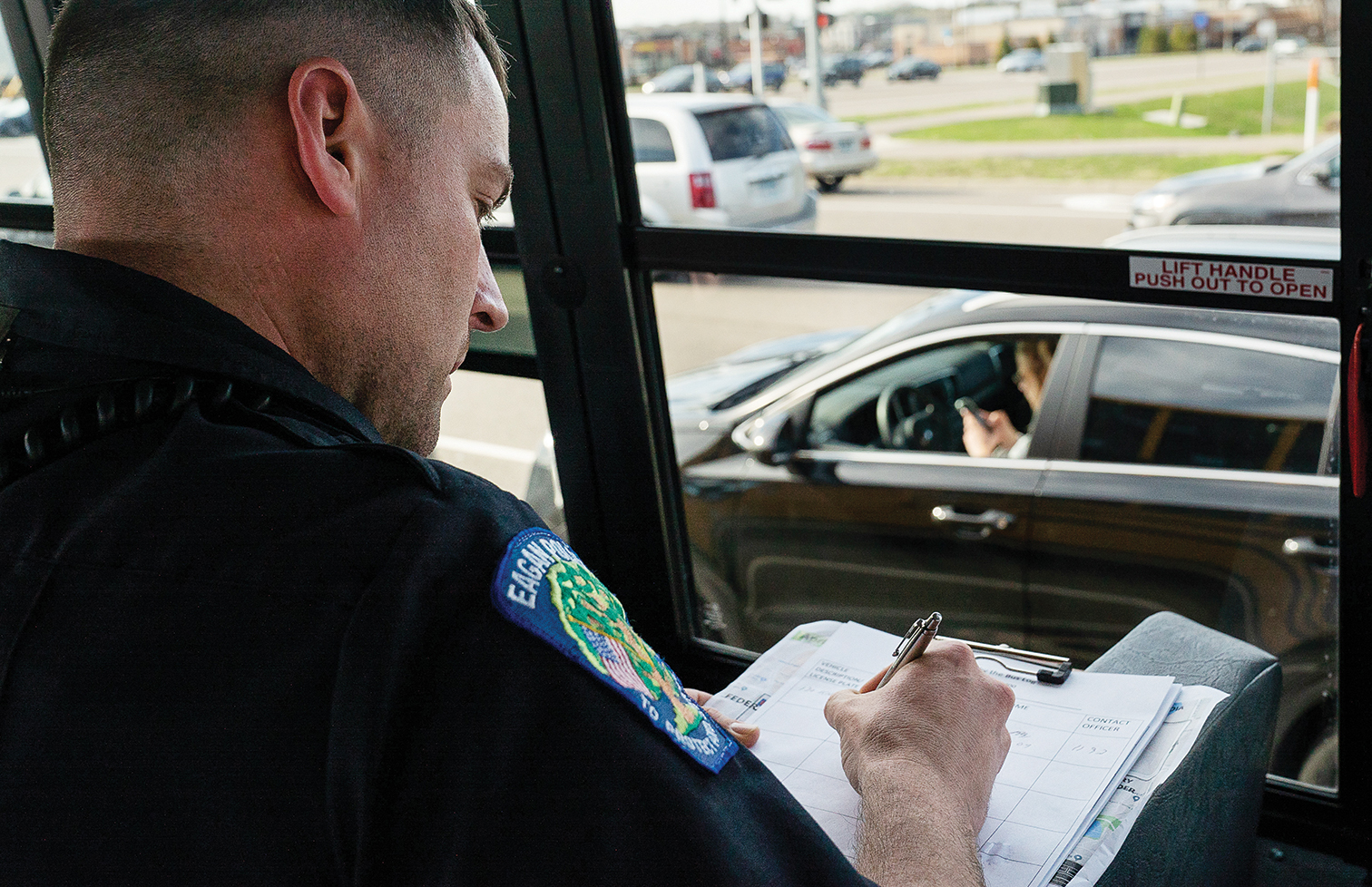 Eagan Police Officer Chris Meade records the license plate of distracted driver next to the bus during the Busted by the Bus Initiative. (Photo Provided by Eagan Police Department)

As motorists around the country continue to ignore school bus regulations, accidents and even deaths involving school buses seem to be on the rise.

This operation involves placing an officer on a school bus as children are picked up during the normal routes. As officers ride along, they keep an eye out for school bus violations. If they observe a violation, they alert a fellow officer who is following the bus in a separate vehicle.

“We really thought it was important to invite the other jurisdictions,” said Perrysburg Township Police Lt. Matt Gazarek. “We really wanted to have a multi-jurisdictional effort, hopefully to impact the safety of our children and educate the motoring public on the importance of school bus safety.”

Not only are the officers educating the public about school bus safety, but they’re making an impact on local schoolchildren as well.

“They see us on the bus; they have time to talk to us,” said Gazarek. “We want kids to be comfortable coming to us if they have issues, and by doing this, we’re right there with them. We really thought it was a cool thing to do for the kids and to also get the information out to the public.”

The departments have completed Operation Big Bird twice since it originated in September 2019. During their latest operation, 98 school buses were followed throughout the week and 11 different officers were placed on buses.

“The whole objective in the end is to make sure you’re making the public aware of what’s going on,” said Mezinger. “Our goal isn’t to go out and write a bunch of tickets. Our goal is to go out and have zero school bus violations.”