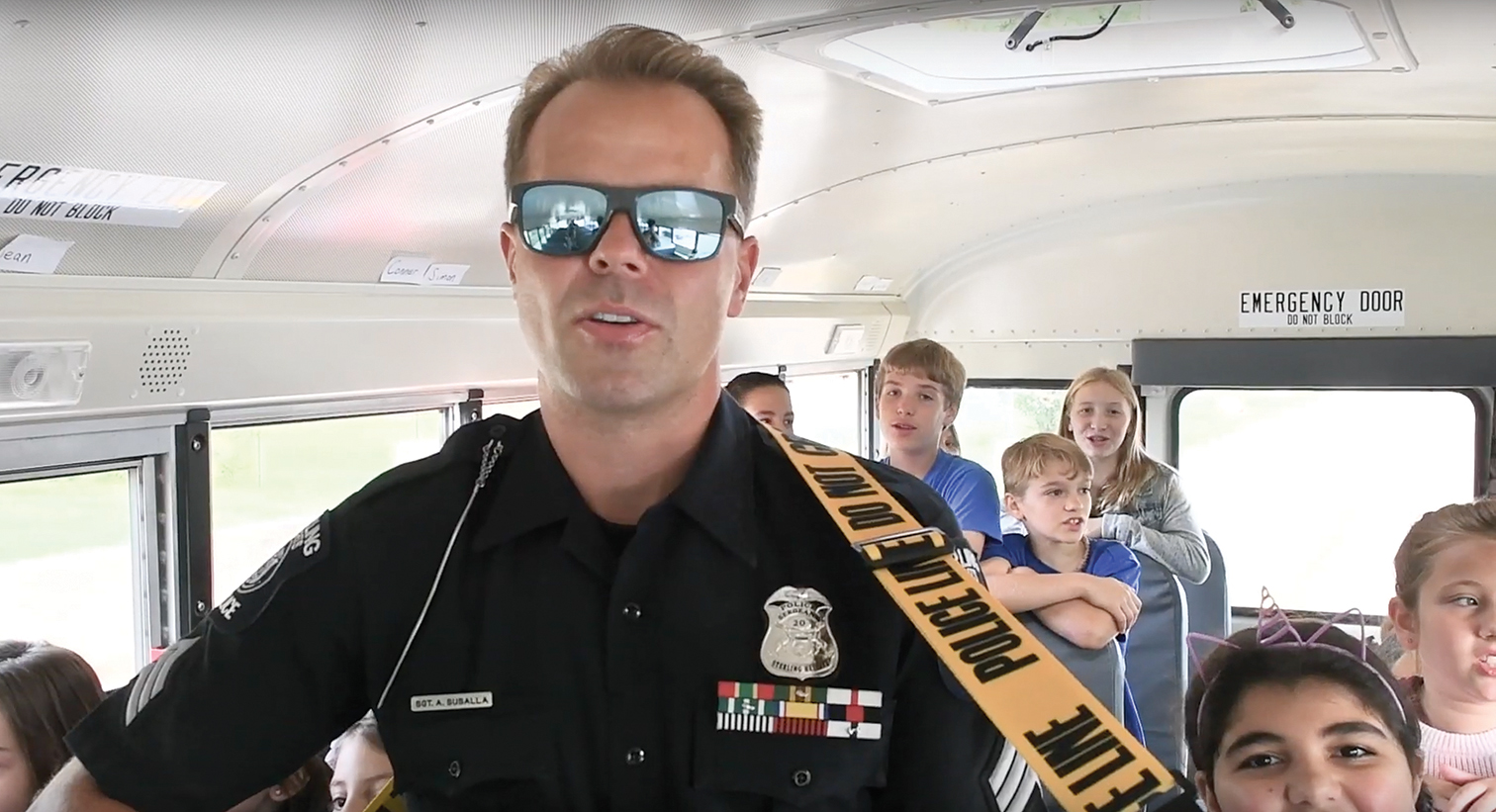 Seen here is an image from Sterling Heights Police Sgt. Aaron Susalla’s video “Hit the Brakes,” which was made to spread awareness of school bus safety. (Image from YouTube)

“From our Facebook page, we were getting a lot of messages about how people were disregarding school buses,” said Susalla. “It just seemed like the public still wasn’t getting it because of the amount of violations we were still seeing … (The department) came up with the idea to make a song to ingrain it in people’s minds and to give them the knowledge that they need to stop for a school bus.”

In October 2019, Susalla wrote lyrics to the tune of “Love Yourself” by Justin Bieber. He enlisted the help of students at W.B. Browning Elementary to create a music video to accompany his original lyrics, titled “Hit The Brakes.”

The chorus of the song is as follows:

“We don’t like it when you pass the school bus,

Cause the ones in danger are all of us.

And now we know, we’re not standing on our own.

Because if you like to keep all of us safe,

Then maybe you should go and hit your brakes.

If the red lights are flashing, then we won’t be far

So maybe you should go and stop your car.”

According to Susalla, the overall reaction from the video has been nothing but positive.

“Everyone who has actually seen these violations take place in the community, they were extremely proud of the police department for doing something so innovative as to make a music video to help keep the children safe and everyone else safe in the community,” said Susalla. “When you can put some kind of line together that has a little bit of tune to it, it’s easier for people to remember versus just giving a lecture about the importance of school bus safety.”

For those wanting to see the video, it can be found on YouTube as Susalla “Hit The Brakes” or on the Sterling Heights Police Department’s Facebook page.

NEXT: AFADs rolled out in construction zones