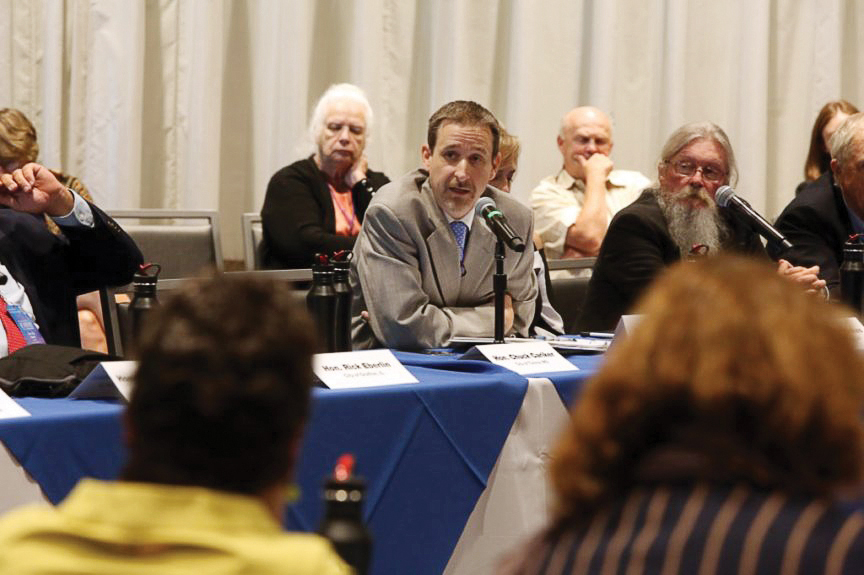 There’s power in numbers. That’s the idea behind the Mississippi River Cities and Towns Initiative, a coalition of 95 mayors from 124 mayor-led cities on the Mississippi River. A vast majority of mayors are in the association, and the mayor members are finding numerous benefits from being part of this initiative.

The MRCTI formed in 2012. Executive Director Colin Wellenkamp said it has a sister group of mayors on the Great Lakes, which has had great success.

“We got inspiration from that,” he said. “The push was the record-breaking 2011-2012 year where we had a 500-year flood event, a 50-year drought and Hurricane Isaac all within a few days so we thought, ‘Let’s do it now; we’re getting our teeth kicked in.’”

One of the main goals of the MRCTI is making the Mississippi River corridor more resilient.

“We’ve had significant climate impact with storms unprecedented in duration and severity.” Wellenkamp added, “This is the new normal now.”

He said, “These events are too large and too frequent for a mayor to just wall off his city—but as an association they can work together.”