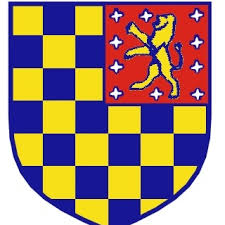 There is no mistaking the European heritage of Lewes, Delaware, in its city seal.

The seal prominently features a heraldic lion in rampant posture, an image common to several Dutch and English provincial and municipal flags.

The city, now boasting a population of 3,233, is situated on the Delaware Bay adjacent to the North Atlantic Ocean. Lewes has historically been an important seaport, whaling venue and trading post.

The area was discovered in 1609 by English sea explorer and navigator Henry Hudson and was first settled by a contingent of 32 Dutchmen in 1631.

The municipality underwent a series of starts and stops, some tragic, during its history:

Lewes was established as the county seat of Sussex County until 1791, when it was moved to Georgetown, a more central county location.

Lewes was visited during the latter 17th century by Captain William Kidd and his band of pirates and suffered a cannonball bombardment by British naval vessels during the War of 1812. The attack was ineffectual, but one cannonball is lodged in the foundation of the building now used as the town’s maritime museum.

As the first settlement in Delaware, the inaugural ratifier of the U.S. Constitution, Lewes hails itself as “The First Town in the First State.”

Some of the town’s structures are more than 400 years old. The Zwaanendael Museum features many exhibits about the history of Lewes.