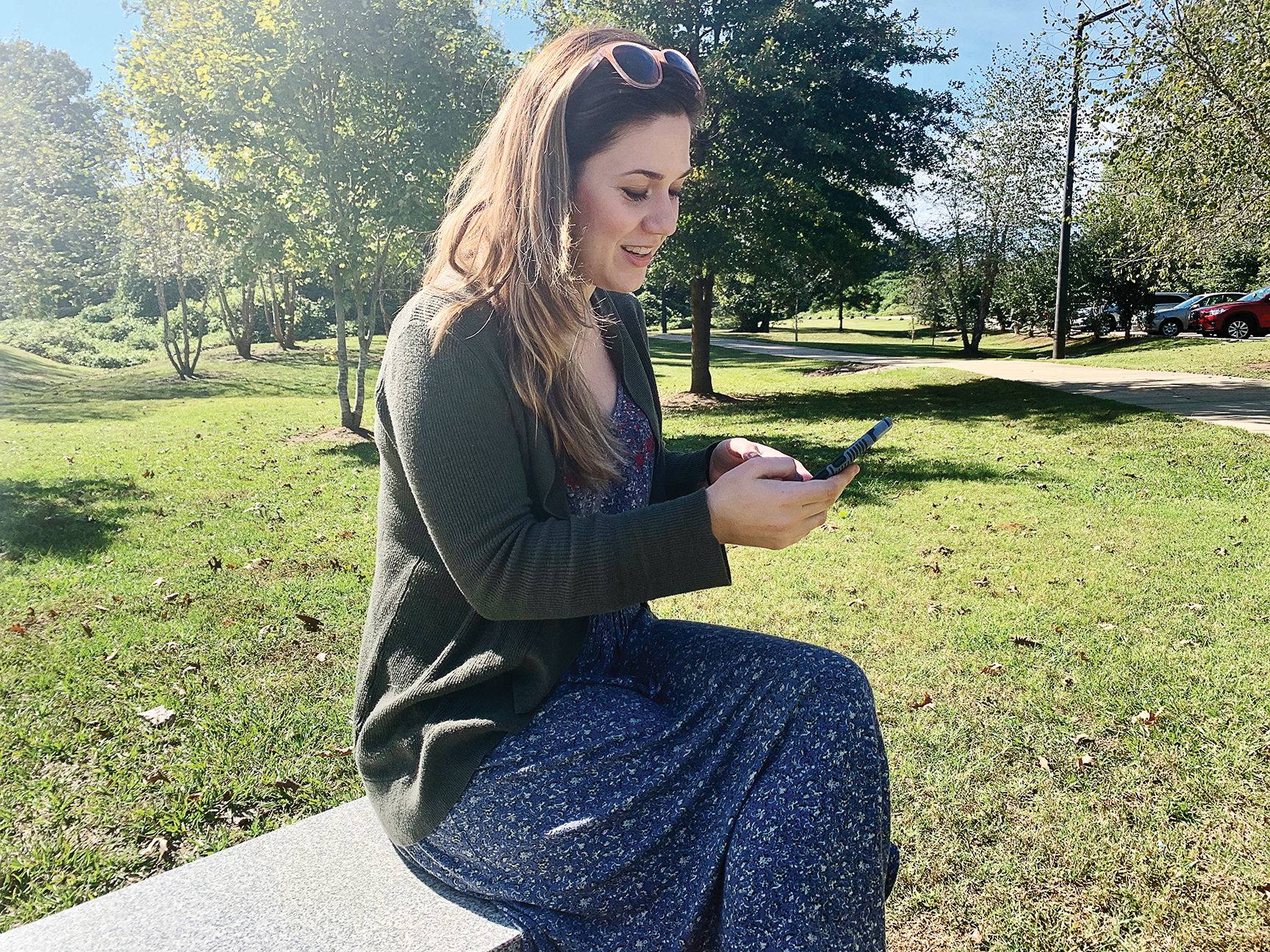 Innovation is making the rural library system in Milledgeville, Ga., even more essential to the surrounding community thanks to a recent technology known as TV White Space.

TV White Space captures the unused space between digital signals coursing through the air to power Wi-Fi networks, especially in areas that are underserved by regular internet providers. In Milledgeville, the supercharged signals are joining the Twin Lakes Library System to three city parks to make the internet accessible to more residents in the rural Georgia town.

The Twin Lakes system is one of only eight public libraries nationwide that received a grant from the Institute of Museum and Library Services to make Wi-Fi accessible to local residents. 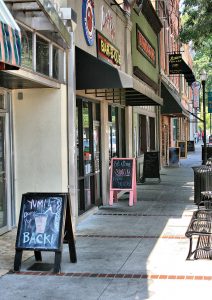 Since adding TV White Space equipment in three parks, Twin Lakes Library System has clocked 2,000 logins a month, making this method of tapping into the internet an invaluable addition to the community. Pictured is downtown Milledgeville. (Jim Davis/Flickr.com, https://creativecommons.org/licenses/by/2.0/)

The Twin Lakes Library System is located in Baldwin County where the communities have high poverty rates, community members without reliable transportation and low numbers of library card holders. “I think we are able to reach people where they are in their point of need, if they can’t make it down to the library,” Twin Lakes Library System Director Stephen Houser said, noting basic needs such as homework help for students and job applications require internet access, which some in Milledgeville cannot afford.

“Our state librarian, Julie Walker, first alerted me to the grant program,” Houser said. “She felt it was a good fit for our rural library system.”

Beyond the everyday needs that the Wi-Fi system serves, the TV White Space system can provide access to communities during emergencies such as tornadoes, hurricanes and wildfires, explained Don Means, director of Libraries Whitespace Project created by Gigabit Libraries Network. “These systems become a kind of second responder in times of emergency.”

In fact, the versatility of TV White Space systems makes it possible for libraries to connect with schools, clinics, hospitals and other institutions during a regional emergency by means of a project called SecondNet. Hot spots can be redeployed and placed strategically to create a backup communication system. “It makes communities far more resilient in emergencies,” Means said.

Even during the everyday routine use of the TV White Space system, hot spots can be moved for the convenience of the community it serves.

“For instance, in Manhattan, Kan., one of the units is moved from the city swimming pool in the summer to the ice rink in winter,” Means added.

The system in Milledgeville is available in three city parks, two of which are located in neighborhoods where poverty and unreliable transportation are issues. The service “covers three directions from the library … those that we felt had the clearest path from the library’s radios to the receiving units,” Houser continued.

The collaboration between the library system and the park system in Milledgeville has been an incomparable match.

“Being a small rural town, we benefit greatly when we partner with other agencies in town. We are able to be more than the sum of our parts when we can partner on projects…especially with grants,” he added. 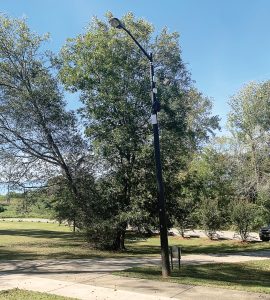 TV White Space equipment is shown on a streetlight at one of Milledgeville’s parks. (Photo provided)

Milledgeville added $1,000 to the $15,000 IMLS grant to bring the system online in June 2019, about two years after the grant was awarded. “We had some technical and equipment issues that we had to work through, but we kept at it and made it work,” Houser said.

The Wi-Fi system is open to anyone who can access it. Houser said the library is already seeing about 2,000 logins a month. Since the parks are outdoors and the weather in Georgia was hotter than usual this summer, library and park officials did not expect such active use of the system.

While they know how many logins they’ve had, they have not tracked what the patrons are searching on the internet. Houser noted, “We’re big on patron privacy, so we don’t track what the usage is for, though we work with our internet service provider to filter certain content out.”

The library plans to host a series of community events starting next spring to promote the system and give it a “big push” in the community.

Means said the TV White Space project is an essential part of increasing the value of libraries to the communities they serve. “We believe the best way to design a community is to design its library. This project helps libraries go beyond the walls to serve the community.”

NEXT: Cities show pride in heritage with unique holiday traditions