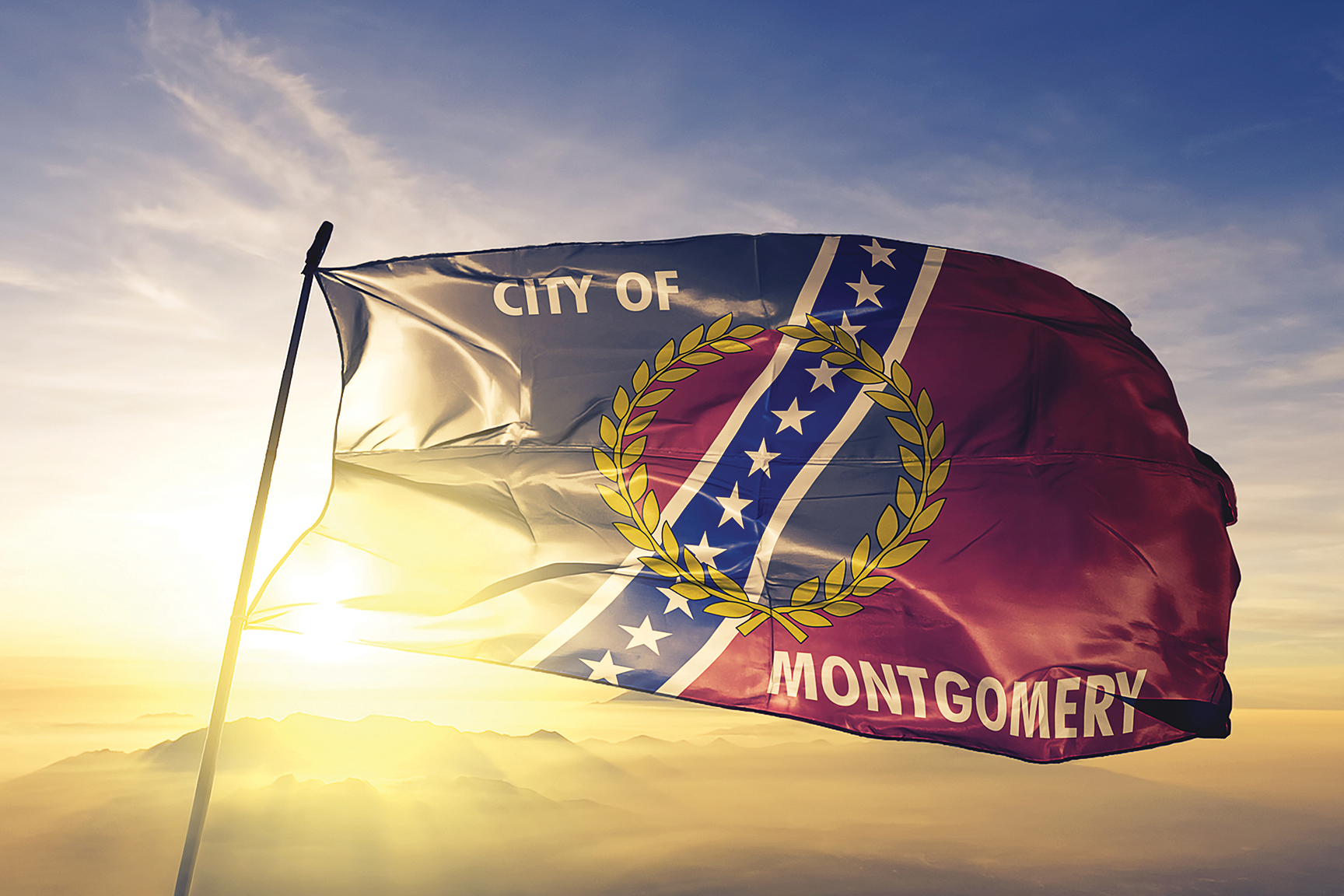 The city of Montgomery, Ala., has recently been recognized for its technological advances in becoming a smart city. It began with a collaboration and consultation between technology advocate and entrepreneur Boyd Stephens and Mayor Todd Strange. Their goal was to bring the vision of open data and internet of things to life in Montgomery.

As one of the first cities to adopt an open data policy, Montgomery has worked toward increasing transparency and accountability while also better engaging residents.

“Launched in 2015, Open Data Montgomery was the city’s first foray into the smart city space and is the foundation of our efforts to better serve residents by doing more with less thanks to aggregated information and data-based decision making that helps us optimize government processes by maximizing efficiency,” Griffith Waller, public relations specialist for the city, illustrated.

With the use of Socrata software, the city has been able to help unlock government legacy system data silos. Employees are empowered to work smarter to reduce redundancies and keep a record of their biggest accomplishments. This leads to an increased quality of life, economic development and operations.

The initial launch included data sets comprised of information and interactive maps on street paving. Direct access to the interactive register, budget and spending tool and city employee salaries was then offered to the public, ultimately leading to an increase in trust of the local government.

“In the near future, we will further optimize this website by enhancing user experiences to allow for easier comprehension of this massive treasure trove of information,” he explained.

In 2016, the Montgomery Internet Exchange came online as the first internet exchange point in Alabama and one of only four in the Southeast. It was a collaboration between the city, county, chamber of commerce, research universities, air force base and the Cyber College of the Air Force. Waller recalled, “The Montgomery Internet Exchange was one of the initial sparks in Montgomery’s Smart City journey and provides the technological infrastructure and capabilities to do everything we’re now implementing.”

Since its implementation, MGMix has brought Fortune 100 clients and several technological and startup businesses to the community.

According to Waller, the lab was a “joint venture guided by the Montgomery Smart Community Alliance, a group comprising the city, county and Montgomery Area Chamber of Commerce, that serves as a testing ground for new high tech projects.”

This lab helps to connect the city’s business and entertainment area with the Maxwell-Gunter Air Force Base and Alabama’s Capitol Complex. He explained, “The convergence of advanced infrastructure, including a fiber network and the Montgomery Internet Exchange, helped cement this development along with our collaborative approach. The Living Lab currently features fiber optic infrastructure; IoT capabilities as a result of the expansion of Montgomery’s open data portal; free high speed public WiFi; conversion of streetlights to LED; and smart parking solutions.” Once these various concepts and projects are tested and proven to be successful at the Living Lab, they can then be implemented citywide. 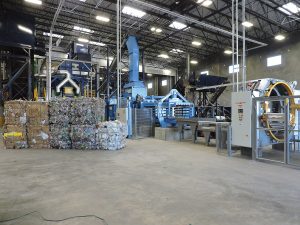 Montgomery’s recycling and recovery facility has drastically increased recycling rates by turning trash into treasure. The facility’s operator, RePower South, not only sorts and streamlines the recycling process in Montgomery but it turns waste into renewable fuel for industrial partners. (Photo provided by the city of Montgomery) 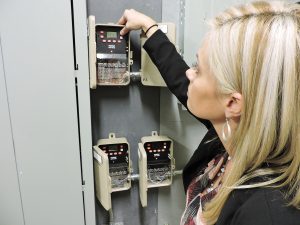 Cenergistic energy specialist Charlotte Prestridge optimizes settings in the city’s energy nerve center as part of the city’s partnership with Cenergistic. Cenergistic’s energy efficiency strategies have helped save Montgomery more than $2 million in utility costs since 2016 and led to several city facilities, including city hall, achieving ENERGY STAR certification. (Photo provided by the city of Montgomery) 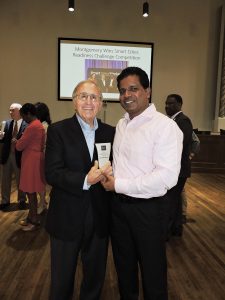 Members of Montgomery’s innovation team, Carl Barranco and Savio Dias, hoist the trophy for Montgomery’s victory in the 2019 Smart Cities Readiness Challenge competition. (Photo provided by the city of Montgomery)

In February, a new police and community technology initiative was launched by the Montgomery Police Department. The River Region Strategic Technology and Resource Center is a state-of-the-art project using video feeds throughout the city to utilize police resources more efficiently.

“It’s built around a real-time crime center that taps camera feeds from across the city to better protect and serve Montgomery residents,” Waller described. Businesses, residents, schools and neighborhoods are able to volunteer to be a part of the program and share their camera feeds with the police department via the STAR Center.

In June 2018, a pilot program was launched with Rubicon Global LLC for six months. “The software incorporates AI and machine learning into everyday sanitation processes to improve efficiency and service,” Waller shared. “This technology helps to optimize daily operations and ultimately find myriad efficiencies and thus cost savings from fleet and equipment repair costs to manpower and overtime.”

Following the successful pilot program, the sanitation department entered into a three-year agreement with Rubicon to equip over 60 municipal vehicles with this smart city software. The software includes a phone app so key metrics, such as service confirmations, missed pickups and issues at the curb, can be tracked. This allows the fleet management department to collect the data and track vehicle usage and maintenance needs in real time, preventing vehicle failure and other costly issues.

The phone app also allows the sanitation fleet to act as mobile data collectors with the ability to flag potholes and fallen limbs along their route.

“Rubicon is also one of our best examples of a department head and a cabinet member seeing a need, hearing about the company and then finding a way to test its solutions,” Waller described.

Another AI-based pilot program, Roadbotics, began in July 2018 to address paving priorities throughout the city. “It has since offered a much more comprehensive analysis of Montgomery’s infrastructure needs at a fraction of the time and costs associated with those in previous years,” Waller explained. “Along with freeing staff resources, the program uses AI and machine learning to pinpoint road issues undetectable to the human eye and defects that could snowball into larger issues down the line.”

The benefits of this proactive approach will be seen in future taxpayer savings and longer lasting roads.

As a winner of the smart city distinction in the Smart Cities Challenge competition, Montgomery was given the opportunity to host a readiness workshop with fellow municipal leaders and private innovators. Montgomery shared the outlined plans in its winning application while leaders shared solutions for ongoing challenges.

“Following this workshop, we will now move forward to the implementation phase for some of the new projects that came about as a result,” Waller expressed. “We’ll then record the results as a blueprint for other cities.” As a winner in the Smart Cities Challenge competition, the city also gained access to the Project Activator Tool, which offers guidelines, reviews and best practices to help lower risk with new technology investments.

In August, Montgomery was awarded the Government Innovation Award for the city’s partnership with Rubicon. The city has also won two Smart 50 awards in the mobility and urban operations categories and been recognized both statewide and nationally for high tech GDP growth.

“Each award strengthens our team’s resolve to adopt practical, high tech solutions that better serve residents, add to our quality of life and expand access to the tools and technology needed for future success,” Waller emphasized.

Each of these programs have stemmed from the need to find a new and innovative solution. Some solutions have replaced outdated legacy systems while others help lead to bigger savings at no additional cost to taxpayers. “The Smart City initiative as a whole also ensures we remain competitive and attract new economic opportunity to our community,” commented Waller.

“Our ultimate goal is to enhance overall quality of life and quality of place in Montgomery,” Waller stated. “Whether we do that by leveraging technology and innovation to enhance residential service and expand opportunity in Montgomery, partnerships and collaboration have been key to our progress and several national awards, which have positioned our community a leader among smart cities.”