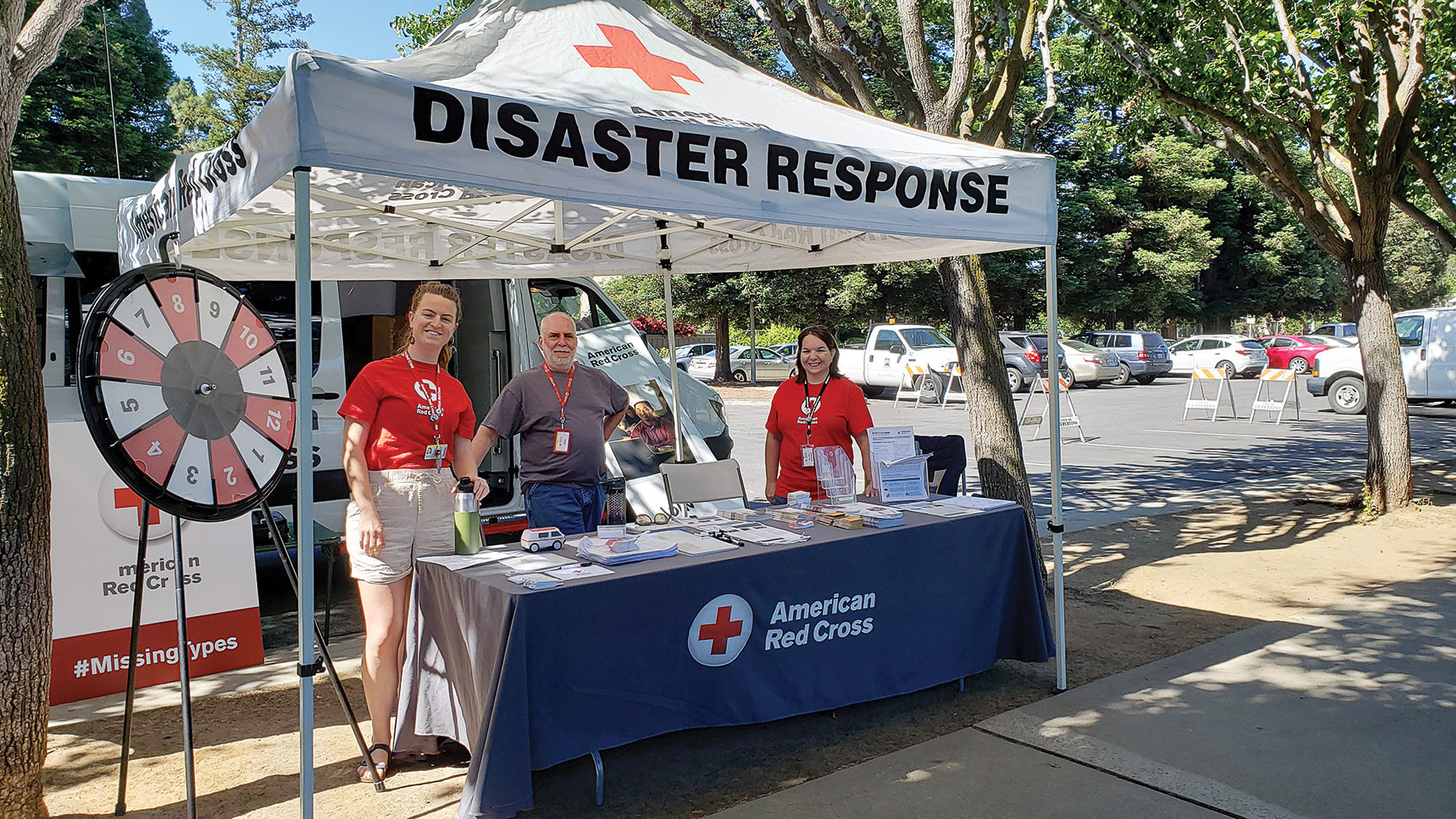 In Cupertino, emergency preparedness classes began in 2004 or 2005, and the city tries to make them available on a monthly basis. Workshops can also be requested for neighborhood events such as block parties. The Red Cross provides a number of services from shelter, food and water in a disaster. (Photo provided)

Prepare Cupertino was a free community preparedness fair held Saturday, June 22, in Cupertino, Calif. Clare Francavilla, emergency services coordinator, explained, “This fair was a way to inform Cupertino’s community members about the importance of getting prepared for an emergency and the simple steps to get started.”

In the past, the city had done similar fairs, but one had not been held in a few years. This year marked the second annual preparedness fair. The first was held June 23, 2018. “When I came on board with the city in November 2017, the first action item I had for myself was to have a preparedness fair, hopefully annually. So far we’re two for two,” Francavilla commented.

Planning and preparation for the fair begins three to four months prior to the event date. The fair was set to take place the fourth Saturday in June so it could be combined with the nationwide field day for ham radio, a day when the city’s amateur radio emergency services team is set up to talk to radios across the country. “The fair is to be a very focused event, in which all vendors would talk to our community members about personal preparedness or their organization’s response and recovery efforts,” she described.

Contact with vendors begins months in advance so Francavilla can ensure the event has information booths, hands-only CPR training and instruction on how to use a fire extinguisher. Vendors with response vehicles — such as a fire truck, ambulance, the Red Cross and the Valley Water’s H2O on Wheels — are also contacted for the Touch a Truck portion of the fair.

Approximately two months in advance, Francavilla sends out formal invitations so vendors know the fair’s exact date, time and location. Two weeks prior to the event, reminders are sent out. At the beginning of the week of the preparedness fair, a “see you Saturday” reminder follows.

All of the city’s preparation and planning paid off for this year’s fair. “The fair included information booths manned by our disaster response partners, such as fire and sheriff, American Red Cross, Tzu Chi, H.O.P.E. with their response comfort dog teams and many more,” Francavilla outlined. “Our community members got free hands-only CPR training. There were emergency response vehicles in attendance so adults and children alike could learn more about these vehicles and what they do. And each family received a free backpack and giveaways to start their own emergency kit for signing up for AlertSCC, our mass emergency notification system.”

Prior to the fair, Francavilla must also ensure that the items for these backpacks are purchased and put together. Items in the backpacks include safety goggles, gloves, a whistle, flashlight, glow stick, moist wipes, face mask, rain poncho and a deck of cards.

Thanks to this year’s fair, Cupertino now has approximately 550 community members who are more prepared for an emergency. 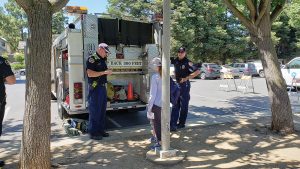 One of the unique programs that comes out to the Cupertino preparedness fair to helm an information booth is H.O.P.E., doing so with their response comfort dog teams. These dog teams are able to bring both emotional support and comfort to those whom have experienced a crisis in a variety of different situations. (Photo provided) 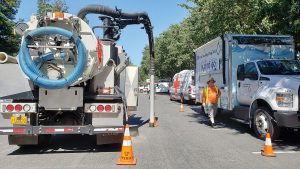 Local emergency response vehicles are brought to the preparedness fair so local residents can learn about the services that each of these organizations offer and what both the vehicle and the organization do in case of an emergency situation. (Photo provided)

One of the most helpful portions of the preparedness fair and classes is for residents to learn hands-only CPR training, which can be critical in the minutes after an event or natural disaster occurs. (Photo provided)

Between four and six times a year, the city provides three-hour personal emergency preparedness workshops for those in the community. Typically each workshop has between 10 and 30 attendees. These workshops cover topics like when and how to turn off the gas; how to use a fire extinguisher; what to do when phones don’t work; how to manage when power is out; earthquake emergency supplies; what to do about pandemic flu; medical aid for the first five minutes after an event; and community emergency response information.

Basic training is also offered for those participating in community gatherings such as block parties. “These workshops are a discussion of how to prepare yourself and your home for emergencies in the community,” Francavilla stated. In Cupertino, these classes began in 2004 or 2005. The city tries to have a class available for residents once a month or as requested by neighborhoods, clubs and businesses.

“Twice a year Cupertino, with the support and instruction of Santa Clara County Fire Department, trained up to 30 community members to be a part of our robust Community Emergency Response Team,” she explained. “This program is sponsored by the Federal Emergency Management Agency. This 18-hour course offers training in disaster preparation response and recovery skills.”

“The city of Cupertino has just adopted the newest update of our emergency operation plan,” Francavilla revealed. “This plan outlines how the city will respond to an emergency. Along with this plan, the city is preparing to develop annexes, which contain the detailed actions and policies needed for a proper response and a continuity of operations plans that will support staff and departments on how the city’s critical operations will continue during and after an emergency.

“During response and recovery phases, our emergency operations center could be activated and will support the city’s mission of life safety; protecting property and environment; and restoring essential infrastructure to our city,” she continued. “We have just completed training all essential EOC staff to properly operate those sections. That training has better prepared our EOC staff to respond to an emergency event and lead our city and community members through their recovery.”

These staff members also attend regular position and EOC training that is offered throughout the year.

Francavilla concluded, “At the fair and after each P.E.P. class or CERT Academy that we provide for our community members, we get feedback at the time of the event. Our community members are very happy that they walk away from these events knowing more than they did on how to prepare themselves and their families. They feel more comfortable and we are more comfortable.”

NEXT: Have treats, will travel