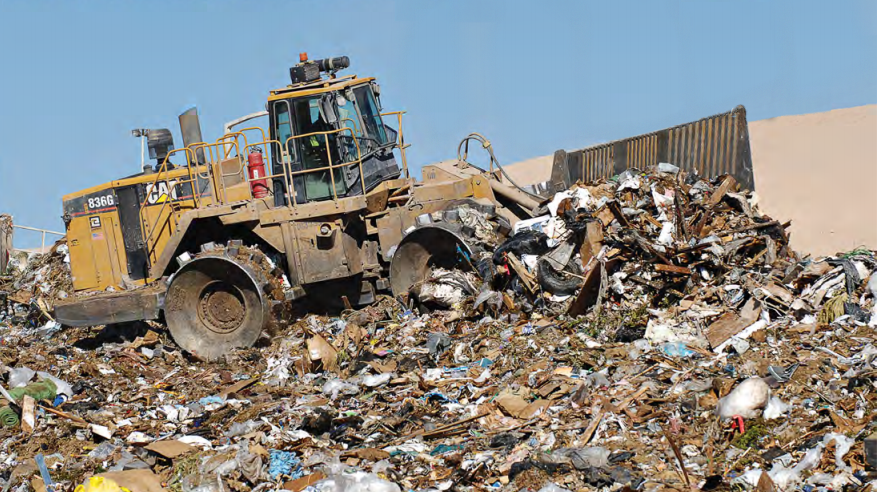 Equipment controls landfill waste in Arizona. In some parts of the U.S., leaders – particularly on the East Coast – are facing near-capacity landfills, which is sparking conversations on how to best manage solid waste. (Mark Skalny/Shutterstock.com)

David Biderman, SWANA’s CEO and executive director, said the East Coast is, in particular, grappling with such an issue. In the Boston area, for example, decision makers have significant concerns about whether there is sufficient landfill capacity going forward and what to do in the event of a closure.

“People there tend to be very progressive and they want to build more landfills,” he said. “But some (stakeholders) view landfills as being a negative thing. But then, on the other hand, what do you do with material that you’re generating in a part of the country that’s fast-growing?”

Some believe the answer is closing and finding an alternative location to dump solid waste. 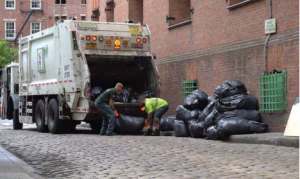 After clsoing its last remaining landfill on Staten Island, New York City has shipped its solid waste to other states and upstate New York. (BrandonKleinVideo/Shutterstock.com)

“Material from Massachusetts will be forced to be shipped westward to New York or Pennsylvania,” he said. “Similarly, years ago, New York City — the biggest city in the United States — closed its last remaining landfill on Staten Island. It was then New York City began to shift its waste by rail and by truck to a variety of disposal facilities in a couple of states, like New Jersey, Pennsylvania and upstate New York.”

Biderman said the issue is not unique to New England, but “very much based on local geography.” Most local governments in the United States are not struggling to find a place to dispose of the waste that they generate. That’s because most municipalities don’t own and operate landfills. Instead, they contract with the private sector to purchase disposable capacity, he said.

That said, the issue is still on government leaders’ collective radars — and some are having to make tough choices to start a new landfill elsewhere. In this case, Biderman offers some words of caution: “If a city or county is used to having X location and they open up to Y, it’s important to make sure that adjacent landowners are aware of the new land use. They must also make sure that the new landfill operates in compliance with applicable state laws but also consider the nuisance (factor), whether it’s odor or noise.”

Biderman also challenges leaders to think globally. In March 2018, China began enforcing stricter limits on how much contamination can be present in recyclable materials. To that end, the ban specifically targets mixed paper and mixed plastics, which happens to be the two most common types of materials processed by municipal recycling systems.

According to Biderman, this move prompted action domestically on the part of citizens and municipal leaders alike. “What I think is happening is that there’s a renewed interest in waste and recycling because of China stopping its acceptance of a large amount of recycling that used to go from the United States to China,” he said. “And that has put more focus on our solid waste system here in the United States. And so, people are thinking more about how to manage the growing amounts of waste that we generate.” 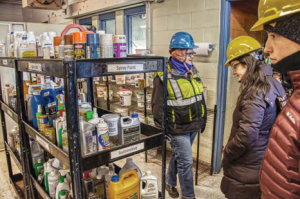 The sheer amount of waste produced in the United States is staggering. According to the U.S. Environmental Protection Agency’s most recent data, Americans generate about 260 million tons of municipal solid waste each year.

“And of that 260 million tons, about 55% goes to landfill, 12% goes to waste-to-energy and the remaining 33% goes to either recycling or compost,” he said.

In his opinion, this underlines the need for “sufficient disposal capacity” — a distinction that matters.

“I use the word disposal capacity on purpose, because that covers landfills and waste-to-energy facilities,” he said.

Capacity is one issue, but public education is another. He said communities need to reduce the amount of waste that they generate and recycle how and when they can. This presents opportunity, because the status quo needs to be challenged, in his opinion.

“We’re not seeing a meaningful reduction in waste generation, and we’re not seeing better recycling,” he said. So, what we need to do is communicate more clearly to citizens and to businesses about the economic and environmental benefits of recycling. And those communications need to be a little clearer, in multiple languages … and using more pictures and (fewer) words.”

For example, the numbering system for recyclables is flawed. Most Americans don’t know what the numbers mean and they’re not necessarily going to spend the time to figure out whether their plastic bag is recyclable at the curb versus recyclable by bringing it back to a supermarket.

This reality calls for urgent action. “We continue to dispose of the majority of our municipal solid waste in landfills, but we don’t have infinite landfill capacity in the United States,” said Biderman. “(That’s why) Americans need to do a better job of reducing the amount of waste they generate and recycling more of it properly to ensure a robust waste recycling system for generations to come.