New Haven, Conn., is trying to cultivate a vital, resilient and robust food system that provides all of its citizens with access to healthy food. (Shutterstock.com)

What does it mean to have a secure and robust local food system? The city of New Haven, Conn., along with other progressive municipalities around the country, are exploring such issues in an innovative way.

Enter the Food Systems and Policy Division of New Haven’s government. In 2016, Mayor Toni Harp announced the appointment of the food system and policy director, the first of its kind in the state and now among only 25 similar positions throughout the country. The mission of this office is to ensure that the city has a vital, resilient and robust food system that assures all people have access to healthy food. 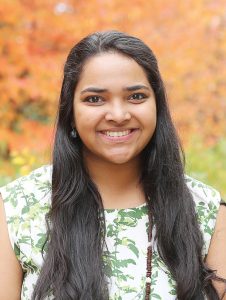 New Haven, with a population of about 130,000, is composed of mostly white and African-American people. It’s a post-industrial town, with Yale New Haven Hospital being the largest employer. The poverty rate in New Haven is more than 25 percent and ranks near the bottom in terms of economic equality, according to the most recent census data.

With poverty often comes food insecurity. That said, Latha Swamy, the division’s current director, is rolling up her proverbial sleeves to unpack some of these heavy issues. On the job less than a year, she has some ambitious plans for the division and what it will mean for stakeholders.

“I have a very systems-oriented kind of approach and am very big picture focused,” she said. “I am an alumnus from the Yale School of Forestry and Environmental Studies, where I focused on food and agriculture, but I also went to medical school before that. So, I come at this through the lens of health and environmental issues very much seated in a justice framework.”

To that end, her focus to achieve the city’s goals falls under three “buckets”: health, environmental issues and economic justice.

“So, the sweet spot would be to work on these three kinds of themes for every project I work on,” she said. “It’s been nine months, and I have a variety of projects that I’m working on.”

Case in point: Her office recently applied for a grant from the EPA to look at how to manage food waste from public schools, focusing on the issue from an institutional level.

Why? According to Swamy, that could effect change on a broader level or, in her words, manage “a bigger footprint, a bit closer to a system-level change.”

The division also works with community partners to approach issues by combining energies and resources. The New Haven Food Policy Council is a prime example. According to Swamy, the group formed about 12 years ago in response to needs in the community.

“It’s a very active group of community members who are interested in food, the food system and food policy. It’s gone through many phases over the years. I think it’s started out more like a food security group, where food access was a large priority. Now in recent years, it’s shifted a little bit more toward policy-level work, which is perfect because it aligns with my priorities as well.” 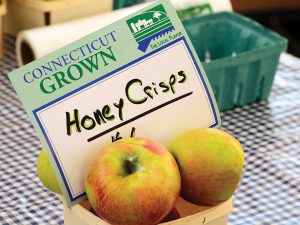 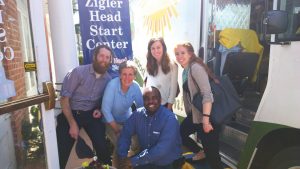 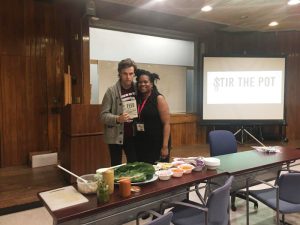 The group is intersectional in that all kinds of people are at the table. For example, they have government officials, a farmer, a chef, a former homeless person, a food justice advocate, AmeriCorps VISTA member and others.

Along those lines, Swamy said municipal leaders looking to tackle similar issues in their communities would benefit from embracing an attitude that food systems work is multidimensional and not siloed.

She also said that while a food pantry is a physical representation of efforts to combat food insecurity, it’s just one venue and doesn’t represent the bigger picture.

“Food systems work is more than just food pantries and making sure people get food,” she said. “For example, I think more about addressing the root cause of issues. And so, a food pantry is important and the work they do is valuable. But another thing that we can also do is actually try to reduce the need for food pantries. So, in order to do that, you would want to have livable wages and fair-paying jobs. And when people are provided with economic opportunity, that reduces the need to rely on a social safety net, like a food pantry.”