Every official wants their city to thrive, and unfortunately, there is no one-size-fits-all approach to achieving that goal. There are plenty examples of cities hitting their boom and then, often for a variety of reasons, dwindle or fade completely into the history books. Those that stand the test of time have often attracted the right businesses and industries — and never stopped seeking out new opportunities. During lean times, they’ve learned to tighten their belts or step outside the box to carve out new niches.

Deadwood, S.D., could have fallen into the category of cities that disappear into history after a fire engulfed a half-block of Main Street in 1987. Decades later, aided by legalized gambling, which passed in a vote of 3-1 in 1989, it has seen revitalization, with new infrastructure being installed and about $350 million being reinvested into the community in terms of development and historic preservation projects. 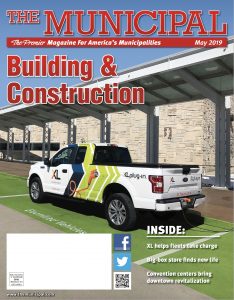 Deadwood advocate Mike Trucano told the Argus Leader as the city approaches its 30 years of legalized gambling, “We gained a lot and lost a little as a community. We brought something new to the table. With gaming money, we’ve been able to build on Deadwood’s historical story and bring it to life. We have a healthy town today, a good town of which we, as citizens, ought to be proud.”

Stockton, Calif., is also bringing something new to its own table. After rebounding from bankruptcy in 2012, the city is unrolling the Stockton Economic Empowerment Demonstration, which will see 130 people receive a guaranteed income of $500 per month. It is the first city in the U.S. to launch a guaranteed income initiative and hopes to solve the poverty and inequality issues some of its residents feel. Writer Andrew Mentock shares about Stockton’s approach in this issue.

We will be covering other revitalization efforts in this issue of The Municipal as well, with writer Denise Fedorow highlighting how Mankato, Minn., sparked growth in its downtown area after constructing the Mankato Civic Center. Since its civic center was built, the downtown has seen a sales increase of $3 million a year with an estimated $25 million related entertainment investment.

As the direly named retail apocalypse claims the likes of J.C. Penney, Payless, Sears, Kmart and others, cities are also having to deal with their empty brick-and-mortar remains. Perhaps, they can take a page out of McAllen, Texas’, book, and transform a vacant big-box store into something of use to the community. In its case, that was turning a Walmart into what is now the largest single-story library in the U.S.

As the saying goes, if life gives you lemons, make lemonade. Every city will deal with vacant buildings at some point, but by bringing something new to the table, further growth just might spread to other sections of a city, promising a healthy future.

Next: You know what’s best for your community. We can help.