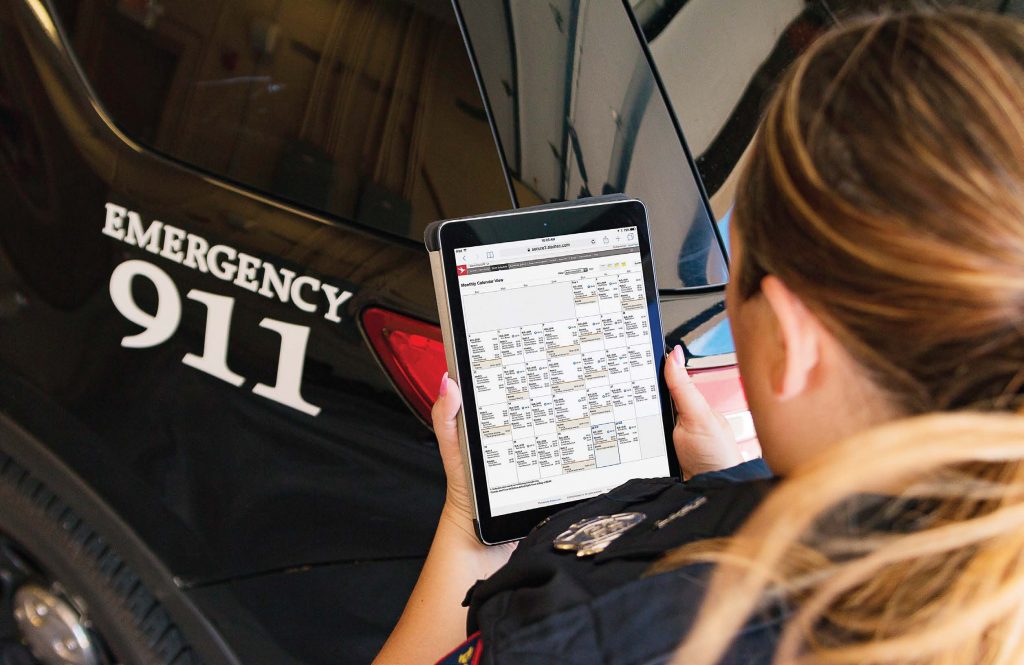 Scheduling can be a challenge, especially when it comes to meeting safe staffing levels for fire, EMS and police. North Olmsted, Ohio, Fire Department knew those struggles firsthand as it searched for a scheduling soft ware. Fire Chief Edward Schepp said, “Everything was on paper or a very rudimentary (computer) program. We wanted scheduling soft ware that allowed us to expand our capabilities.”

Given the nature of fire service, he said, “(Fire department scheduling) requires innovation. We turned to software to get that innovation to our people.” 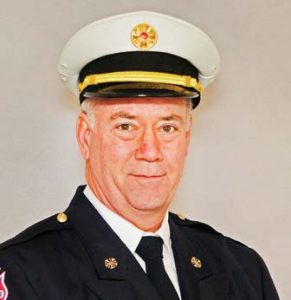 To do that, the department looked at several scheduling software programs. “We wanted something relatively simple to use for everyone involved,” Schepp said. “(Aladtec) was the one that was most user-friendly.”

One of the department’s captains helped implement the program when it rolled out and now administers it.

The software’s ease of use soon attracted the rest of the city of North Olmsted, which was looking for an interface that tracked time and attendance to connect to its payroll software. “We’re kind of in the middle stages of (our rollout),” Carrie Copfer, director of finance for the city, said. “Our fire department had used (Aladtec) for scheduling, and they were very happy with it. We looked at larger companies … Th ey were too expensive.”

The city formed a committee — representative of the city’s diff erent divisions — and explored available options. Members all agreed Aladtec would work best. Since that time, the city has been unrolling Aladtec one division at a time, including in its parks and recreation department, golf course, ballroom, police department and wastewater division. Copfer said, “We wanted one solution for everyone.”

Aladtec’s versatility across divisions and scheduling scenarios has paid off for the city.

Aladtec presents many pros when it comes to scheduling, reports and bookkeeping. System administrators can easily search when and where an employee worked, no matter if they are in public works, parks and recreation, sewer, etc. Th e system is also cloud based so printing is unnecessary, unless wanted. Additionally, employees can view their schedule on their internet-connected device anywhere.

The ability to request time off has streamlined North Olmsted Fire Department’s vacation process. “One guy would make his picks and then the next guy would make his. It was all done on paper,” Schepp said, noting this grew challenging with the department’s “one on, two off” scheduling where the next guy might be off and unable to submit his picks for some time. “It can extend the whole process.”

Aladtec, however, prevents vacation scheduling from becoming an extended ordeal. “If you’re up to pick,” Schepp said, “you go right up to your device and make your picks right there. It really shortens the time.”

For the rest of the city, Aladtec has aided scheduling part-timers, particularly in parks and recreation, who might be taking classes or need certain days off. “They have the ability to block off those times,” Copfer said. “The scheduling administrator then sees that when they are looking to fill in times.”

Copfer noted she also likes that she can pay all employees — whether they were traditionally punching in or schedule based — the same way as well as track schedules and hours.

Managers can layout criteria for a shift to ensure that no laws or regulations are violated. It also shows staffing personnel which employees have certain certificates or skill sets, saving them time. 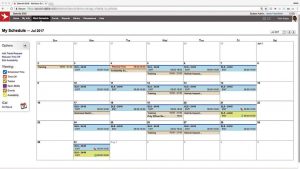 Through Aladtec, employees have access to their schedule as soon as they log in via their internet-connected device. They can also request trades or time off and edit their availability. (Photo provided) 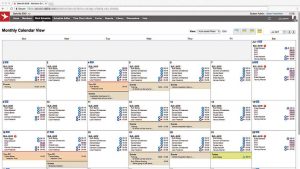 Aladtec’s monthly calendar keeps everyone in the department informed on what is going on from training events to meetings in addition to who is working and who is off. (Photo provided) 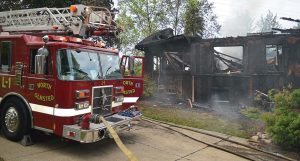 North Olmsted Fire Department schedules events and training with Aladtec. For instance, if a local school or organization wants to host a smoke detector presentation, the department lists it on the calendar of events where everyone can see it, allowing the department’s captains to plan accordingly.

Similarly, required messages can be sent through the system, either citywide or to a specific department and certain individuals. Employees will see the message when they sign into Aladtec and will have to click to show they saw it.

Ambulance crews can also take advantage of EMS supply request forms to communicate low supplies to supervisors. These forms can be filled out with their tablet or electronic device while the employee is still in the ambulance; this information is automatically routed to the person in charge of restocking.

For North Olmsted firefighters, Aladtec has become second nature. And as the department’s usage grows, Schepp said the hope is to tie into its finance department to get payroll based on scheduling that is already done on the Aladtec program. He added, “It will really make life easier with payroll. It would really help shave work hours for us and let technology work for us.”

Aladtec is a pro at communication itself, with Copfer saying, “They are really responsive. We work with seven unions and there are a lot of nuances. Aladtec has been very helpful in finding solutions. They are willing to make improvements and changes.”

As for the future, Copfer expects divisions to increasingly use more of Aladtec’s features, including the calendar and direct means of communications. She said, “Each division can make it their own. It’s very easy to use and they can do what they need to do.”