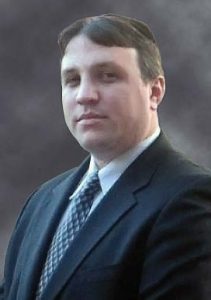 Gilbert Chlewicki of Fulton, Md., deals in diamonds — the bigger the better. And in some cases, the cost runs around $3 to $4 million. The diamonds Chlewicki, professional engineer and director of Advanced Transportation Solutions, works with are outdoor diamonds — diverging diamond interchanges — which are trending over the nation.

A diverging diamond interchange, also called a double crossover diamond, is a kind of diamond interchange where the two directions of traffic on the non-freeway road cross to the opposite side on both sides of the bridge at the freeway. Such an interchange was recognized by Popular Science magazine as one of the best innovations in the engineering category in 2009. Hailed as safe, less expensive and more efficient, the DDI has been emerging in various cities.

“DDIs are a growing trend nationally, and some are making progress internationally,” said Chlewicki. “Thirty states have at least one DDI, and most others have at least one DDI project in consideration. DDIs are more commonly applied in suburban and urban areas, although they can also be placed near small towns and rural areas where there is enough traffic to warrant signals.

“DDIs move traffic better, reduce crashes significantly and can save nearly $10 million per project; it becomes a no-brainer to transportation agencies as long as they are willing to try something different. Once they try it, they like it, and the biggest barrier of trying something different is broken. There are no more excuses to not build more DDIs.”

Each year the American Council of Engineering Companies of Indiana awards its top annual road project honor — the state’s highest engineering recognition — to a city with the most successful road endeavor. This year Fort Wayne was the 2016 Grand Project Award winner with its $3.5 million DDI at I-69 and SR 1 — also called Dupont Road — designed by Burgess & Niple Inc. 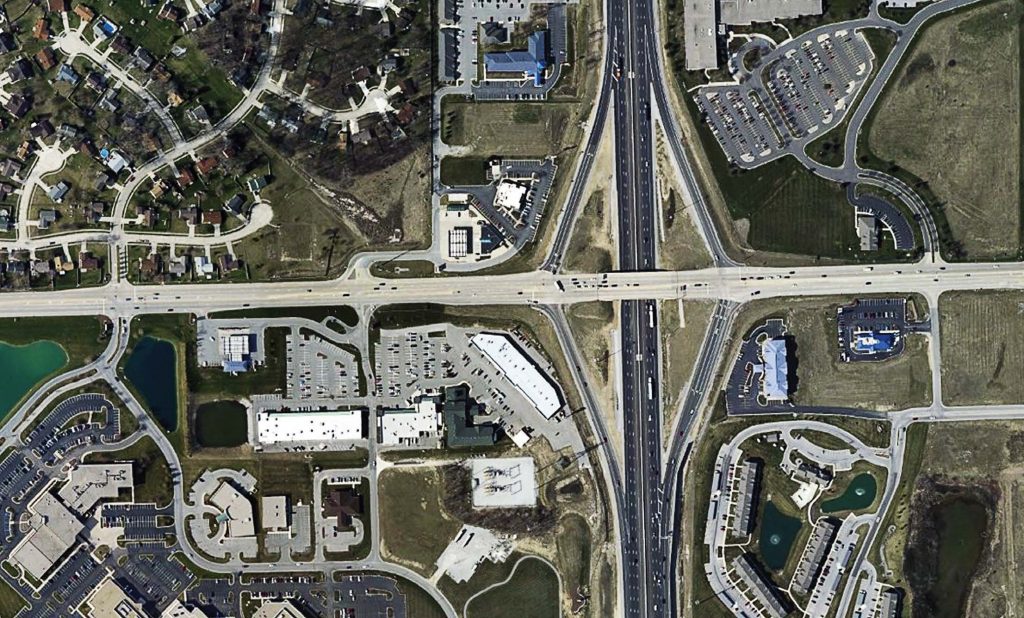 Pictured is an aerial photo of the completed diverging diamond interchange at Dupont Road and I-69 in Fort Wayne, Ind. (photo provided by INDOT)

“We are pleased the state’s first diverging diamond can serve as an example of (the Indiana Department of Transportation) seeking innovative solutions for Hoosier transportation needs while being good stewards of the taxpayers’ dollars,” said Susan Doell, INDOT project manager. “Receiving the ACEC award for this project is added confirmation that this was the right solution for the I-69/SR 1 interchange.”

“The frequent congestion was the primary driver of the project, and while congestion relief was INDOT’s primary goal, there was a safety component as well,” said Hacha-Thomas. “The number of conflict points where one car can come in contact with another are significantly reduced inside the DDI.”

When it comes to getting a DDI in place, Hacha-Thomas said, “The biggest challenge was convincing stakeholders (both inside and outside of INDOT) that the DDI was the best design for the situation. A DDI won’t work just anywhere — you’ve got to have specific conditions and the SR 1/I-69 was a perfect example of where a DDI would work!”

The Fort Wayne five-year project was a curiosity, said Hacha-Thomas, rather than a form of resistance, because drivers had never seen such an unusual interchange in Indiana.

“INDOT used a variety of tools to educate the public about the new interchange,” said Hacha-Thomas, “including large diagrams, computer-generated simulations and more. INDOT really advocated for community buy-in. Were people skeptical? Sure. But most of those skeptics have turned into believers!”

The DDI was an overwhelming success. Commute times have been cut, congestion is no longer an issue and people are generally pleased with the interchange.

“At the one-year mark we initiated a study to determine how successful the DDI has been,” said Hacha-Thomas, “and the study found that the crash frequency at the DDI has decreased, reducing injury crashes by almost half.” 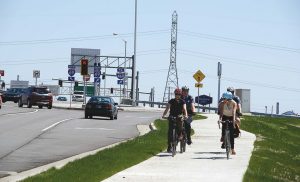 Fort Wayne’s diverging diamond interchange has streamlined traffic, cutting down commute times. In general DDIs have been shown to decrease overall accidents by more than 55 percent. (Photo provided by INDOT) 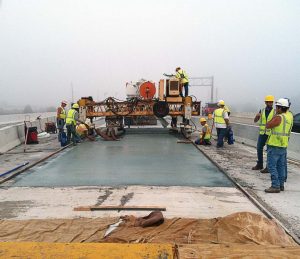 Contractors hand-level the concrete as they complete the bridge deck overlay on the I-69/SR 1 project in Fort Wayne, Ind. (Photo provided by INDOT)

In the proper application, there are three main benefits to a DDI, according to Chlewicki. “First, traffic can flow better in a DDI for nearly all movements. This is due to the simplification of the traffic signals that do not have separate left-turn signal phases. These left-turn phases take up valuable time away from other movements. Left turns are much simpler in the DDI because they are direct, which also helps.”

He added, “Second, DDIs have proven to be much safer than traditional diamond interchanges. Overall crashes have been reduced by over 55 percent and injury crashes have been reduced by nearly 70 percent at the DDI ramp terminals. The main reasons for this are that there are less potential conflicts of movements; each potential conflict is spread out from the next, which allows the driver to concentrate on just one potential conflict at a time; and speeds are generally slightly slower in DDIs, which allows drivers to react more easily to conflicts and reduces impacts if there is a crash.”

As for the final benefit, Chlewicki said, “Third, DDIs are considerably less (expensive) than other interchange forms. The two biggest costs of interchange projects are structure costs and land. In a DDI that is retrofitted, often there is little to no structure cost. New interchanges require smaller bridges; usually between 25 percent to 50 percent smaller. This is due to not needing extra left turn lanes and/or weave lanes on the bridge.”

Other cities are employing DDIs as word catches on about their benefits. Some states and cities that use them, or currently have them in construction, include Springfield, St. Louis and Kansas City, Mo.; Raleigh, N.C.; St. Peter, Minn.; and Atlanta, Ga.

DDIs and roundabouts are part of a group of innovative geometric designs that can improve traffic operations and reduce crashes at significantly lower cost, said Chlewicki.

“But there are differences, too,” he added. “DDIs require traffic signals, roundabouts do not. Roundabouts slow traffic a lot more than DDIs. Pedestrian and bicycle traffic is designed differently, and DDIs are really just for ramp terminals whereas roundabouts can be used at ramp terminals, too, but they can be applied in other places as well.”

DDIs are definitely not alone in shaping the way traffic moves, with Chlewicki stating, “There are other innovate intersections that are being used a lot such as the Michigan left, jughandles (most common in New Jersey), continuous flow intersections and superstreets, and a location where you can see a combination of elements is at US 26 at Route 153 (Ford Road) in Dearborn Heights (Mich.), outside of Detroit.”