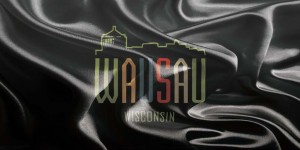 Once upon a time the area now known as Wausau, Wis., was the home of Ojibwa Indians. Shortly after 1836 land all along the Wisconsin River was transferred to federal ownership, and lumbermen made a beeline for the reportedly rich forests along the river and especially near Big Bull Falls.

Following more than a century of there existing no compelling reason to design and fly a city flag, one was designed in 1993 with the slogan, “Welcome Home to Wausau.” That flag is no longer flying, although the logo can still be seen at entry points to the city. In 2013 a new brand was adopted that featured a cityscape.

The city of Wausau’s Community Development Department contracted with a marketing firm that year to develop a design that would be used for “enhancing the City of Wausau’s economic development efforts,” according to a resolution passed July 9 by the city council, at the recommendation of the Economic Development Committee.

According to mayoral Executive Assistant Kathi Groeschel, the new logo will be more widely disseminated than the previous one — including on flags.

The cityscape reflects Wausau’s image as a city on the go. Wausau is a smaller city that offers many larger city amenities and is capitalizing on the forward-thinking leadership of its administration.

Information provided by the city of Wausau.