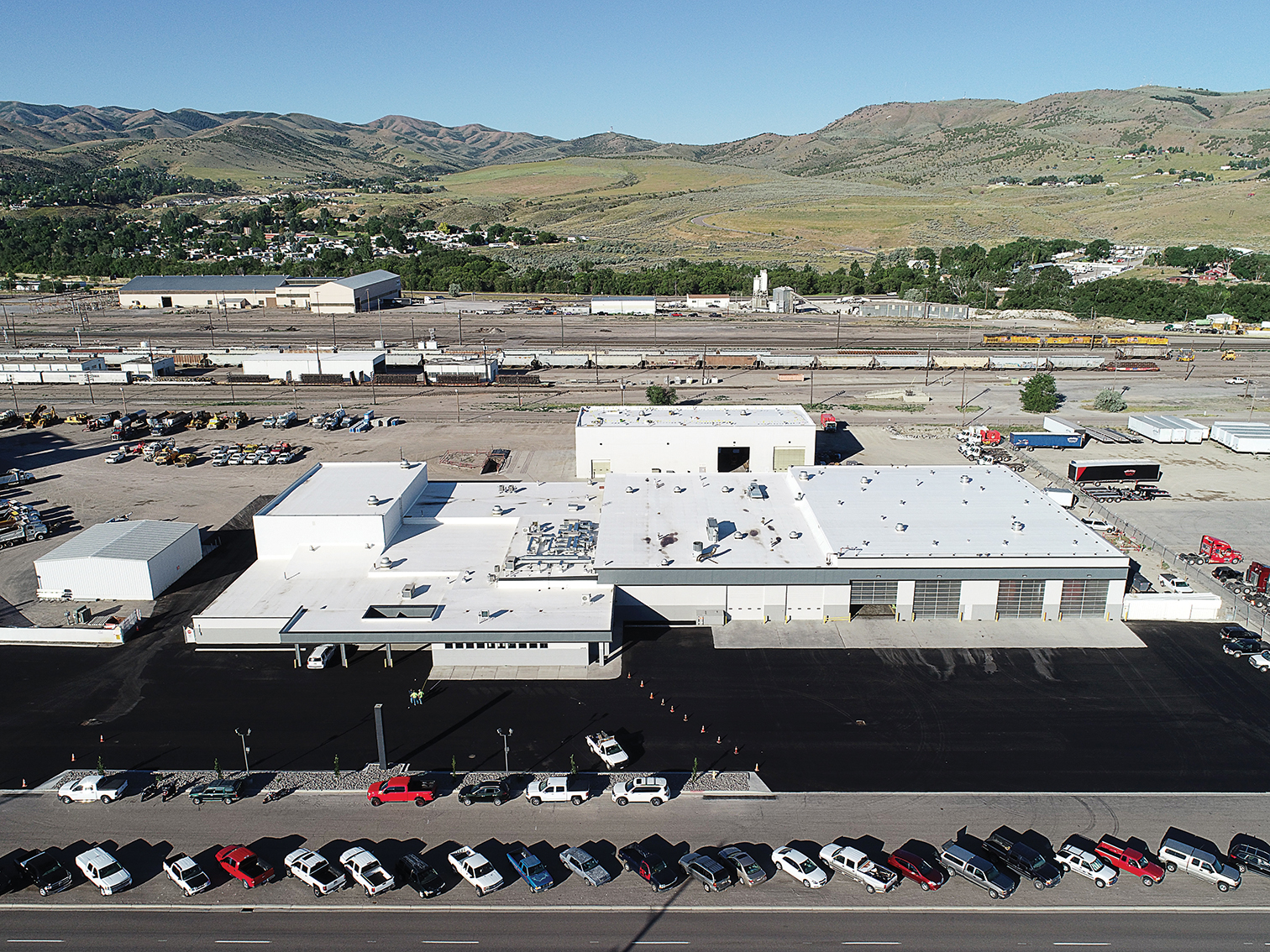 An old Caterpillar dealership, with over 78,000 square feet and 8 acres, was purchased by Pocatello for its new fleet services department. (Photo provided)

In 2019, Pocatello, Idaho, joined a growing trend toward centralizing city vehicle and maintenance operations to increase efficiency and decrease costs.

The idea for centralizing the maintenance and repair operation of the city’s vehicles and other equipment was the result of a challenge from the city’s government.

During the 2017 budget planning cycle, he said the Pocatello City Council asked the city departments for “ideas on how to increase efficiencies and decrease costs. Centralizing vehicle and equipment maintenance seemed like a logical place to start.”

The city did a facility needs assessment for the Street and Sanitation Department in July 2017. “These departments were in need of different facilities, and it was determined that it would be beneficial to house all three departments in one facility,” Kirkman said, adding after researching each department’s needs, the city concluded that to house the street, sanitation and future fleet services departments, it would need 50,573 square feet of space.

“We found a vacant building that previously housed a Caterpillar dealership and offered over 78,000 square feet and over 8 acres.”

The city purchased the property for $2 million, putting an additional $1.5 million into renovations necessary to combine all three city departments. The renovations began in October 2018 and were complete by the following March.

Almost every city department uses vehicles in some way. While all the city departments have not been included in the new fleet services department, it takes care of about 600 vehicles in the street, sanitation, water, parks and recreation, police, animal control and library departments, as well as city hall functions such as building, utility billing, planning, the mayor’s office and public works. Because of proximity or funding sources, Kirkman said the departments not served by Pocatello Fleet Services are the airport, transit, water pollution control and the fire department.