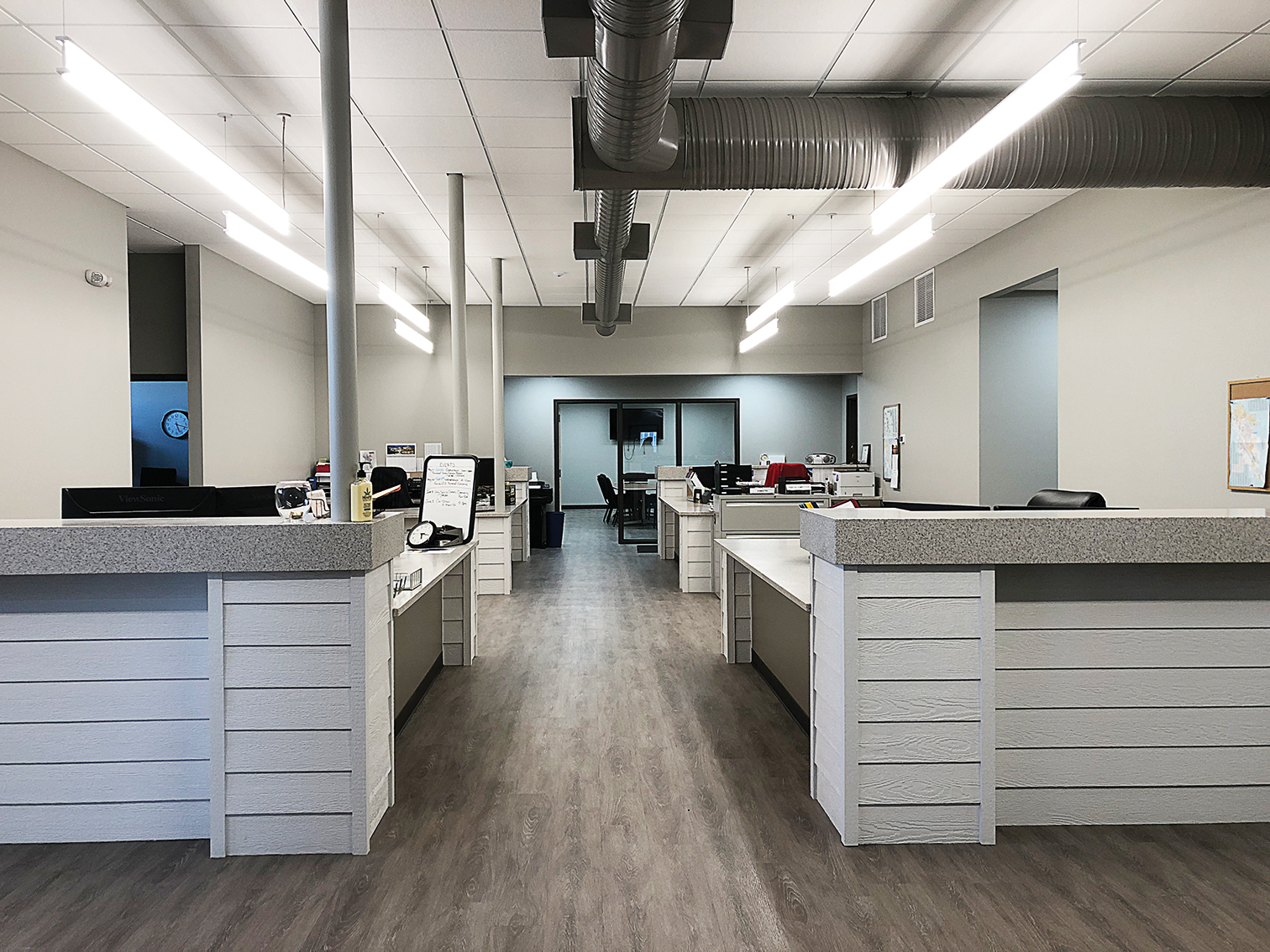 Building renovations began in October 2018 and were complete by the following March. (Photo provided)

Nationally, both large and small cities are finding benefits to centralizing services to their vehicle fleets. Idaho’s capital city of Boise created a fleet service department in 2008. The effort has been so successful that Boise was named the top fleet in the country in 2015 at the annual Government Fleet Expo and Conference. Kirkman said the Boise fleet was helpful in Pocatello’s planning process. “We met with them to assist in our centralization. They were extremely helpful in pointing out items that we would need to consider.”

In addition to breaking down the traditional “silos” of fleet management, centralization uses expertise across a city’s fleet and optimizes both capital and operational dollars by sharing resources, according to CST Fleet Services, consultants in the transportation industry.

Centralization also means better control
for a city when purchasing fuel, parts and tires as well as replacing vehicles.

Kirkman said the city believes there are
four main benefits to the centralization of Pocatello’s fleet.

The top benefit is that individual departments are paying technician wages only when they’re needed by a department, rather than having every department paying all of its technicians’ full-time wages. Kirkman said this means “saving each department a substantial amount of money.”

The second benefit is being able to purchase supplies in bulk rather than each department purchasing separately.

Another benefit for the city is that technicians can focus on vehicle repair and preventive maintenance rather than performing other duties within individual departments.

And finally, the new fleet management software that has been implemented tracks and plans for capital purchases as well as determining right sizing for each department, Kirkman said.

The Pocatello Fleet Services Department employs five technicians, two shop foremen, a service writer, a fleet manager and a fleet and materials coordinator who manages purchases. Kirkman said no one lost a job in the centralization, but as technicians have moved on or retired, some vacancies have not been filled, saving money for the department.