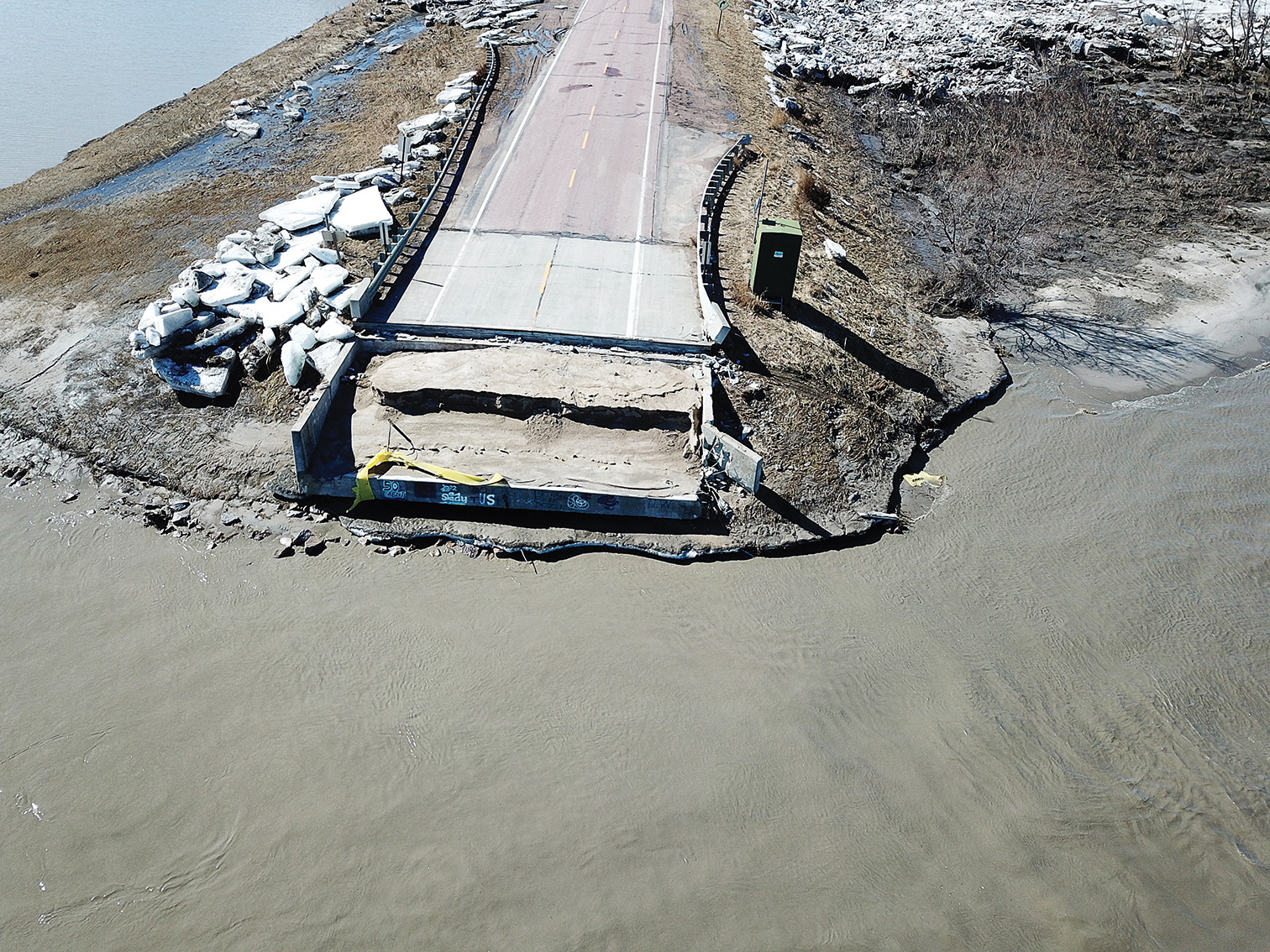 Highway 12’s previous bridge deck was washed away in the flood near Niobrara, Nebraska. Behind it, construction work on the new bridge can be seen. (Photo provided)

Nebraska, Missouri, South Dakota, Kansas and Iowa have dealt with massive flooding throughout spring 2019, with some areas experiencing prolonged flooding along the Missouri River well into December. Starting mid-March, the 2019 Midwestern U.S. floods marked the wettest January-to-May period on record for the U.S., according to the National Oceanic and Atmospheric Administration.

One thing about a flood’s aftermath is that it tends to bring a community together in a nonpartisan way. Dirty, dangerous water is a deadly killer, stealing lives, homes, businesses, roads, parks, farms, crops and animals, so people have had to lean on
each other.

The raging, bacteria-ridden waters did abundant damage to roads, bridges, ports, airports and broadband. Flights and trains schedules had to be cancelled as well.

According to Jodie Fawl, Nebraska Emergency Management Agency public information officer, one area that often needed repairs was the levees.

“These were written as projects by local governments,” said Fawl. “Most of the levees would be under the United States Army Corps of Engineers.”

Bryan Tuma, assistant director of NEMA, was happy to share some thoughts about his state’s devastation during the impact of these recent floods.

“The Platte, Elkhorn, Missouri, Loup and Niobrara rivers reached record highs with this flood,” said Tuma. “Hundreds of miles of state and local roads suffered damage to bridges, washed-out culverts and weakened road bases. In some areas, huge chunks of ice barreled down our waterways demolishing dams and obliterating bridges. Several communities lost essential functions such as drinking water and wastewater processing. Hundreds of homes, businesses and farmsteads suffered flood damage, and many were entirely destroyed. Farmers returned to several feet of sand and sediment covering their land, and others had grain bins full of crops that were compromised.” 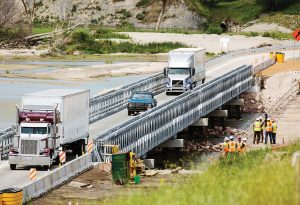 A temporary bridge structure was used on Highway 281 by Spencer, Nebraska. (Photo provided) 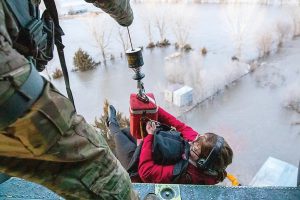 Temporary stoplights were used to control traffic on Highway 12 near Hiobrara, Nebraska where a temporary bridge was constructed. (Photo provided)

Still, some areas were harder hit than others.

“Fremont was cut off from the rest of the state because of flooding that surrounded the town,” said Tuma. “Winslow homes were nearly all damaged and at this time is considering moving to higher ground because rebuilding in the flood plain would not be cost-effective. Lynch lost many homes due to the flood.”

However, recovery efforts are well underway.

Asked if Nebraska had been in touch with Iowa or South Dakota, both states that are facing similar flooding issues, he noted that Gov. Pete Ricketts has been in touch with surrounding state governors to discuss issues with flooding that affects their states.

“I have reached out to emergency management agency staff in surrounding states, too,” said Tuma.

A large part of the problem has been when cities have neared the end with their cleanups, another flood hits. And then another.

“The biggest lesson I’ve learned in these recovery efforts has been the resilience of Nebraskans to respond and work together during adversity,” observed Tuma. “During the first week of June, a series of summits were held to help donors and leaders from nonprofits, communities and faith-based organizations learn about long-term recovery for survivors following the devastating floods. Long-term recovery groups formed in at least six counties and two regions. After the initial response, communities came together to ensure that where there was an ongoing need, help was available.

“Another important lesson learned is the importance of preparedness. As we approach 2020, we are already preparing for a wet year with high possibility of additional floods. Communities are already taking precautions for future flooding.”

According to Jeni Campana of the Communication and Public Policy Division for the Nebraska Department of Transportation, the estimated cost for Nebraska’s flooding repair will be around $30 million, which comes out of the state budget.

“We will be receiving some federal reimbursement for emergency repairs,” said Campana.

“That would be only for the Nebraska Department of Transportation highway repair,” said Tuma.

The current estimates on the cost of this year’s flooding are:

“Those numbers can fluctuate as things change. These are the best current estimates. Also, the Department of Agriculture would have estimates for crop loss, animal loss and any other agricultural losses.” 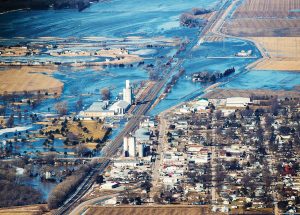 “FEMA DR 4420 (Nebraska Severe Winter Storm, Straight-line Winds, and Flooding) has certainly made an impact on emergency management in Nebraska,” said Tuma. “With more than 90% of Nebraska’s 93 counties incurring damage during the incident period, many communities and individuals felt the effects of this disaster. It was an unprecedented event in size and scope and its impact is also being felt at the Nebraska Emergency Management Agency. NEMA will be making changes to our organization and size in the upcoming months. Our plans are to add additional staff, moving from 41 to approximately 58 staff members. Eight of the new staff members will be working in the recovery section in public assistance and hazard mitigation because of DR4420. The size of this disaster and the increase in disaster events has made it clear that reorganization was needed in order for NEMA to effectively meet the needs of the people of Nebraska.”

According to Campana, almost all construction work is performed by contractors.

“We currently have enough internal staff to manage the projects as we usually do,” said Campana. “I see restoring our state transportation system to normalcy quickly to restore connectivity to our citizens of Nebraska. We have almost restored normal network to all affected areas either with complete repairs or with temporary repairs while permanent replacements are under construction.”