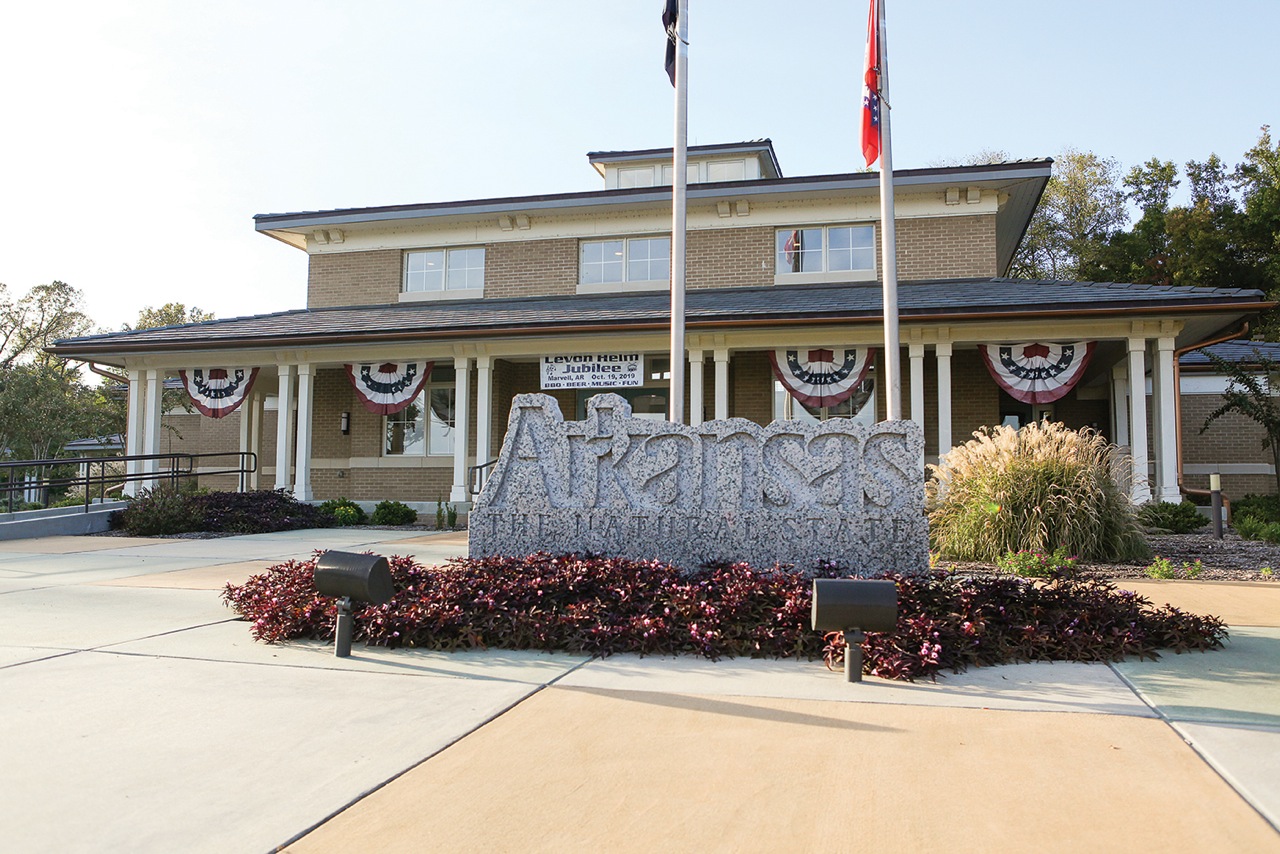 Pictured is the Arkansas Welcome Center, located at the entrance of Helena, Ark., from the Mississippi River Bridge access. The Mississippi provides an economic boost to cities along it. (Photo provided)

The mayors in the association are Democrats, Republicans and Independents and they work on a bipartisan basis.

Wellenkamp said they were “fiercely bipartisan.” He added, “We try to see both sides and have something for both sides. If we want to address climate change, we have to show the benefits and how it will create jobs and grow the economy. You can’t leave people behind.”

MRCTI has partnered with a company to create an economic profile of the Mississippi River so it could answer the question of jobs.

“To have that information has been a game changer. It quantifies to Congress and the private sector that this is what we lose if we don’t come around this. Having those numbers altered the conversation and created billions of spending dollars we wouldn’t have otherwise.”

Focusing on impact and economics allows for common ground between people with different ideas.

Wellenkamp said, “You’ve got to bring the problems home to people’s jobs and backyards and demonstrate the economic impact. Everyone will have a conversation about making more money and creating more jobs and spending as little on recovery as possible. No one wants to go to FEMA for a billion dollar bailout; they want to take care of it at home. So we want to shift the focus from recovery being the most expensive to the six times cheaper mitigation. Everyone is willing to have that conversation.”

Gallagher said he didn’t even know Broome’s political party. “We’re 95 mayors led by Colin Wellenkamp. We work hard as a team and that brings us significant support on Capitol Hill but also locally.”

Broome said, “I agree with that. We have a shared common denominator — the Mississippi River — that unites us across party lines. As a nation, we should be more focused on common issues.”

Both Broome and Smith have past experience in Washington, D.C.

“Some readers may wonder why not move away from the river? But rather than trying to make the river change for us, we have to adapt with it,” Wellenkamp said, adding the river has so much economic, outdoor recreation and tourism potential. “Our mayors want to capitalize on the river, and they know to do so they have to take care of it and take care of their cities.”

According to Smith, the association has “really made an impact on me.” He advised other mayors to join or create similar groups. “Regionalism is the only way to go. We’re not influential by ourselves. More and more regionalism is the answer. As a small city, we’re only one voice but working together we have a pretty big voice.”