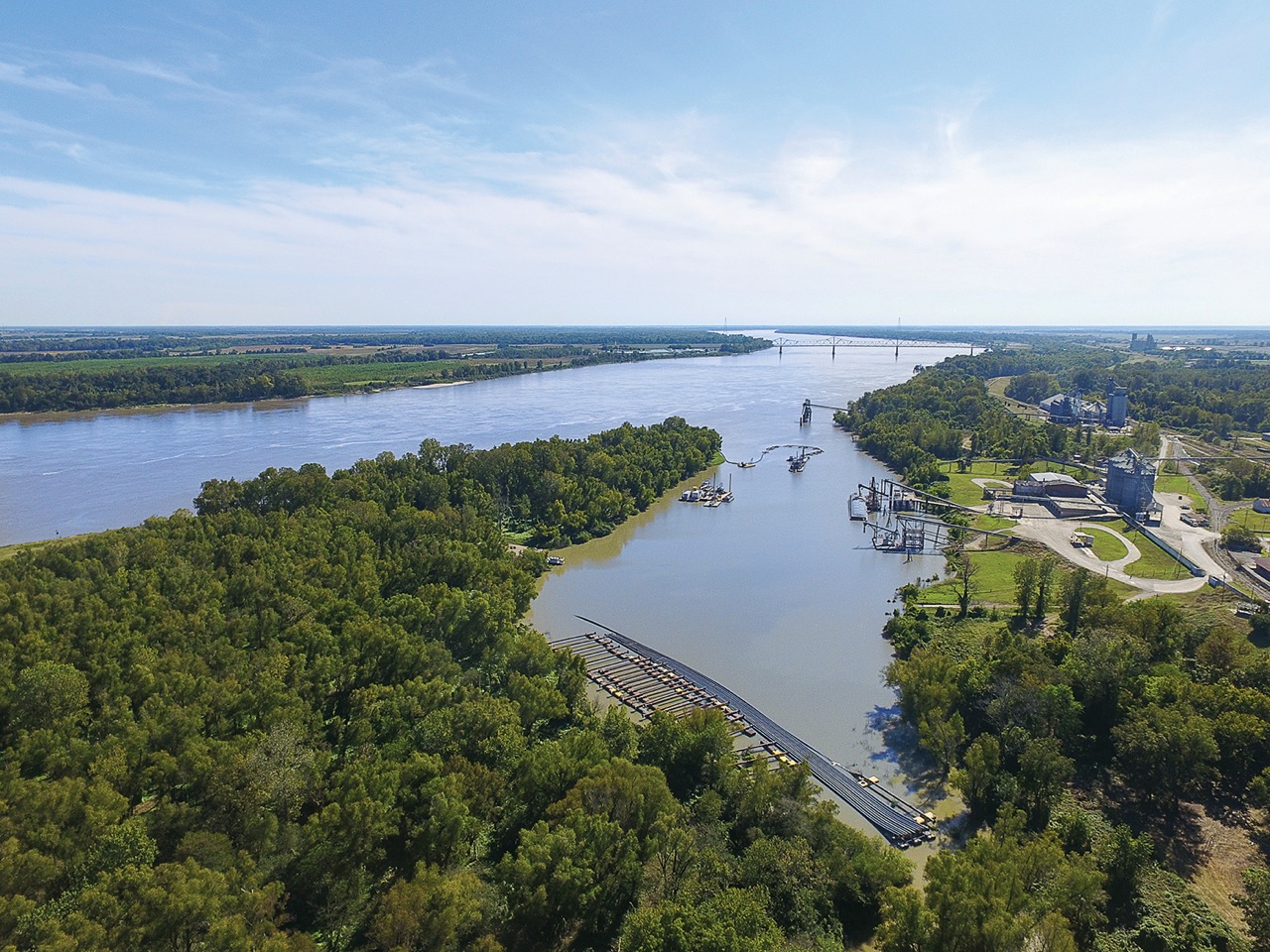 The Helena’s Mississippi River Bridge connects Arkansas to Mississippi. Mayor members of the MRCTI have discovered they share a lot in common thanks to the Mississippi River, which creates similar concerns. (Photo provided)

Importance of the river

Many of us, even those living along the Mississippi, may take this mighty river for granted.

“The river is incredibly important on a global scale,” Wellenkamp said, noting 40% of the world’s food comes out of the Mississippi River basin, and 40% of native agricultural products move on the river.

There’s been an increase in container movement along the river as well, especially from Baton Rouge to New Orleans, La., and MRCTI is working on increasing that up the river to Memphis, Tenn. and St. Louis, Mo. According to the MRCTI’s website, the mayors have built a coalition of major stakeholders such as FedEx, Home Depot, Inland River Port and Terminal Association to restore container movement on the river. It’s been made an official project with the United States Department of Transportation under the U.S. Maritime Administration highway program.

The river cruise business is booming on the river, too.

Infrastructure-wise, the MRCTI is working to pass a resiliency revolving loan fund.

“It’s the first of its kind on a federal level,” he said.

The fund is to address resiliency projects, and it has flexible spending, according to Wellenkamp. The fund is not just for floods but also tornadoes, straight-line winds, snow events and wildfires. He said it has passed out of the House Committee and onto the House floor, and MRCTI is now working on a presentation for the Senate.

In 2018, MRCTI came up with a habitat restoration plan. Wellenkamp said, “That enabled us to determine the best areas along the river to restore back to nature; to give us the best bang for our buck whether through the restoration of forests, wetlands, etc.”

Then in 2020, MRCTI is launching a recovery bond pilot program that would work like the Build America bonds did in 2009, which raised $180 billion investment in the U.S. They are creating a pilot program for recovery work along the Mississippi River.

As for future weather disasters, Wellenkamp said, “I don’t see them letting up — I see them becoming more severe.”

The MRCTI is also encouraging natural infrastructure for any development along the river. The group has recently given a presentation where the presenter gave an example of someone wanting to build a convention center along the river and was advised not to rip up marshes and wetlands but instead augment them.

“Use the natural infrastructure to buffer — it’s cheaper with less maintenance costs,” Wellenkamp said attendees were told. When banks are endorsing augmentation of natural resources, he added, “They’re trying to reduce the risk to their investment.”

These types of presentations are a benefit to the mayor members involved. “They get to put solutions on the table. To have an impact, (you) need to be inventive. The same ole, same ole is not cutting it anymore,” Wellenkamp said.