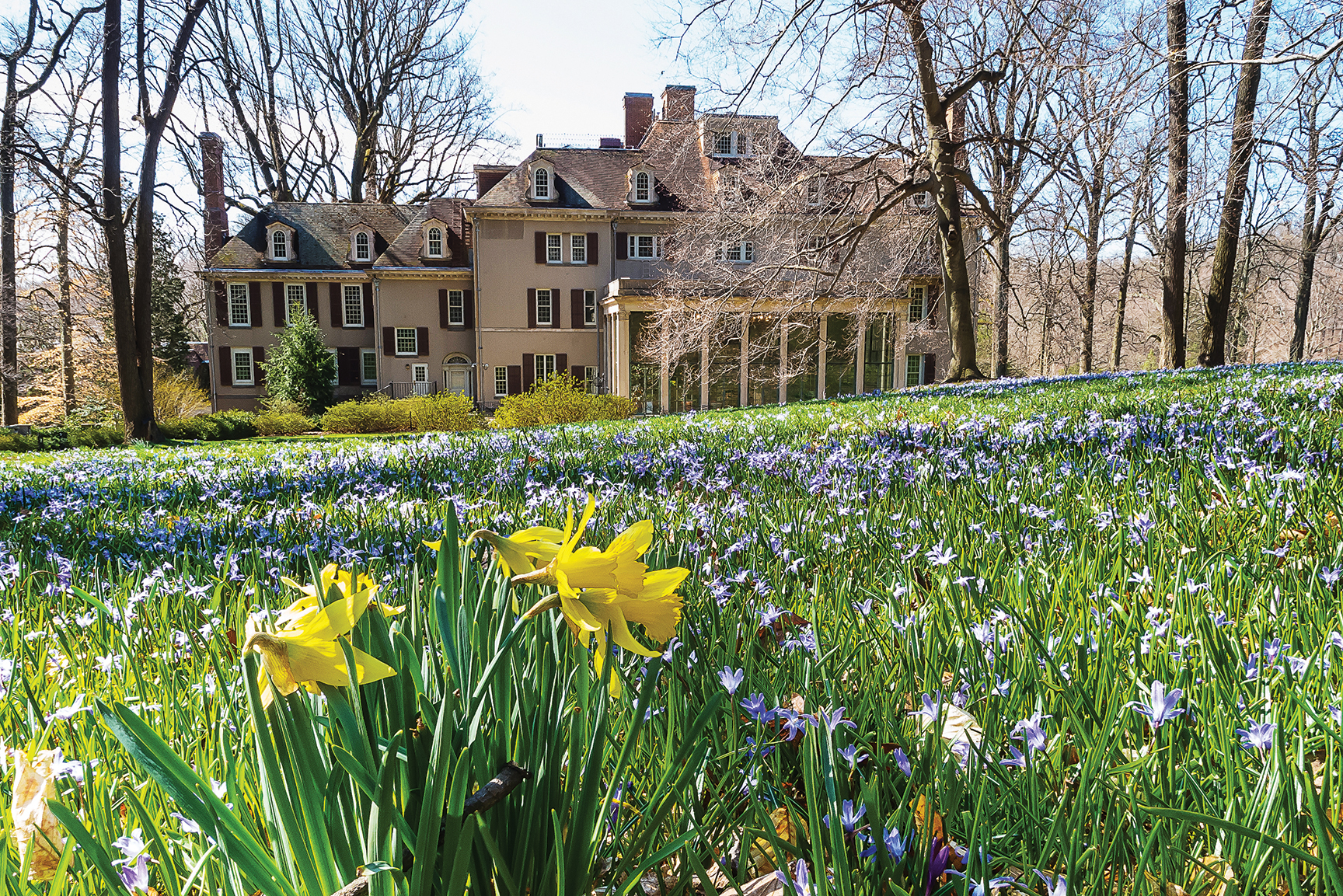 WINTER: The 60-acre garden of Winterthur is designed to provide blooms from late January into November, as seen in this winter photograph. (Courtesy Winterthur, Bob Leitch)

Winterthur is situated about a mile and a half west of the unincorporated community of the same name at the northern tip of Delaware.

Du Pont was a Renaissance man of sorts in his time. For many decades he plied a career as a noted horticulturalist and a premier breeder of Holstein Friesian dairy cattle.

He had a dubious educational start, struggling as a student at a Massachusetts boarding school and telling his father, “I know I am stupid, but I think if I had a tutor to myself, I could pass my preliminaries.” He served himself well and was admitted to the prestigious Bussey Institution at Harvard University, from which he graduated in 1903. 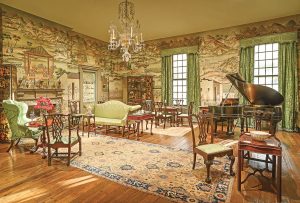 CHINESE PARLOR: The Chinese parlor in the Winterthur mansion is one of many period rooms available to the public through guided tours. (Courtesy Winterthur, J. Schneck)

For several years du Pont identified his occupation as “farmer” on tax returns and other documents. In the 1920s he developed an avocational interest in antique furniture and American decorative art. He developed a reputation as an expert, and First Lady Jacqueline Kennedy commissioned him to oversee the two-year renovation of the White House in 1961.

He expanded the family estate, built in 1837, from 30 rooms to a 175-room mansion, now a museum maintained by a sizable staff of experts, and oversaw construction of the 60-acre garden and landscaping on Winterthur’s nearly 1,000 acres.

After he dedicated the museum and grounds to public use in 1951, he wrote:

“I sincerely hope the museum will be a continuing source of inspiration and education for all time, and the gardens and grounds will of themselves be a country place museum where visitors may enjoy, as I have, not only the flowers, trees and shrubs, but also the sunlit meadows, shady wood paths and the peace and great calm of a country place which has been loved and taken care of for three generations.”

The museum houses nearly 90,000 decorative and functional household objects made or used in America between about 1630 and 1860. Most of the mansion’s rooms are furnished as period rooms, many of them accessible through public guided tours. Various galleries throughout the facility feature permanent and rotating displays. 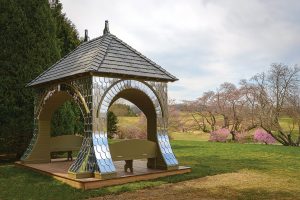 The collection is organized into categories: ceramics, glass, metalwork, paintings and prints, furniture, textiles and needlework. Curators continually add to the collection, following a carefully crafted acquisition policy. Some of the collections can be viewed online through databases, virtual catalogues and webcasts.

The department shares its expertise through tours on the first Wednesday of each month, a written informative manual available for purchase by the public and monthly conservation clinics where the public can bring in personal objects for condition assessment and recommendations for care.

The garden and landscaping

According to www.winterthur.org, “The gardens and landscape surrounding the museum are not a botanical collection maintained for scientific purposes, but rather an artistic composition that captures a significant period in the history of American horticulture. This landscape is a significant cultural artifact and its components — plants, architecture and decorative objects — are preserved and managed as a collection.”

The website, which maintains a yearly bloom calendar, describes du Pont’s passion and foresight in planting the garden. “He selected the choicest plants from around the world to enhance the natural setting, arranging them in lyrical color combinations and carefully orchestrating a succession of bloom from late January to November.”

Winterthur’s expansive library involves several collections totaling more than half a million documents of one form or another.

The collection of books and periodicals contains more than 100,000 volumes in open stacks and about 20,000 rare American and European imprints in closed stacks available only by appointment.

The museum complex hosts more than 200 educational and cultural programs and events every year. Some of the upcoming exhibits, on display until Jan. 5, 2020, are:

NEXT: Montgomery cements its position as a smart city in national Smart Cities Challenge