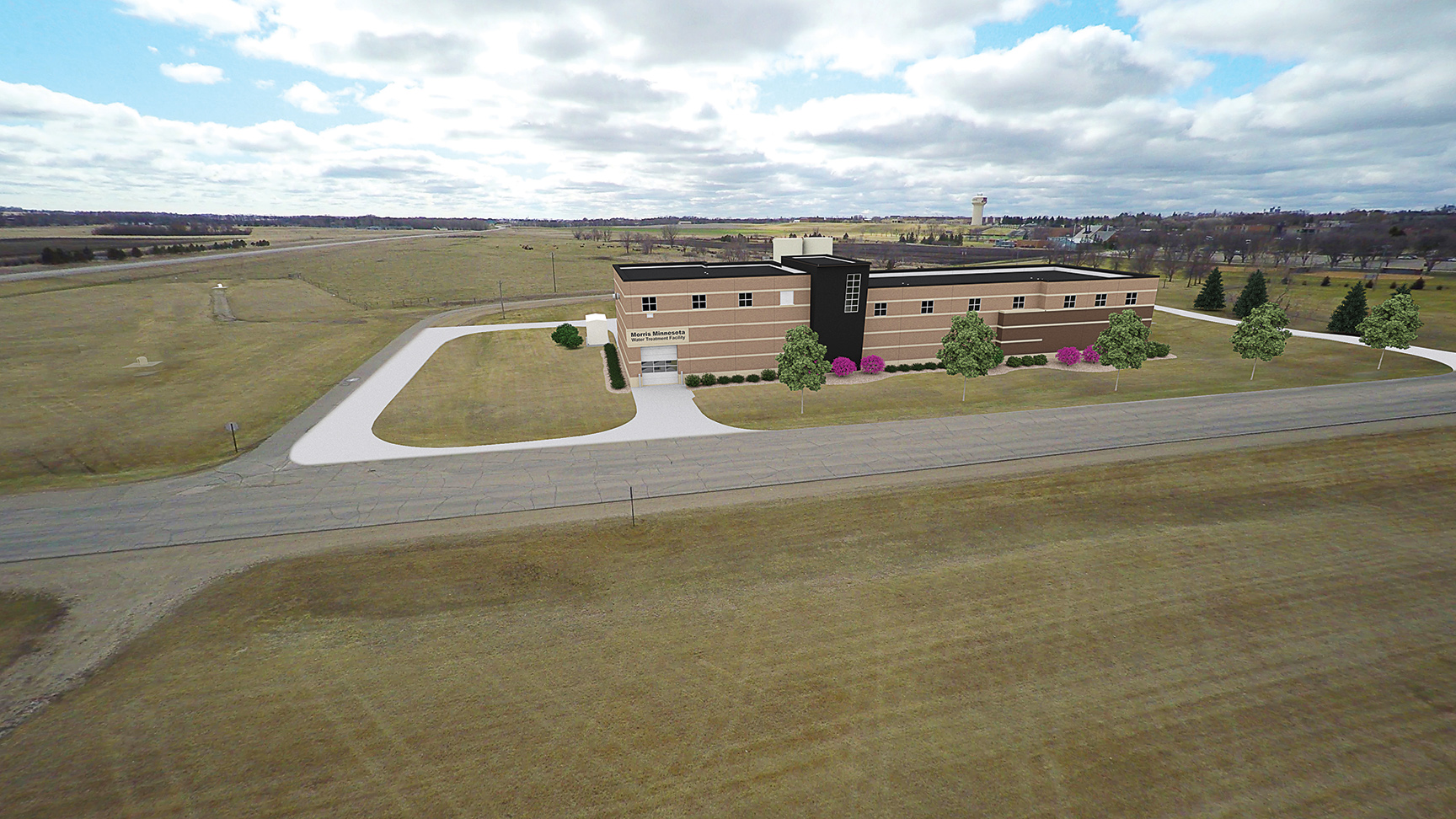 An outdoor rendering shows Morris, Minn.’s, new water treatment facility, which will soften the water for residents. A plan ordinance will then require residents to remove their in-house water softeners or switch to on-demand, high-efficiency water softeners. (Photo provided)

Minnesota is notorious for having “hard water,” meaning water with high levels of calcium and magnesium. Water sources with these minerals present can lead to what most people think of when they hear the term: spotty residue on dishes, dry skin after showers and a buildup of film on faucets and hoses.

Water softeners work by trading minerals like calcium and magnesium for something else, in most cases sodium chloride. The brine produced gets sent to wastewater facilities to be disposed of. While this practice softens the water for homeowners, it presents a whole slew of issues for the environment.

Chloride is a permanent pollutant and toxic to fish and aquatic life. Road salt washing into lakes and rivers is the major culprit, especially in larger cities, but in small cities and rural areas with fewer roads, the majority of chloride coming into wastewater plants is from water softeners, and most plants aren’t designed to remove chloride. 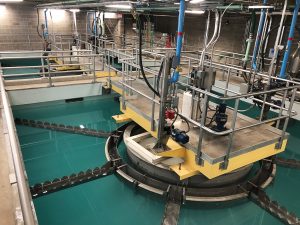 As Minnesotans combat chloride pollution in a majority of their natural water resources, the city of Morris is working toward a solution from which homeowners and the environment alike can benefit.

The town is in the final stages of completing an $18-milion water treatment plant that uses lime to treat water for residents and eliminate the need for in-home water softeners.

“The new treatment plant will soften the water for residents,” said Kris Swanson, principal engineer at Bolton and Menk, the company contracted in to complete the project. “Right now, most residents use ion exchange softeners in their basement. The city will use a process that adds lime and soda ash to the water, which settles out and removes the hardness with it. Then, residents won’t have to use as much salt in their softeners.”

The city of Morris received $12 million in state aid to help pay for the plant, and city residents will pay higher water rates to help cover the city’s share.

Swanson explained that the new treatment facility will lower the city’s water hardness from about 800 mg/liter to 100 mg/liter or less, eliminating the need for homeowners to have water softeners, saving them money in the long run on salt refills and maintenance.

“Home softeners exchange sodium chloride for calcium,” he said. “The new system won’t be an exchange, it’ll totally remove the calcium as lime sludge. We raise the PH level and then readjust it for drinking water.

While the plant is hard at work, Swanson said residents need to follow through on their end, too.

He further explained public education is key to making sure the treatment plant is able to function successfully. Teaching residents the science behind a water softener and allowing them to understand why theirs won’t be needed anymore is huge. 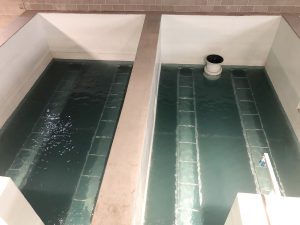 “The goal of this project, while it has all these benefits for residents, is we want to get all the chloride out of the water,” he said. “Much less salt will be discharged to the river, which will help the environment. Without that next step of ditching the softeners by the residents, this project is not a success.”

City officials plan to adopt an ordinance requiring residents to switch to on-demand, high-efficiency water softeners if they continue to use one.

The plant is currently in its final stages of testing before being rolled out for public distribution, and at press time, Swanson estimated the plant would be fully functioning and in use citywide by early summer 2019.

“We’ve been working on start up and started sending water to the distribution center. It’s been implemented citywide,” Swanson said. “The city is going to do some flushing and clean pipes out to remove sediment that’s going to shake loose.”

Without the cooperation of a number of parties, Swanson said, this project would not have been possible.

“This was a joint effort between the city of Morris, the state of Minnesota and the Department of Health working together to obtain some significant grants for the project,” he said. “This is a good model of a city being responsible and the state aiding them and taking that seriously. This is huge for Morris.”