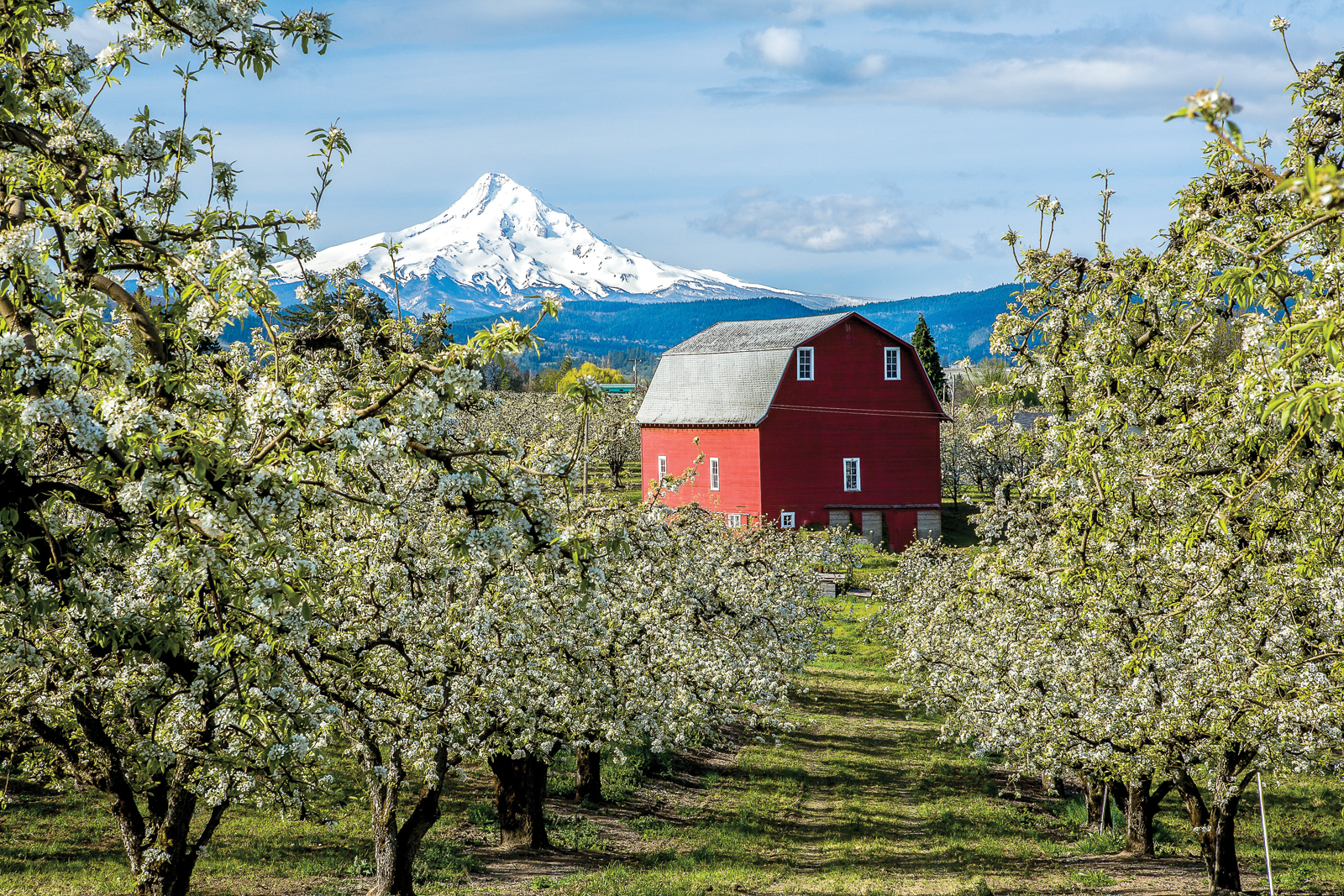 Agriculture plays a major role in Hood River’s economy, with surrounding farms harvesting half a million tons of fruit annually with the aid of a largely Hispanic workforce. (Shutterstock.com)

What does Hispanic outreach look like? If you ask Hood River, Ore., Mayor Paul Blackburn, it’s a very active, engaged and dynamic activity.

Blackburn has seemed to crack the code when it comes to reaching this group in an effective and meaningful way. Last fall, the League of Oregon Cities presented its 2017 Helen and Alan Berg Good Governance award to the city of Hood River for its Latino outreach program. Created in 1998, the Good Governance award honors city programs that connect citizens within a community.

But why Hispanics? The numbers help frame the story. According to research from the Pew Research Center, “the Latino population in the United States has reached nearly 58 million in 2016 and has been the principal driver of U.S. demographic growth, accounting for half of national population growth since 2000.” 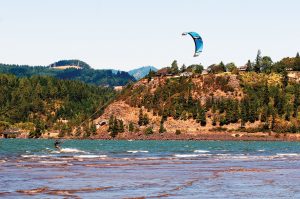 Hood River is also known as “the windsurfing capital of the world” thanks to its easy access to the Columbia River.
(Shutterstock.com)

Those statistics especially hit home in northwest Oregon. The city of Hood River, with a population of about 8,000, is made up of about one-third Latino families. According to Blackburn, this is because of the area’s agricultural roots and economic base. Many Hispanic families move or stay here to work in the fields.

“We produce about a half a million tons of fruit annually because of the (largely Hispanic) labor force,” he said.

This is juxtaposed with income from wind surfing tourists and Institu, a division of Boeing that designs, develops and manufactures unmanned aerial systems with a presence in Hood River. Regarding the former, Blackburn said the region makes the most of its topography. The nearby Columbia River Gorge and easy accessibility from Hood River, Cascade Locks and other nearby towns makes them the “windsurfing capital of the world.” In his words, the area has a “broad economic base.”

But the numbers tell just part of the story. Blackburn, who is bilingual and has used Spanish in previous jobs, saw firsthand how language can either be a barrier or something that brings people together.

In the case of his Spanish-speaking residents, the effort to speak their first language and meet them where they are can yield significant dividends. That’s why when Blackburn sought the mayor’s office, he did so intentionally. He had been on the city council for 10 years before winning the mayor’s office in 2014.

“The very first thing I did was speak some Spanish while on the (campaign) stump,”
he said.

That approach resonated well with voters and non-voters alike, and he pledged to continue to reach and engage Hispanics. To that end, he formed a Latino Advisory Council intended to “inform, empower and listen” to this minority group. Since then, participation in community affairs by the city’s Latino population has increased significantly.

In Blackburn’s estimation, it’s nothing groundbreaking, but goes back to identifying low-hanging fruit. Listening and responding to families who feel disenfranchised can do wonders to boost morale and even voter participation. For example, when public meetings were held on the rezoning of public land for affordable housing, the Latino community responded with robust participation, including Spanish-language testimony. 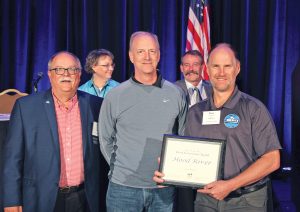 Representatives from the city of Hood River, Ore., accept the League of Oregon Cities’ 2017 Helen and Alan Berg Good Governance award. It received the award for its Latino outreach program. (Photo provided)

Another factor in his success is that connection can beget connection, too. In other words, constituents felt comfortable talking to him; their friends and family felt more open to communication. “So, it was kind of a snowball effect,” he said.

Blackburn also makes it clear that showing up doesn’t have to call for a great deal of advanced planning. In fact, it can be impromptu — and sometimes that comes across as more authentic.

“What I would do is just start showing up places,” he said. “It’s an open invitation (to talk to the mayor), whether it’s a road crew or a PTA picnic. People appreciate
the effort.”

Blackburn suggests mayors and elected officials in other cities follow suit if they want to foster deeper understanding and trust. Sometimes that means finding an ally in the community who can make the introduction. For example, Blackburn had a friend who was a parishioner of a local Catholic church who proved to be a great resource in connecting with the Catholic Hispanic community. Internally, he has worked with city officials like the chief of police to help them understand issues facing immigrants.

Going forward, Blackburn said there’s still work to be done in the form of issues like advocating for affordable housing in the community and alleviating fears related to the immigration debate.