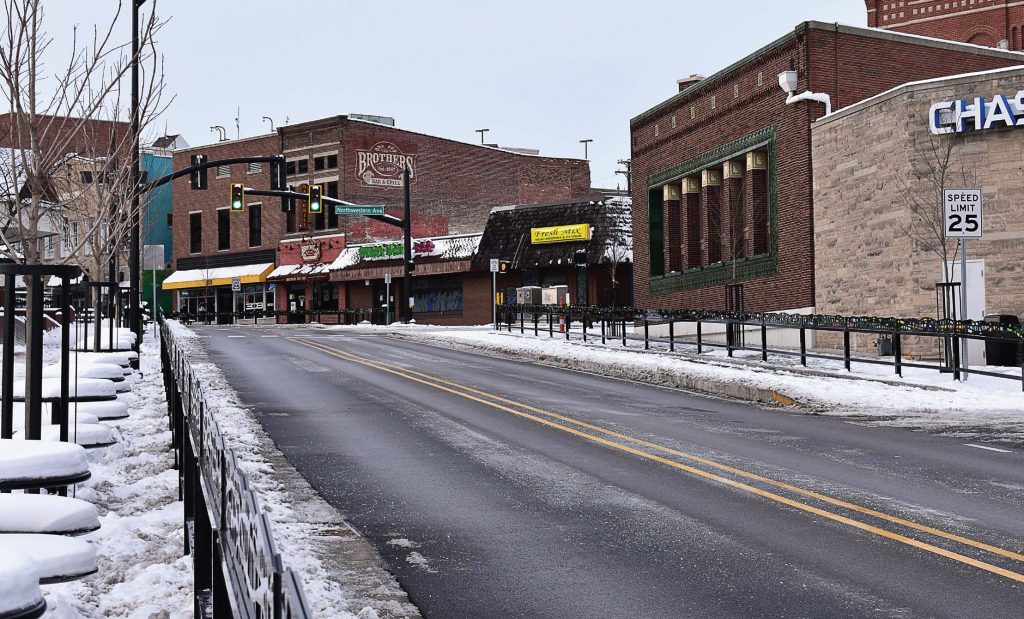 A road construction trend is sweeping the nation. Cities all around the U.S. are undergoing projects aiming to transform outdated one-way roads into improved, updated two-way commerce areas. Individual cities have different reasons for implementing the projects, but an underlying theme is improved traffic flow and overall accessibility within the downtown areas.

West Lafayette, Ind., is one of the cities undergoing this transformation. State Street, formerly a one-way state highway, has been undergoing construction to transition the corridor to a two-lane road. However, the project isn’t just about traffic flow. Erik Carlson, director of development in West Lafayette, said that project aims to transform the area into a vibrant, welcoming first impression of the college town.

“We are in the midst of a redevelopment project that’s citywide right now, even though it’s just known for the one street,” said Carlson. “State Street was recently just reopened to the public, although there’s still about a year’s worth of work left to do on it.”

In 2014, Purdue University’s property was annexed to be officially part of West Lafayette. Carlson said this has been beneficial for many reasons, mainly because the city can partner with the university on projects to better the city.

“We really want to reenvision this stretch as a two-way road,” Carlson said. “It was a oneway stretch through the center of town, and it was a state highway.”

The current project will include adding bike lanes to make the road more pedestrian friendly. According to Carlson, the city wanted the stretch to be used more by those in the community. In his opinion, the changes should unite the community.

Drivers now find many more useful routes around the city without traffic jams, and overall traffic flow has shown improvement. Carlson said he wants the roadways to work for any and all drivers, whether they’re just visiting or traversing the streets on a daily basis. The city believes that going back to more of a grid system will allow more pedestrian and bike access, contributing to more of an open commerce system in that area of town. The project, while necessary, has been lengthy. 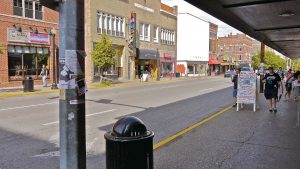 The old one-way State Street in the Chauncey Hill area of West Lafayette in 2011. (Qsthomson via English Wikimedia Commons) 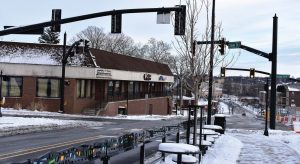 The new two-way State Street in West Lafayette has allowed easier access to the commercial Chauncey Hill area, which has a variety of stores and restaurants and Purdue University’s campus. (Photo by Sarah Wright) 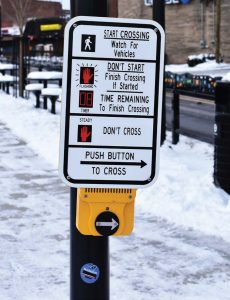 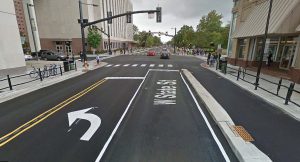 Pictured is the new two-way State Street in West Lafayette going toward Purdue University’s campus. With State Street being the main roadway going through campus, the change to a two-way creates a more welcoming impression. (Photo via Google Maps)

Though the process has been difficult, some positive benefits are already visible to those living in the area. People can turn left and right at most intersections, and the ability for cars to circulate throughout town is much improved. According to Carlson, the area has a completely different vibe and appearance than it did 12 months ago.

During the period of planning and construction, not much else has gone on project-wise within the city. Carlson said the $120 million project has been all-encompassing, and although city officials are planning for the future, all eyes are currently on this project.

Many cities around the country are aiming to improve traffic flow right now, and Carlson said West Lafayette is no exception — but efforts are keeping travelers in mind, too. “If someone wants to drive through your town, you want them to be able to go around it,” Carlson said. “The inner corridors should be for local traffic, whether it’s people who live here or those who are visiting. To be an attractive, welcoming town, you shouldn’t be packed full of people just passing through.”

For the city of New Rochelle, N.Y., the process of changing its one-way streets was more of a preemptive strike. The city sees the changes as improvements, rather than strict problem-solving, although the changes have already started bringing about some positive changes. The construction was done over a number of months, and law enforcement helped direct major intersections during the first week. However, citizens knew changes were coming: The project was preceded by an intensive public information campaign that lasted over a month to keep drivers abreast of upcoming changes.

“The city of New Rochelle is undergoing major downtown revitalization, and we conducted a study with the intent of improving traffic circulation and pedestrian and cyclist safety,” Public Works Commissioner Scott Pickup said. “Most recently, the city has converted a one-way street near the library to a two-way, and a two-way street near the transit center to a one-way.” He added that their roadways were under overall review, and there are plans for a new street that will connect the train center with the downtown area.

“Our aim is not only to enhance our current streets, but to create the streets of tomorrow,” Pickup said.

Because of the changes near the transit center, commuters have seen much less waiting time when exiting the parking garage during rush hour. The $5 million plan’s main goals were to convert the streets to two-way for the first time since 1951. Double-parking and speeding were among the concerns of the one-way passages. Allowing citizens to walk and shop downtown, along with making the area feel new and updated, are among the benefits seen by the city in recent months.

As cities around the nation grow and change, many will undergo projects similar to these as need grows for better traffic flow and street function. Although the individual reasons for construction projects vary greatly, there’s one underlying theme: moving forward and making changes to prepare the city for the future.