We are living in the age of instantaneous information. Perhaps nowhere has this become more evident than in the proliferation and delivery of news. Everyone, everywhere, is racing to be the elite, the first. Sometimes that race can be compromised by decisions of judgment, particularly where politics is concerned. The line between personal and professional, between decorum and dalliance, can become ever more hazy.

But for many individuals in the public sector, social media has created a new echelon of preference in the distribution of breaking news. The key to success, users will freely admit, is in knowing when boundaries can or should not be crossed.

One such instance is where mayors and other elected officials are concerned. John McNally is the mayor of Youngstown, Ohio, and counts himself among advocates of the stream of breaking topical issues that can be announced via the Internet.

“I am a big Twitter user, but I don’t do much on Facebook or Instagram,” McNally noted. “Twitter is easy enough for me to do throughout the day if I want, and I can attach pictures I want folks to see.”

To help keep matters categorized where McNally feels the topics are best suited, he maintains separate accounts for various subjects.

“My account is @mayormcnally. I am the only one who has access to it, and I post all types of stuff, city-related and personal/ family-related.” He also has a personal account at @johnmcnallyiv as well as another one for campaigning purposes at @mcnallyformayor.

When the scope of interest has a broader, community-focused orientation, McNally has a civic-themed avenue he uses, @downtownyoungstown, and an active Facebook page. Those accounts have a shared access.

“The city has an account to promote downtown activities, and our downtown events director runs both of those sites,” he noted.

McNally said that while he strives to be mindful of the discretion and etiquette that goes along with the privilege of availing social media, he believes that ultimately, the user is best suited to make that judgment call.

“I do have to think twice sometimes about what I post on my page,” he admitted. “Some folks think it is city-run or owned, and I do get some complaints. I do tell folks it’s my account, and if you don’t like it, it is easy to unfollow.”

Bearing that sentiment in mind, Twitter has taken a proactive stance about educating politicians on ways to become empowered through social media communication. The company has also provided basic guidelines that should be considered when posting.

Staff members at Twitter have composed a 137-page handbook, with insights shared by employees who have had specific experiences in politics, government and other civic-minded affairs. The manual is titled “The Twitter Government and Elections Handbook; 2014 U.S. Edition.”

Some of those suggestions include making sure that Twitter is used as a means for listening to the constituency, not merely talking at them. It can be described as a “real time measure of public opinion,” the book observes. 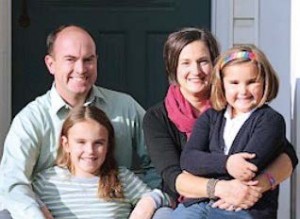 Mayor John McNally of Youngstown, Ohio, pictured here with his family, is one of many municipal officials who communicate via social media with constituents. Keeping topics categorized and maintaining multiple, topic- or purpose-focused accounts helps him share effectively. (Photo provided)

Furthermore, it offers words of wisdom on sharing the “real you,” along with creative ways to be authentic and how to issue calls to action. Other chapters delve into ways to maximize tweet boosts through ingeniously crafted hashtags, analytics and notification filters; and how to launch a platform.

The guide’s success has spun off into a Twitter-sponsored website where there’s a range of information, spanning from the most basic details on how to begin a Twitter account to tales of success shared by other notable users who specifically cite Twitter as an integral resource in the forward movement of their visions and goals. That website can be viewed at media.twitter.com/government.