↓
Home→Fire→Come together Are police and fire department mergers catching on?

With budget cuts and layoffs consistently causing police and fire departments to do more with less, communities across the nation are seeking outside-the-box solutions to maintain and manage those critical areas of public service.

Among the most controversial is the hiring of civilians or contracting these departments to outsiders, but a solution that is gaining more attention and, in some places, support is the consolidation of the two departments into one public safety branch, which enables cities to maintain an effective level of protection to the community despite the lack of financial resources. 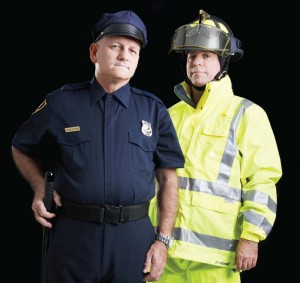 Merging law enforcement and firefighting agencies is always a controversial idea. It has failed miserably in some areas and thrived in others, and there are strong opinions both for and against it.

It’s an idea that has failed miserably in some areas and thrived in others; and there is no shortage of opinions as to how well it works. Some laud the idea of shared services as an emerging model of public safety service delivery, because it requires personnel to be cross-trained in both fields; others see it as nothing more than an ill-thought-out idea that appeals only to untrained administrators trying to save a few bucks.

Regardless of which side of the issue you fall, these consolidations are becoming more and more common. In Michigan, where the concept originated, Michigan State University has conducted research into its effectiveness. According to a recent study, at the present moment 128 jurisdictions have merged their police and fire administrations.

Michael Cecchini, public safety director for Bay City, Mich., said it’s a solution that has saved the community significant money in recent years and will continue to save money in the future.

“There are several types of mergers that can occur depending on the needs of the community,” he said. “Some cities and towns may opt for a full consolidation or something that allows the departments to merge administrations while keeping the two departments as separate entities.”

Bay City decided to merge its police and fire departments into a public safety unit in 2012 and implemented it within 18 months. Cecchini said the city was facing a huge budget deficit that was sure to result in numerous layoffs: It needed to do something. The merger would help reduce personnel costs immediately, give it more first responders when they were needed and save money down the line. 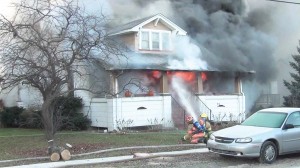 Among the methods for transitioning to a merged public safety organization is, as retirements happen, to bring in personnel who are willing and able to be cross-trained. (Photo provided)

It was not an easy process, however, and Cecchini said the merger continues to be a work in progress. As the public safety division was developed, Bay City consulted with other municipalities that had done this in the past in order to make the transition easier for everyone involved. It had to create programs to help cross-train law enforcement officers and firefighters, negotiate with unions and put some temporary measures in place as they moved into the new model.

Quick to note that this lack of participation does not denote an unwillingness to cooperate, Cecchini said that other challenges exist when trying to merge two schedules and unions. Some issues prevent firefighters from becoming fully trained without giving up some of their seniority, which the city sympathizes with. As firefighters retire, he said, the community plans to bring in personnel that can be cross-trained, making the public safety department fully functioning in years to come. In the meantime the city benefits from the number of cross-trained officers it does have who can be extra hands on the ground whenever there is a structural fire.

“Having enough people to respond and getting them there quickly makes all of the difference when it comes to fighting a fire, and at our last house fire, we had 20 firefighters on hand to help out and that is unprecedented. The fire chief, who has been here for many years, said he’s never seen anything like it.”

Despite the success of some such mergers, others still feel that they don’t work long term. Dennis Rubin, a former fire chief for Dothan, Ala., and now principal partner at DL Rubin & Associates, said in a blog post for firerescue1.com that the cost reductions are generally not worth the effort to merge both entities into a single unit. He said the duties and responsibilities of both departments are a diverse skill set that are not easily transferable in a short amount of time. In addition, he feels that there are not enough hours in the day to prepare for a shift, maintain physical fitness and be 100 percent ready for every scenario that could come up when you have split responsibilities, and he feels it’s unlikely anyone could do both jobs effectively over the long term. 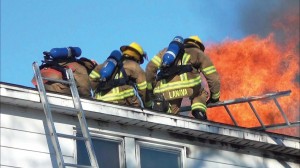 Where the competing communication systems, schedule conflicts and union differences can be overcome, cross-trained police and fire responders can make a significantly positive difference in incident control — particularly in rural areas where responders have to travel greater distances. (Photo provided)

“To the untrained administrator, (a merger) is a very inviting proposition. The merger becomes a trailblazing and leading-edge idea as how to organize local government into a leaner, more functional service,” he wrote. “However, the transition of police duties into the fire and rescue department comes at a steep price … Intangibles such as organizational stress, personnel resistance and demoralization of the rank-and-file members of both departments are the major factors that will ensure this type of plan’s failure.”

Cecchini counters by saying mergers can and do work, provided a community is willing to develop a plan that can evolve over time and that the personnel is committed to creating something sustainable.

“The creation of a public safety division takes planning, commitment and political support. If you don’t have that support from the city commission, town council or an agreement with the labor organizations, you will run into problems,” he said. “There are costs to factor in, but in my opinion the benefits are worth it. I think it’s something that more cities will turn to in time.”