Public transportation played a critical role in expanding the United States of America. Once upon a time it was the stagecoach that helped people go from point A to point B, followed by rail lines, trolley services, bus routes, subways, “El” trains and airplanes. However, as the automobile became the choice mode of getting around in the post WWII era, public transportation opportunities were relegated to bigger cities with larger populations rather than small towns or rural areas. 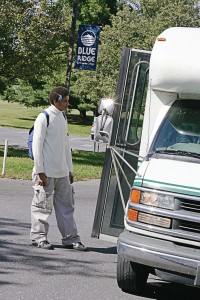 In order to establish a public transportation system in a smaller city or rural area, the public has to vote on it, it has to be funded, a support system has to be put in place and residents have to have access to it. (Photo provided)

When community leaders in Allendale County, S.C., learned that there was a lack of alternative transportation between individuals and their employment, training, medical services, human service agencies and recreational amenities, they created the Allendale County Scooter.

Allendale County Scooter is a cooperative effort made possible by a variety of agencies, local service providers and government entities that gives citizens an affordable way to access local resources. Drivers are trained in vehicle operation, customer assistance, CPR, first aid and sensitivity in order to better address the needs of all customers. Most vehicles are accessible to people with disabilities.

“Public transportation is a critical piece to a town’s economic development,” said Rochelle Ferguson, First Transit general manager and executive director of Palmetto Breeze Transit. Together with the Daufuskie Island Ferry and Lowcountry Mobility Management services, PBT oversees the scooter program. “It provides increased economic opportunities for businesses as well as residents and links them with jobs, recreational opportunities and critical resources.” 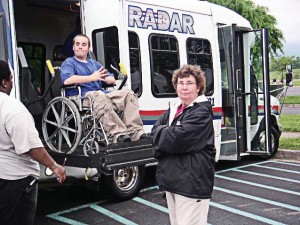 However, small town mass transit is more than a service for the disabled. Communities have learned that mass transit programs can improve the quality of life for a variety of populations while promoting sustainability and cleaner municipalities. Mark McGregor, president and CEO of Virginia Regional Transit, said that public transportation benefits those with limited mobility, job seekers and everyday wage earners who need an affordable way to get to work everyday.

“Owning a car is expensive. Some families can’t afford to have two cars in the garage or to spend half of their paycheck on a car payment, insurance and fuel. Those who are disabled rely on public transportation to maintain an independent lifestyle, and those who are already on public assistance or are unemployed need these mass transit options to connect them with the resources necessary to improve their circumstances.”

But according to a 2012 report published by Reconnecting America, smaller communities have discovered the benefits of developing mass transit options in order to connect residents to local jobs and other resources.

Public transportation investments are being used to address the challenges of limited resources, populations both shrinking and growing older, industrial decline and the loss of farmland. Through strong partnerships and creative funding mechanisms, the initiative is creating stronger, healthier communities. 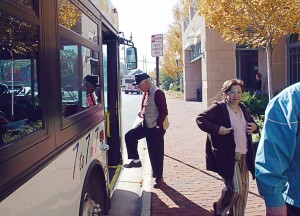 In Virginia every high-end job requires an average of three positions to support it. The population that fills those jobs is the one that most often needs access to public transportation.
(Photo provided)

While the statistics vary from state to state, McGregor said that for every high-end job in Virginia, it takes approximately three support workers to maintain the lifestyle associated with that job. That makes public transportation a critical component of a community’s infrastructure.

“Everyone relies on gas station attendants, supermarket cashiers and restaurant workers to be there when you need them. If you stop and think about the places where you do business, what would it be like if those people couldn’t get to work?” he asked.

Though mass transit may seem like an obvious option for small towns and rural areas, both McGregor and Ferguson said there are a number of challenges to establishing a public transportation program in a particular community. The public has to vote on it, it has to be funded, a support system has to be put in place and residents have to have access to it.

“It takes a lot of creativity to put it into place, but when you find people with perspective and who are willing to create those partnerships with area entities and other communities, you can overcome any barrier,” Ferguson said.

McGregor added that big cities tend to embrace mass transit readily, because it seems like more of an essential public service in those areas, but small communities need to realize how public transportation can benefit them as well. He encouraged communities to work together to establish bus routes and light rail systems that can connect their areas and provide opportunities for residents they may not have otherwise. Thought should also be given to the support structure such as bike trails, walking paths and other amenities that can revitalize a community.

“The federal government already has a program that will help pay for 50 percent of a mass transit system, and we contribute money to that program through our tax dollars,” he said. “If you aren’t taking advantage of that opportunity, another town will. Why not use that money to benefit your own community?”