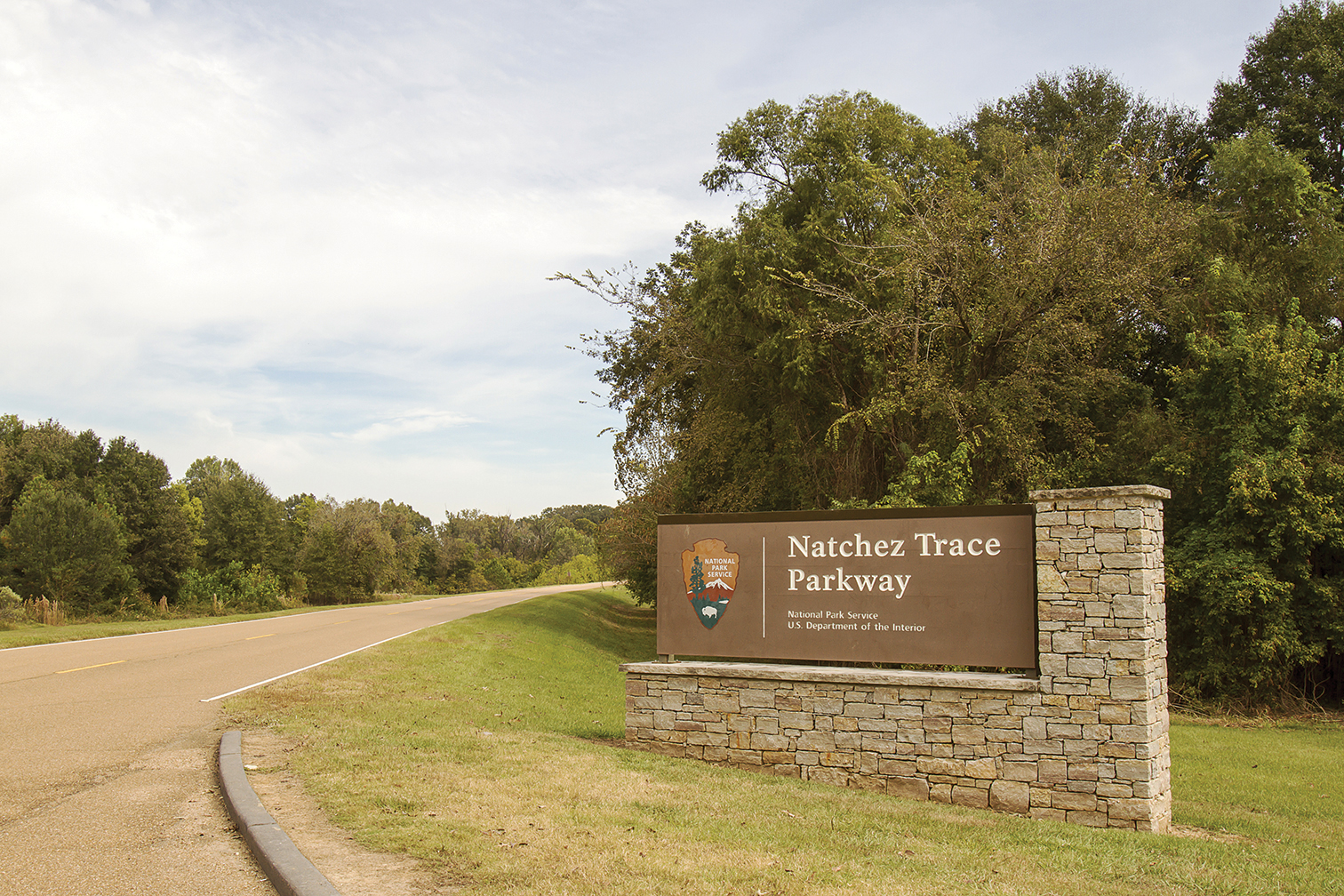 Real estate entrepreneur John Bourthoumieu recently migrated from northern Indiana to a waterside home on the Tennessee River about a dozen miles northwest of Florence, Ala.

He found out about the Natchez Trace Parkway from “the guy who sold me the house” and decided to ride the 103-mile stretch from Leiper’s Fork, Tenn., to the exit less than 2 miles from his new abode.

He spelled out his first impression of the parkway letter by letter. “W-O-W,” he said, feting the immaculate two-lane thoroughfare with the grass meticulously mowed from the edge of the road to the beautiful nonstop tree line bookending the section he has since traveled another 14 times.

Bourthoumieu is enamored as much of what the Natchez Trace Parkway does not contain as for what it offers. “There is no commercial traffic, no stop signs or stoplights, no billboards or houses and no potholes. It is just wilderness and beautiful forest about 40 to 200 feet from the road. 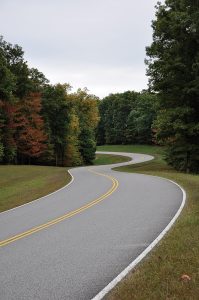 The Natchez Trace Parkway provides stunning scenery all along its serpentine length from Natchez, Miss., to Nashville, Tenn. (courtesy of the National Park Service)

“There are lots of curves with rolling hills and valleys,” he said. “It is just fun to drive. You feel like you want to put the car on cruise control and recline a little bit. It’s as relaxing as can be.” The National Park Service, which maintains the Natchez Trace, has established a speed limit of 50 mph for most of the 444-mile parkway, occasionally interspersed with a limit of 40 mph.

“Even the cops are nice,” said Bourthoumieu, recalling an incident when he enjoyed the scenery perhaps a bit too much. “I was coming down a hill” when he glanced at his speedometer, which read 62 mph. He looked up just in time to see a trooper car approaching from the opposite direction.

“The officer turned on his lights, kept them on for about 10 seconds as he passed me and kept on going. That left a very favorable impression on me.”

The original path was carved thousands of years ago by herds of sizable animals, such as bison and deer, that followed a geologic ridge line from the Mississippi River to the salt licks in central Tennessee.

Prehistoric American Indians and later the Choctaw, Chickasaw and Natchez tribes hunted the game, following them along the original trace. At the beginning of the 1800s, farmers, boatmen and frontiersmen from Pennsylvania, Ohio and Kentucky — collectively known as Kaintucks — used the corridor for settlement and commerce.

Meriwether Lewis and Andrew Jackson were among the historical notables who traveled the trace.

Native Americans who had settled along the trace helped improve it into a well-established path. President Thomas Jefferson wanted to use the trace as a thoroughfare and postal road to facilitate travel and communication and entered into treaties with the Choctaw and Chickasaw tribes to maintain peace along the trail. In 1801 the U.S. Army began trailblazing along the trace, which Jefferson dubbed “The Columbian Highway.” Travelers, though, called it “The Devil’s Backbone” for its rough conditions and their frequent encounters with violent highwaymen.

By 1809 the trail was fully navigable by wagon, with a full-length journey taking two or three weeks. Travel inns and trading posts, called “stands” in the day, sprang up in abundance along the trace.

Most of the foot traffic during the trail’s heyday was in a northerly direction, for a very practical reason. Merchants floated their wares from the Midwest along the Mississippi River to Natchez, Miss., and New Orleans, La. The southbound current, however, was too strong for their return trip, so they sold their makeshift cargo vessels for scrap after unloading them and walked back along the Natchez Trace. 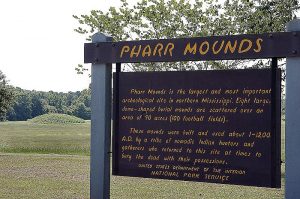 The Pharr Mounds are the largest of the Indian burial mounds along the Natchez Trace Parkway. (courtesy of the National Park Service) 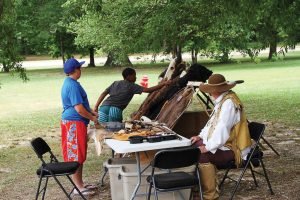 Children and adults can get an education during Pioneer Day at the Parkway Visitor Center in Tupelo, Miss. The reenactments are held the fourth Saturday of each month throughout the year. (courtesy of www.scenictrace.com)

With the invention of the steamboat, which could move goods more quickly, cheaply and in greater quantity, and the development of Jackson’s Military Road, which provided a more direct overland route from Nashville to New Orleans, the need for the trace plummeted and it fell into disuse, eventually becoming overgrown with foliage.

The stands closed and the road was used only locally by nearby inhabitants. Only one of the original stands remains today: Mount Locust near Natchez, Miss.

The old trace was placed under the care of the National Park Service in 1938 and the present parkway was completed in 2005. The road now stretches through three states, with 308 miles through Mississippi, 103 miles in Tennessee and 33 miles cutting the northwest corner of Alabama.

Amenities include 40 gas stations near the trace, or about one every 10 miles, and more than 40 bed and breakfasts, cottages, guest houses, retreats and hotels. More than a dozen campgrounds, three of them primitive camping areas, are available to travelers who would rather “rough it.”

The center is open daily from 9 a.m. to 4:30 p.m. except on Thanksgiving, Christmas and New Year’s Day.

NEXT: The city seal of Wahpeton, North Dakota