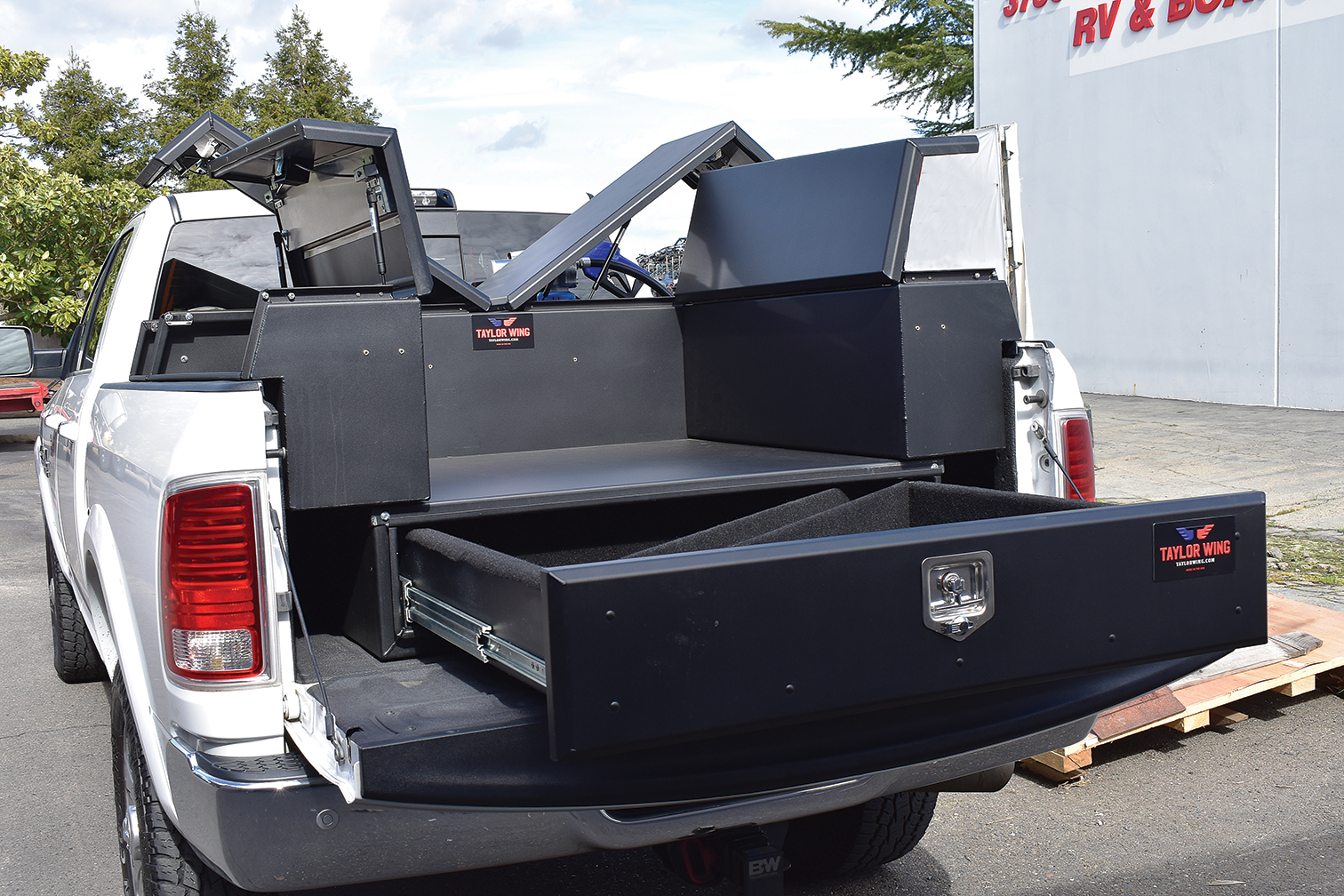 Taylor Wing’s aluminum products are created with marine-grade aluminum, which is twice as thick as most of its competitors. With several features like Tru-Rain System, Tru-Fit Lid Assembly and Soft Close Latch Assembly built in, Taylor Wing’s truck boxes are built to last. (Photo provided)

Based in Northern California, Taylor Wing is driving innovation in the after-market truck industry when it comes to truck tool boxes, tool/fuel combo boxes and fuel tanks. For 40 years, the company has set out to do one thing: build the best. Taylor Wing’s new facility will increase its capacity to do so while also creating a more content team behind the products.

“The new facility is twice as big as our existing one,” Brad Durga, owner of Taylor Wing, said. “Our new, state-of-the-art Trumpf manufacturing equipment will allow us to produce our products much faster, in a more efficient manner. We have also included a large kitchen/dining area in the new facility to encourage our shop and office team members to eat and interact together. We want to help create a pleasant and cohesive work environment.”

Taylor Wing carries this through by providing its team members Platinum level insurance coverage so they can take care of themselves rather than being deterred from medical care by high deductibles. The new facility will also boost team members’ opportunities. 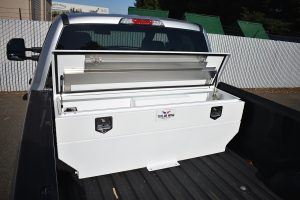 “The new machines are a lot more user-friendly,” Durga explained. “This will allow us to promote from within rather than having to hire exclusively outside the Taylor family for skilled positions.”

A happy team paired with Taylor Wing’s design and construction process has made for a well-crafted product that has been embraced by several top public agencies’ fleets, especially within the firefighting and emergency services arena.

It all starts with quality materials in the construction process. Taylor Wing’s aluminum products are constructed of 1/8-inch marine-grade aluminum, which is twice as thick as most competitors. To top it off, Taylor Wing makes every effort to source materials and equipment from American businesses.

The thicker aluminum, paired with Tru-Rain System, Tru-Fit Lid Assembly and Soft Close Latch Assembly, helps ensure Taylor Wing’s products are designed to last in the most challenging conditions. The Tru-Rain System features neoprene weather-stripping seal in the upper lid, which prevents damage from objects moving in and out of the box. This feature, combined with a rain channel, makes the lids virtually water, weather and dust proof.

The Tru-Fit Lid Assembly features a unique stiffening system that provides unmatched strength. This assembly also features an integrated pin mount latch system, one-touch closing and revealed hinge for a precise, flush mount fit in the truck bed. Meanwhile, tapered edges allow Taylor Wing tool boxes to match a cab’s contour, creating a truly custom-finished look. For safety, a soft close latching system, which incorporates a T-latch that is more secure than a push button, provides a coordinated locking system where you only have to unlock one side for access. It also has a fully covered interior latching system to prevent objects inside the box from interfering with the latch system.

All of these are standard features available in every product made by Taylor Wing, making them the best box period.

“If you put one of Taylor Wing’s products side by side with our competitors — it is easy to see we build a better box,” Durga said.

This year, Taylor Wing has also introduced a new steel line that boasts the same construction quality as its aluminum line while offering a lower cost option for customers. 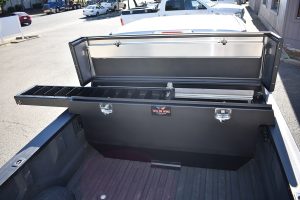 With an in-house finishing department, Taylor Wing is able to provide products in custom colors for fleet customers.

Clients also have the option for several standard finishes for their Taylor Wing aluminum boxes, which include matte black and white, diamond clear (unfinished) and Taylor Shield. Steel boxes are available in matte black and smooth white.

Taylor Wing’s American-made products come with a lifetime warranty, which aligns with the company’s desire not only to offer quality construction but also quality customer service.

“Once you can see, touch and engage with a Taylor Wing product, it’s a no-brainer,” Durga concluded. “You’re going to pick it.”

NEXT: Leawood, Kansas: Growing with distinction