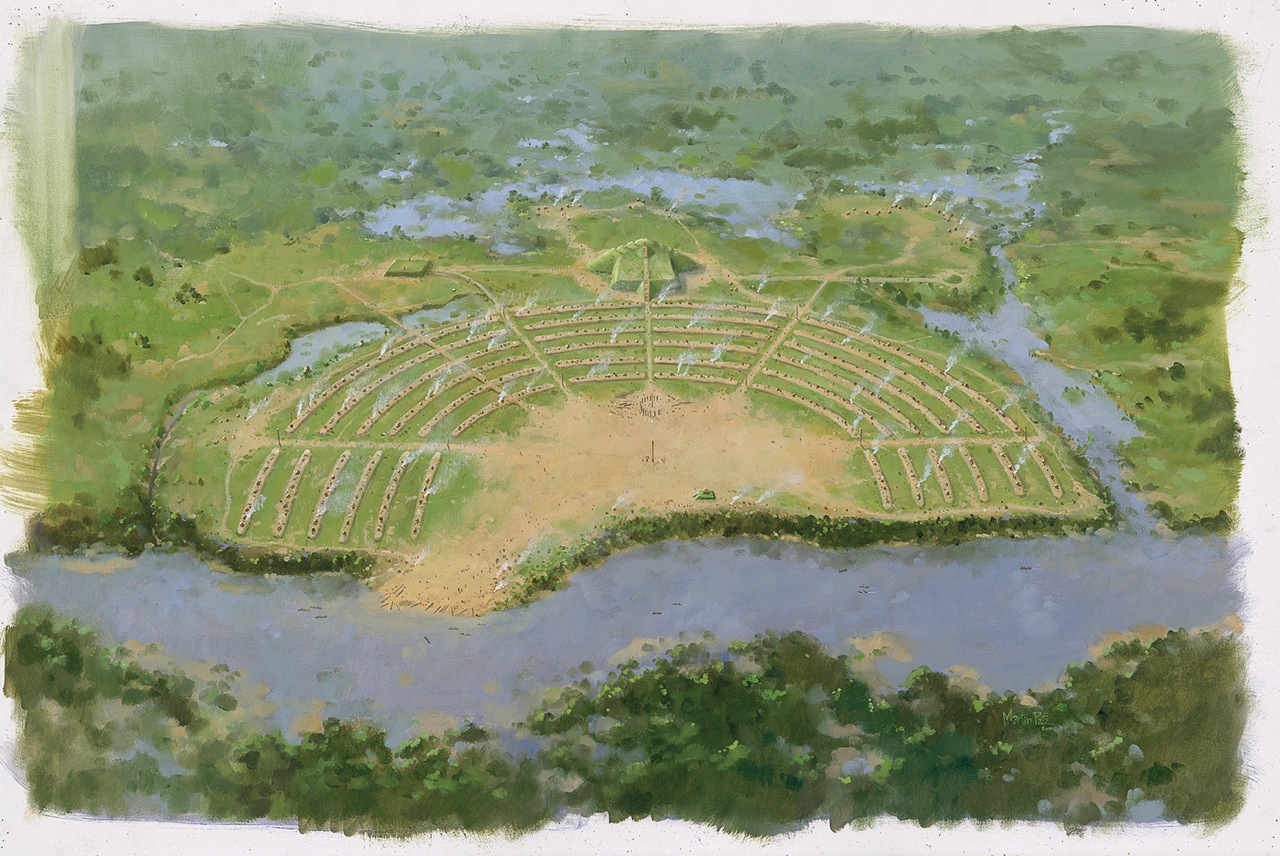 The place is a mystery, a classroom, a cultural museum and an ancient encyclopedia written more than three millennia ago that is slowly unfolding its pages to the painstaking efforts of archaeologists.

Poverty Point State Historical Site, a U.S. National Monument and Historical Landmark, located 10 miles south of Pioneer, Louisiana, a village of 153 residents in the northeastern corner of the state, features “the largest and most complex late archaic earthwork occupation and ceremonial site yet found in North America,” according to the National Park Service.

The 402-acre site along the Bayou Macon consists of six concentric semicircle earthen ridges separated by gullies and divided by four aisles. The ridges, eroded by time and agricultural plowing, presently rise up to 6 feet above the intervening swales, which themselves measure between 65 to 100 feet wide.

The rounded crests of the ridges are 50 to 80 feet wide and the outermost ridge arcs for three-quarters of a mile. Inside the inner circle lies a 37.5-acre central plaza. 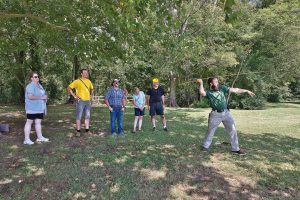 A demonstrator shows how to operate an atlatl, an ancient device used for throwing spears and darts farther and more accurately.

Two dozen generations of indigenous people invested an incalculable amount of ingenuity and manual labor to create the earthworks between 1700 and 1100 B.C. The meticulous engineering is all the more astounding, considering the full scope of the design was not visible until modern-day drones captured the expanse of the work.

Construction of the site required the movement of 5.3 billion pounds of soil, carried 30 to 50 pounds at a time in baskets. Researchers have discovered about 80 tons of rocks and minerals carried or floated in from up to 800 miles away. The stone was used to craft artwork, bowls, tools and weapons.

Enigmatically, though, no human remains have been found. Walker offered several reasons for that. “The soil here is very acidic, so the bones have probably just gone back to dust. Or the people could have put their dead on boats and allowed them to drift downstream or taken them off-site to bury them.”

Walker did express some optimism that status could change. “Only about 1% of the site has been excavated, so we may yet find some remains.” That may lead to identification of the indigenous population. “We don’t know which tribe they were from because we cannot extract any DNA,” he said. “We just refer to them as the Poverty Point people.”

For reasons unknown the site was abandoned for almost two millennia until A.D. 700, when American Indians reoccupied a small portion of the site.

Poverty Point, which receives about 15,000 visitors a year, is an educational experience for adults and children. “We get a lot of school groups on field trips,” said Walker. “The kids love the demonstrations, especially the atlatl (an ancient device used for throwing spears or darts). It takes a little practice, but they catch on pretty quickly.”

According to www.povertypoint.us, the Poverty Point people “left no written records of their day-to-day lives. We know the site was a ceremonial center that was once home to hundreds or perhaps thousands of people, as well as a trading hub unmatched by any in North America at that time.

“Archaeologists have learned about these people by the materials they left behind — artifacts and archaeological features — as well as what they didn’t leave behind, such as burials and crop remains.” The museum displays some of the myriad artifacts found during excavation of the site. 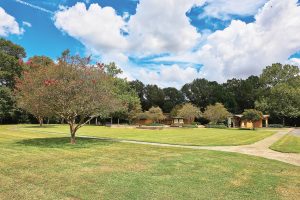 Poverty Point, a nationally and globally recognized landmark and heritage site, receives about 15,000 visitors a year. 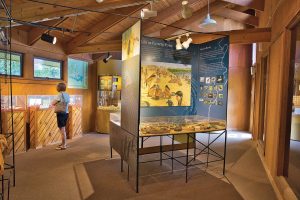 The Poverty Point interpretive museum conveys the best inferences how the indigenous Americans lived on the site more than three millennia ago.

The most abundant artifacts are Poverty Point Objects, small hand-formed clay marbles used to cook food. The PPOs were heated by fire in a pit, and after the fire died down, raw meat or fish was added and the hole or earth oven was covered to cook the meat.

In 2014 Poverty Point joined such sites as Stonehenge, the Giza pyramid fields and the Great Wall of China as a UNESCO World Heritage site. The complex includes an interpretive museum, interpretive hiking and driving trails and scheduled demonstrations and programs on pottery, ancient tools, flint knapping, primitive fire starting and earth oven cooking.

Upcoming events in 2020 include:

Other amenities include picnic areas and daily guided tram tours Wednesday through Sunday at 10 and 11:30 a.m. and 1 and 3 p.m. March through October.

NEXT: The roads of tomorrow