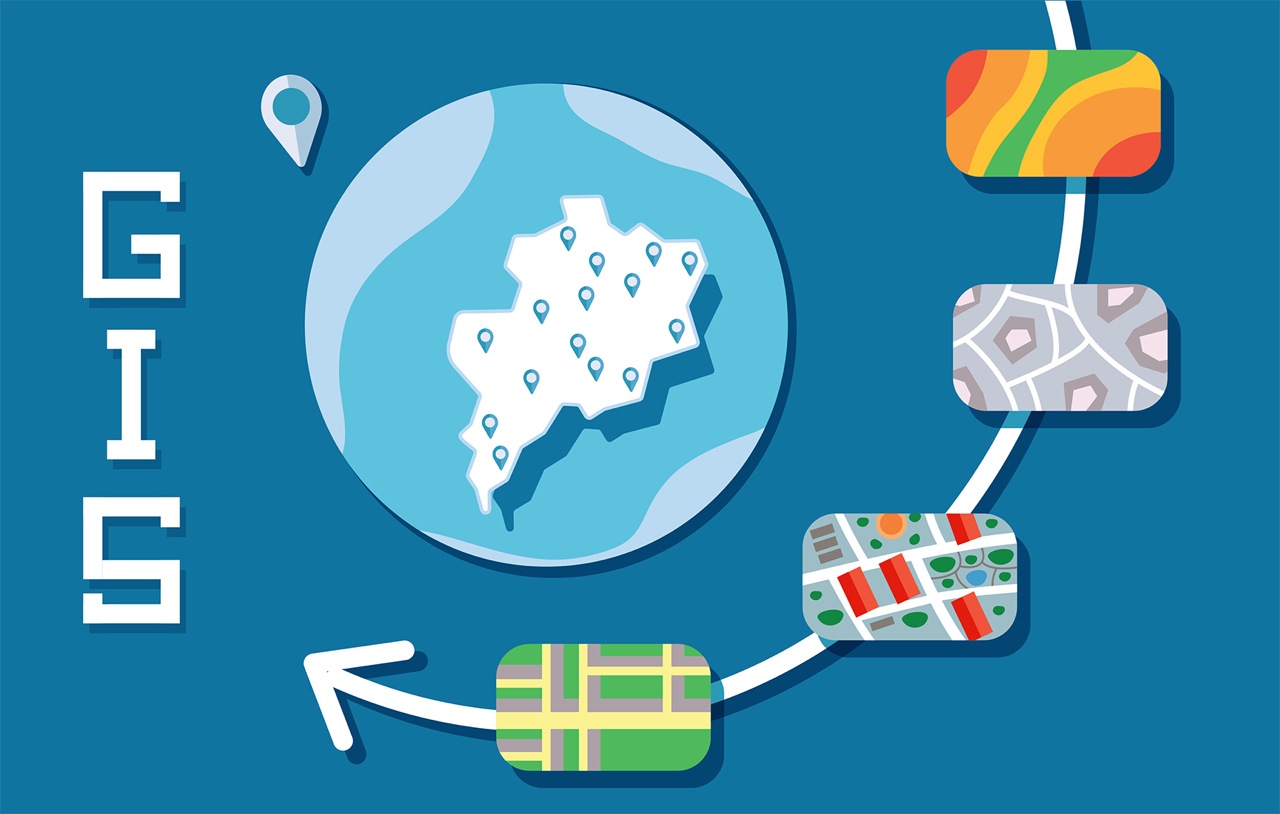 The world’s urban population is expected to increase 60% in the next 30 years, and it would behoove municipal leaders to start planning for that now.

Many municipalities are currently grappling with the challenge of maintaining infrastructure and an acceptable level of services in the face of shrinking budgets and personnel cutbacks.

The prospect of accommodating more people — and their attendant necessary accoutrements like living spaces, utilities, vehicles and recreational amenities — can be daunting for city planners.

Riding to the rescue: GIS systems and their mind-boggling array of applications, made more affordable in recent years through the exponential advances in technology.

The basic procedure of using a GIS system for maintenance of city equipment, services and amenities is to:

The usefulness of the process is founded upon the concept of digital twins, where the GIS system generates a virtual — often 3D — model of the city and its processes. The digitized duplicate’s parameters can be manipulated to simulate physical conditions, allowing analysis of the effects and aiding in preparing for prevention or mitigation of damages.

For example, maps detailing permeable and nonpermeable parcels of a city can be interfaced with an algorithm simulating various amounts of rainfall to detect where water runoff will be most severe. Zoning departments can use that information to tailor their permitting process to minimize the dangers of erosion, and public works, street and parks departments can work to shore up vulnerable areas.

GIS maps that measure roof pitches can be interfaced with a program detailing the sun’s path at the city’s latitude to determine the optimum placement of solar panels.

One web mapping application maintained by Los Angeles is dedicated to airports and displays information on their locations, influence areas, safety zones, noise contours and other information useful for planning departments and prospective citizens looking for a place to make their homes.

The information can literally be used in hundreds of ways, such as scheduling maintenance; focusing city resources where the greatest need is indicated; notifying the public of road and bridge closures; planning vehicular and foot traffic for large events; permitting the public to reserve amenities such as park pavilions; and preparing for natural disasters such as floods and earthquakes. 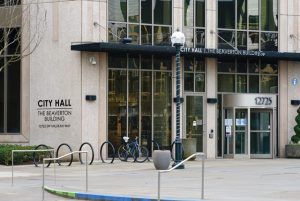 Since its implementation in 2002, Beaverton, Ore.’s , enterprise GIS has moved city departments from a siloed environment to a system of shared data. This has saved time and allowed the city to meet state mandates.

The cities of Beaverton, Ore., and Waterloo, Iowa, are forerunners in implementing an “enterprise GIS system” to standardize and unify the availability of information among departments.

Beaverton’s enterprise GIS system, implemented in 2002, “got us out of a siloed environment to a system of shared data,” said Eric Meyers, business analyst/programmer for asset management with the city. “That is key and the return on investment is massive.”

The city’s database management systems have largely replaced the cumbersome field work of taking information, writing reports and manually thumbing through potentially thousands of documents to make optimal decisions about scheduling maintenance and repair of the city’s variegated infrastructure, such as water mains and sewer lines.

In short, GIS has replaced clipboards with iPhones and tablets and has eliminated countless trips back to the office to pore over reams of paper pulp records to glean information. All that work can now be effectuated on-site with just a few keystrokes.

Beaverton has installed closed circuit TV monitoring systems to conduct video inspections inside sewer and stormwater pipes and relay real-time data to the city’s GIS database. The system carries a special import for Jesse Wilson, public works manager with Beaverton’s sewer and storm maintenance department. “All my work is mandated by the state,” he said. “We have to clean a certain amount of pipe in a certain time frame. The video system tells me what pipes to clean in schedule and reveals non-routine issues such as roots, breaks and cracks to be taken care of out of schedule.”

The enterprise GIS system has slashed Wilson’s staff overtime workload from 200 to 300 hours a year to 10 to 40 hours, “if that,” he said. “We can see the information live and adjust our crews to address the issues.”

Ben Wagner, GIS project manager in the engineering department of Waterloo, Iowa, which won a Special Achievement in GIS Award in 2019, hailed an “incredible” return on investment in rolling out an enterprise GIS system. 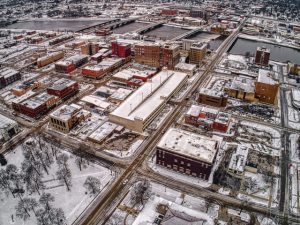 Waterloo, Iowa, aimed to eliminate thousands of sheets of paper from the workflow through its GIS program. Currently, the city is focusing on sidewalk maintenance utilizing GIS. (Shutterstock.com)

Before he assumed his position with the city seven and half years ago, “eight or nine” of the city departments were “using GIS on their own. It was very disconnected.” So he “started championing an enterprise approach under single account holder.”

He spearheaded the project and spent “a solid year combing through” individual department records. “We had data everywhere, some duplicated, and some departments didn’t have the current version. We set up a GIS steering committee with representatives from the different departments that were using GIS. We met monthly during that year.”

Wagner added, “Our goal was to eliminate thousands of sheets of paper from the workflow,” citing the digitization of streetlight records previously compiled in a “three-ring binder five inches thick. We experienced immediate savings on the labor side of things.”

Waterloo’s sidewalk maintenance is a target in process with the GIS system. The city’s walkways are divided into 10 sectors, with one sector being inspected and maintained each year. The GIS program will maximizing efficiency in deploying maintenance and repair crews.

For municipalities seeking to implement an enterprise GIS system, Wilson cautioned one obstacle may be “getting buy-in” from the various pertinent departments.

“We purchased the software and developed everything in-house,” said Wilson. “The buy-in wasn’t there at the start for some groups. But once we started using it, other groups saw the capabilities and said, ‘We can do that.’”

Meyers recommended frequent “core team meetings” from the beginning of the planning process. “We now meet once every couple months,” he said. “We discuss what we are doing now and plan to do in the future, and the meetings are a forum for any issues that come up.” He said the meetings are a way to “build trust and respect.”

Wilson said the GIS system accelerates the “turnaround time for work and requests by the public.”