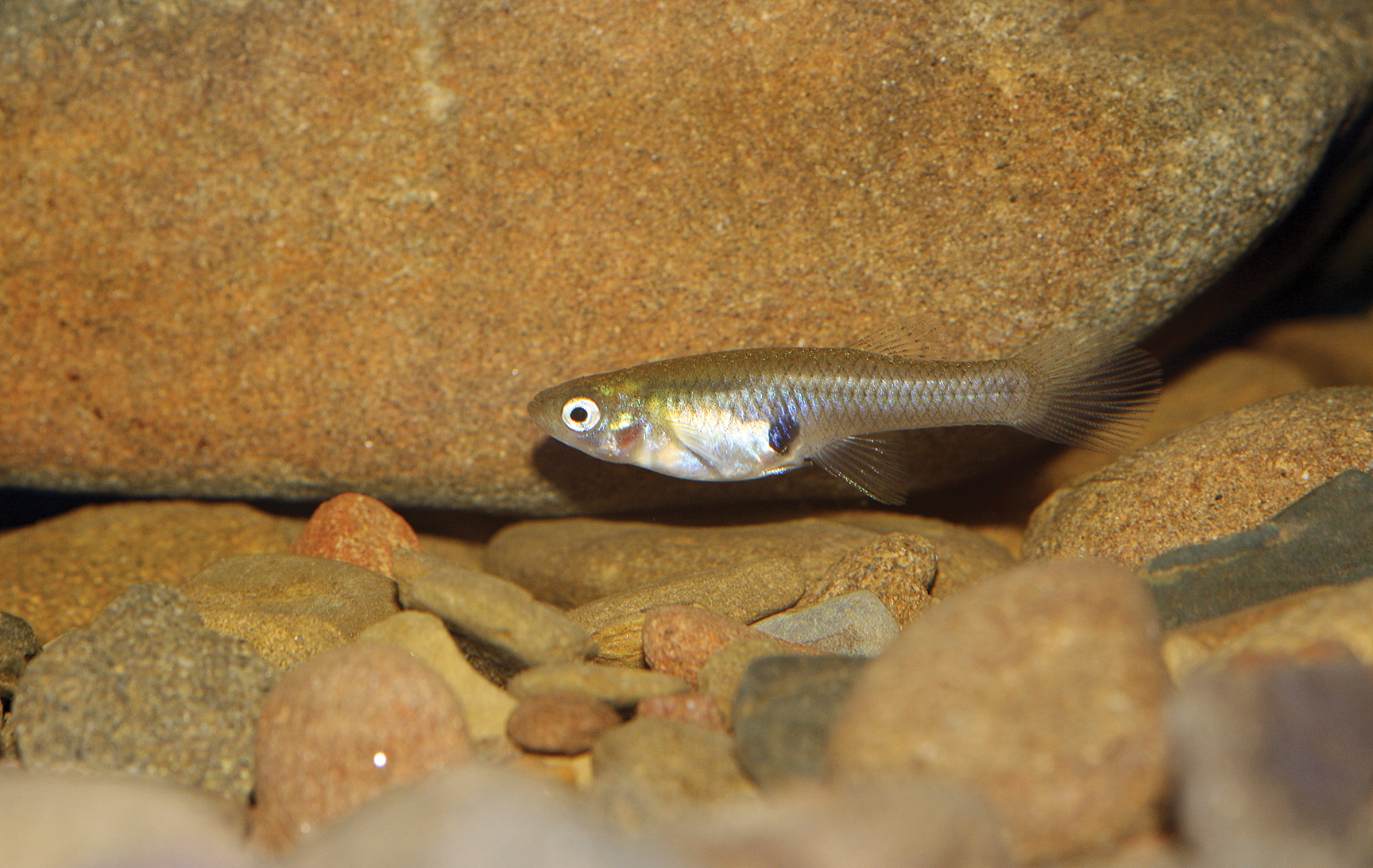 With improved water quality, mosquitofish have reappeared in ditches within the targeted subdivision. These fish eat mosquito larvae, combatting the mosquito problem, especially since they can carry West Nile virus. (Shutterstock.com)

This program, funded in part by the Environmental Protection Agency, reduced pollution and increased septic system compliance in the targeted subdivision, through the inspection and repair of home septic systems as well as outreach and education on the proper installation, maintenance and use of these septic systems. Because of the success of the pilot program, a parish-wide Decentralized Management Program was developed.

But why St. Tammany Parish and why now?

“We have about a quarter of a million people here. We’re a very fast-growing area,” said Tim Brown, St. Tammany Parish’s director of environmental services. “Our area is improving and evolving. In the past it was primarily a bedroom community, but more and more, we are embracing white-collar jobs and industry.” Healthcare and logistics are major industries there.

In other words, the infrastructure needs to support that growth. St. Tammany Parish was once a rural area. Over the years, a great deal of sewer systems were installed on-site. Brown described how this situation has created the perfect storm of sorts.

“And as development has come along, we haven’t been able to centralize our sewer systems as much as we’d like,” he said. “We’ve got about 35,000 individual on-site sewer systems operating in the parish. And so, the maintenance is entirely up to the homeowner. And through this program, our department goes out and educates these homeowners and gets them to take care of their systems in the way they should.”

Bureaucratic issues are also to blame. According to Brown, the Louisiana Department of Health is the lead agency in that it permits these on-site systems. But it simply doesn’t have the capacity to go out and inspect the systems. 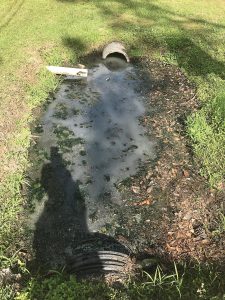 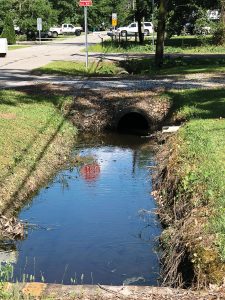 St. Tammany Parish’s decentralized management program has reduced pollution and increased septic system compliance in the targeted subdivision. Pictured is a before and after of a ditch in the subdivision, showcasing improved water quality. (Photos provided)

That’s where Brown’s outreach team comes into play. They go into the neighborhoods and distribute educational materials to the residents there. To date, he said more than 4,500 individual homes have been inspected in the Bayou Liberty Watershed, in the Slidell area.

Brown said this area was chosen in particular because it was identified as a “hotspot” in terms of impaired water bodies. And the team has seen measurable results.

“It’s really a quality of life issue,” he said. “The ditches are now clear. We’re now seeing mosquitofish in the ditches in this subdivision. Prior to this project, there wasn’t enough water volume to support mosquitofish, and that’s an important factor. Because if you have those mosquitofish living there, then they eat the mosquito larvae and you don’t have the mosquito problem down here. West Nile is a real issue here.” 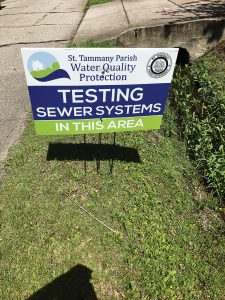 Throughout the rollout of the decentralized management program, St. Tammany Parish kept residents informed so they understood the process and why it was being done. (Photo provided)

Additionally, Brown said the results have been “dramatic” in certain sampling locations, i.e., a 400% improvement in the VOD, or biochemical oxygen demand, in the water quality. According to the U.S. Geological Survey, “The presence of a sufficient concentration of dissolved oxygen is critical to maintaining the aquatic life and aesthetic quality of streams and lakes. Determining how organic matter affects the concentration of dissolved oxygen in a stream or lake is integral to water-quality management. The decay of organic matter in water is measured as biochemical or chemical oxygen demand. Oxygen demand is a measure of the amount of oxidizable substances in a water sample that can lower DO concentrations.”

Beyond the environmental impact, Brown cites qualitative wins. For example, he believes the public reception to the program was instrumental in its success.

“One of the most surprising things for us has been how receptive the people have been to this program,” he said. “I think they see the quality-of-life improvement. I’m sure their property values have gone up, too.”

For the sake of context, Brown shared that the sewer systems in that subdivision had an initial failure rate of about 50%. So residents were eager to fix the issues with the help of government funds. Brown said in addition to the money earmarked for the decentralization management program, the parish has been able to leverage community development block grant money to help low-to-moderate income residents replace their systems as needed.

Brown said the delivering of the message is just as important as the content itself. His team did a masterful job of explaining the why behind the program.

“One of the important lessons that we learned is that when you give them the information, it’s not in the context of ‘because the government says so,’ or because of regulation,” he said. “But they take the time and explain the why to them.”

NEXT: Help Part II: Weathering the worst and stepping toward recovery