We always like to think disasters won’t happen to us, but they can and do. Local to me — but still distant enough to dull concern — the weather has been a bit more exciting this spring. A confirmed tornado caused destruction in the southern portion of my home county — Kosciusko County, Ind. — in May, and then in June, there were two tornados in somewhat-nearby South Bend, Ind. Thankfully, to my knowledge, there were no injuries related to either of these weather events. It could have been a lot worse since one of the South Bend tornados hit a preschool — after hours.

The lack of injuries and deaths really has to do with how quickly information is distributed to the public nowadays. Our local meteorologists go a step above to keep residents weather aware, utilizing not just air time but Facebook and Facebook Live. When these storms hit and the conditions are right for twisters, I tune in, and if they say to shelter, I’m going to the basement. But not everyone is as grateful. 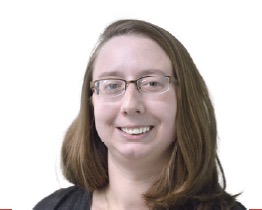 I could not believe the number of complaints these weather updates received because people’s favorite TV shows were being preempted for potentially lifesaving news. I suppose there always has to be a few people in every bunch, and they are likely the same people who refuse to evacuate when the order comes, whether out of fear of losing their homes — though I don’t know how they intend to combat a hurricane, tornado or massive wildfire — having their possessions stolen or because their sense of nothing bad will happen to “me” is just super strong.

On the other hand, others find themselves caught in circumstances beyond their control or have the decision made for them when conditions deteriorate far quicker than expected. No matter why they remain, municipalities are working to ensure their citizens are resilient and able to wait until help can safely arrive if they do find themselves remaining in the danger zone, as it were.

Featured in this issue, Cupertino, Calif., has taken citizen’s resiliency seriously, launching an emergency preparedness fair. This fair seeks to keep the community in the know when it comes emergency operations while ensuring they know what supplies they might need in their homes. This is just one step this Californian city has taken.

Additionally, we will be launching a two-part series with writer Denise Fedorow on managing donations and volunteers, spotlighting three cities between September and October experiencing an outpouring of support in the face of disaster and how they managed the sudden influx. Finally in this storm management-themed issue, we will share how Texas has continued its recovery since Hurricane Harvey and the flood mitigation efforts Houston and Harris County are taking.

Until next month, stay safe everyone!

NEXT: Leveraging your parking and curb assets