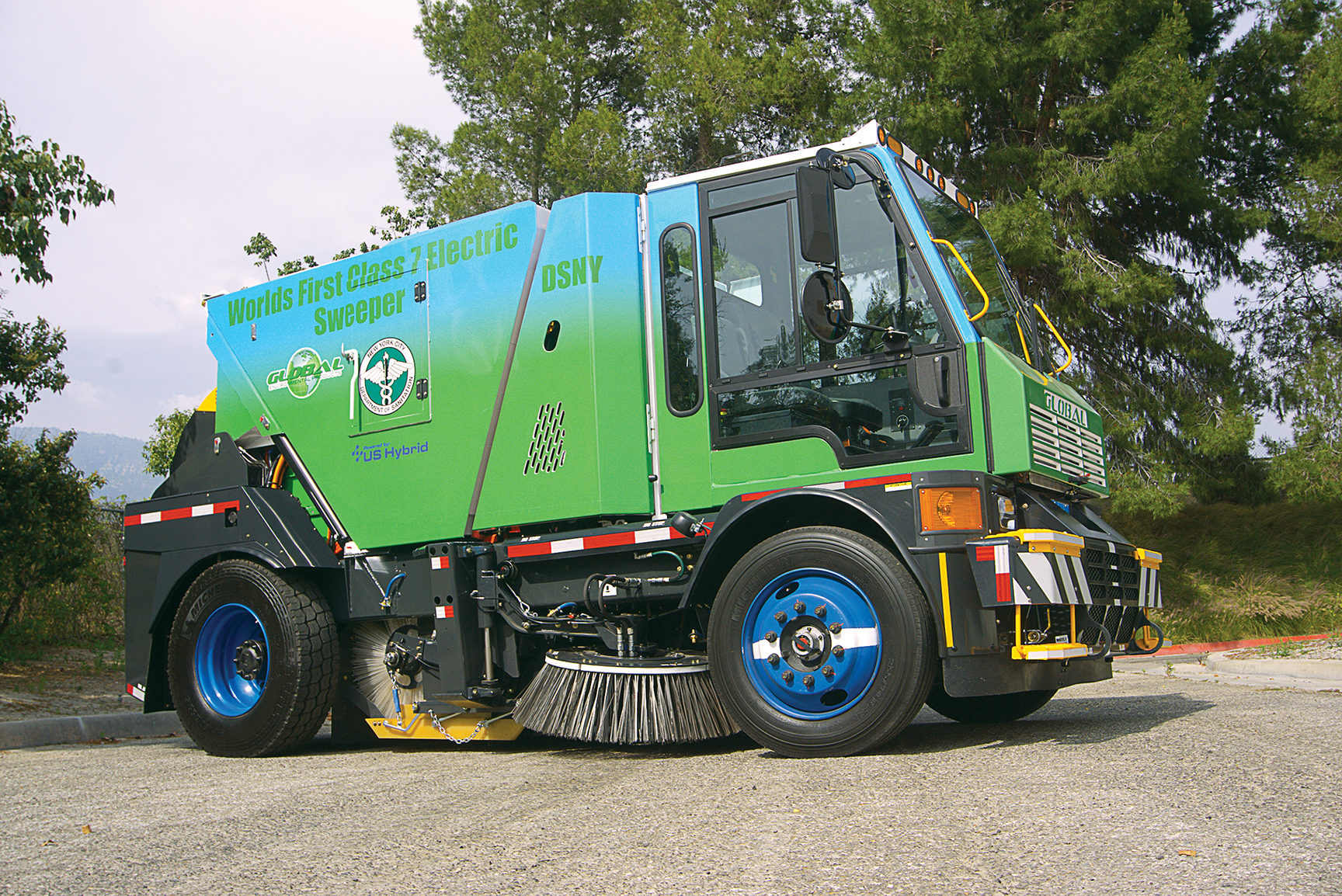 Across the U.S., cities are pledging to reduce their carbon footprints and are embracing alternative fuels to meet extensive emission goals. Global Environmental Products, one of the world’s leading manufacturers of specialized street cleaning equipment, is bolstering these efforts by bringing innovation to the industry with its line of street sweepers, which were designed to protect air quality and the environment. The ultimate goal? Reaching zero emissions through technological advances, foresight and extensive research and development.

“In 2011, we started the hybrid project and completed it in 2014. Since its inception, we delivered 27 hybrid sweepers to New York City,” Global CEO/owner Walter Pusic said. “Those sweepers cut fuel consumption by 51%. Greenhouse emissions were cut by 60%.”

The first hybrid sweepers featured an electric drive motor, batteries, a generator and a diesel engine that operated at lower engine speeds, charging batteries via the generator — thus the electric drive system propelled the sweeper. The company didn’t stop there.

“In 2018,” Pusic said, “we delivered a fuel cell sweeper to the California Department of Transportation — the first of its kind in North America.” 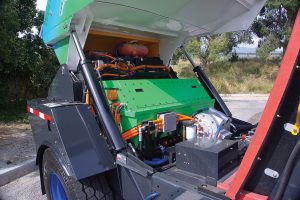 With its electric drive, the Global M4 SUPERCHARGED Class 7 street sweeper requires no preventive maintenance with regard to the diesel engine and the particulate systems, meaning no oil changes, no more filters to change and no diesel exhaust fluids. (Photo provided)

The hydrogen fuel cell sweeper replaces the diesel engine with a fuel cell and hydrogen tank. In an area often faced with droughts, this sweeper has reaped impressive water savings as its byproduct is electrical energy and water. The water produced through the chemical reaction is diverted to the sweeper’s water tank system providing an additional 43 gallons of water per shift, which is then used for dust suppression.

“Global had a vision in 2011: to develop an affordable, reliable and innovative sweeper,” Pusic said. “Innovation is zero emissions. It was our vision since starting the company.”

Global Environmental Products has achieved this goal with its delivery of the Global M4 SUPERCHARGED Class 7 street sweeper, the first and only 100% electric drive rechargeable sweeper, which was built for the New York City Department of Sanitation. With a travel speed of 45-65 mph and a battery operation range of up to nine hours, towns, villages and large cities will be able to clean the streets with ease while protecting the environment and building a cleaner future with zero emissions.

In addition to the environmental benefits, Sebastian Mentelski, co-owner of Global, noted, “There is no more preventive maintenance with regard to the diesel engine and the particulate (DPF) systems — no oil changes, no more filters to change and no DEF”

It was important to Global to pursue electric sweepers and to really push innovation, something often lacking in the industry. Thankfully, technology rose to meet the company’s goals.

“Battery technology has improved dramatically. That’s going to give us the edge,” Mentelski said, adding that batteries ranges have greatly improved as have their life expectancies. “Just like batteries on cellphones, no maintenance is required.”

Reaching this level was not without its challenges, with him explaining, “The way a sweeper is operated varies greatly depending on the operator and the environment in which it sweeps. One city might drive 10 to 20 miles, another city doesn’t drive far from the yard but is constantly picking up very heavy debris.” Additionally, there are gentle drivers and those who are harder on the sweeper. With so many variables, he said, “It’s very hard to build the software and hardware, test it and implement it. It was a very long design process.” 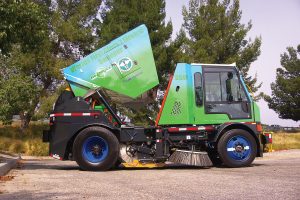 At the end of their shift, operators only need to plug in the sweeper before starting fresh the next morning. (Photo provided)

However, with its team of engineers and plenty of testing, including “real-world” environments, these hurdles were surmounted, leading to the development of a product ready to hit the streets.

As an added benefit to the all-electric sweeper, Pusic noted, “At the same time, cities and municipalities that do nighttime sweeping eliminate the noise level.”

Mentelski added, “You just hear the tires and brushes spinning.”

For operators, there is also an incredible ease of use, with Mentelski explaining, “Operators are required to get in, sweep and, at the end of the day, wash the sweeper, finally, plug it in to recharge.”

There are two charging options available: J1772 Level II 240 volt, which charges sweeper in 7 to 8 hours, and the 120 volt — standard outlet — is available as well, but the charging time will double. Municipalities can select the option that best suits their needs.

“It’s all driven by zero emission,” Pusic said, adding of Global’s sweepers, “They are not something we’ve just come up with today. They have been tested since 2012 and are in full production.”

NEXT: What municipal managers really should know about 5G