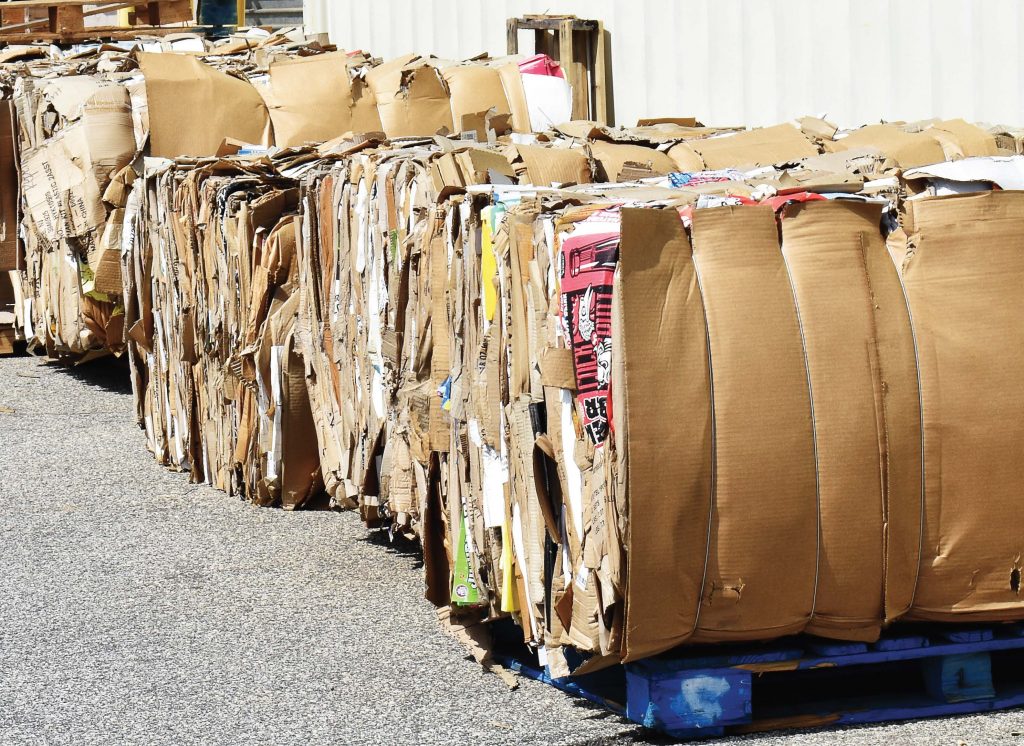 Large bundles of compressed cardboard await pickup in Greenville, S.C. Many recycled materials in the U.S. are exported to China and other countries to be made into other products. (Alan Stoddard/Shutterstock.com)

The world is getting smaller every day, which means one singular decision made abroad has the power to affect municipalities domestically and disrupt their day-to-day waste management operations. Look no further than China’s January 2018 decision to implement an import ban on certain commodity mixes. 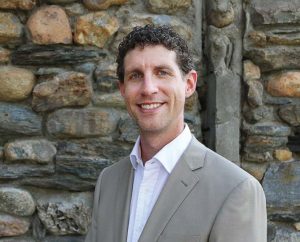 Cooper Martin, program director with the Sustainable Cities Institute at the National League of Cities

In March, the global powerhouse began enforcing stricter limits on how much contamination can be present in recyclable materials. To that end, the ban specifically targets mixed paper and mixed plastics, which happens to be the two most common types of materials processed by municipal recycling systems. This move has some municipal leaders looking at ways to innovate as China, until recently, received more than half the world’s recyclable commodity exports.

According to one expert, this move has been a long time coming and shouldn’t be a major shock to those plugged in.

“This really isn’t new, but an extension of the policies and work China has been undergoing for about 20 years, in reusing materials,” said Cooper Martin, program director with the Sustainable Cities Institute at the National League of Cities.

He added that China has had the capacity to develop robust processing facilities and supporting operations. Still, it’s going to challenge city leaders here to think outside of the box to find other resources to handle materials management. Specifically, he said the “biggest threat” is related to curbside, single-stream recycling because it’s virtually impossible to re-sort everything.

Statistics from the NLC shed light on the size and scope of the issue.

“In 2015, Americans generated more than 262 million tons of waste, or nearly 4.5 pounds per person, per day. To handle this load, nearly every U.S. city has developed a solid waste management program that includes recycling. These initiatives have overall proved successful. The recycling rate has tripled in the last 30 years to approximately 25.8 percent in 2015, or nearly 68 million tons.

The industry is both environmentally beneficial and economically significant. In 2007, the U.S. recycling and reuse industry accounted for 757,000 stable jobs, $36.6 billion in wages, and $6.7 billion in state, local and federal tax revenues.”

Taking this into account, this begs the question, as Martin suggested: “Can we afford to change our current recycling practices?”

The nature of such an undertaking requires incremental change and a solid strategy. The first step he said, is to “look under the hood and get a better understanding of what your system is. (That means) looking at what waste is being collected, etc.”

It can be a case of “out of sight, out of mind,” and Martin said that doesn’t bode well when needing to make a decision rooted in logic.

“After that, you have to have the information, so you can renegotiate these contracts with the contractors,” he said. In this case, Martin stresses the importance of relying on data.

So, what might a viable solution look like? He said while some cities are issuing bans altogether on some materials, that can create tension between different levels of government.

“That can open up a lot of issues (pertaining to) state vs. local policy, as bans can be overturned,” he said. “Still, cities can play a role in reducing non-recycling material.” 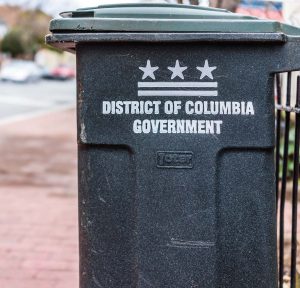 Washington, D.C., launched Zero Waste DC in 2018 with the goal of diverting 80 percent of citywide waste from landfills and waste to energy facilities. (Kristi Blokhin/Shutterstock.
com)

For example, Martin said Washington, D.C., launched a pilot program in January 2018 that received nationwide attention. The district has set its sights on being a zero-waste city in encouraging both residents and businesses to comply with a more streamlined protocol.

As of Jan. 1, all residential and commercial properties are required to recycle everything from paper to metal waste, according to Zero Waste DC’s website. At the same time, plastic bags, wraps and film of any color, size or shape are no longer accepted in D.C.’s single stream recycling.

While the district is taking a harder-line approach in rejecting certain materials, it has also expanded the list of recyclable items to include: pizza boxes; paper and plastic plates, cups, lids and to-go containers; plastic produce, deli/bakery containers and trays.

The ultimate goal? According to Zero Waste DC, “the district strives to achieve a goal of diverting 80 percent of citywide waste from landfills and waste to energy facilities. The increased number of recyclable items and focus on resident education aims to assist in achieving this goal.”