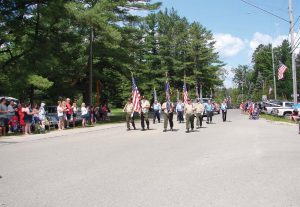 A veterans group marches in Barton City, Mich.’s, Fourth of July parade. The city is known as having “The Biggest 4th in the North.” (Photo provided) 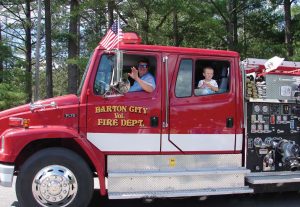 Did you hear that police arrested two kids yesterday? One was drinking battery acid and the other was eating fireworks. They charged one and let the other one off… 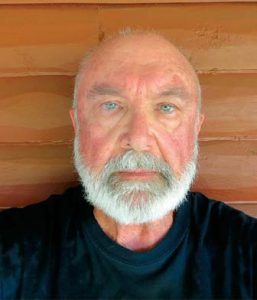 Bad fireworks jokes aside, we have a great summer story for you about Barton City, a little tiny entity in upper Michigan. And this itty-bitty unincorporated community in Alcona County boasts a grand total population of only 450 in a 2016 census.

But for two days in July, Barton City comes alive and becomes very populated thanks to its national claim to fame as the “Biggest Little 4th in the North.”

Alcona County, which covers a multitude of nine cities, towns and villages, sits right in the center of Huron National Forest, and Bill Lossing of Barton City has stepped forward to share his eight years of volunteering experience with the holiday, which first became Barton City-renowned in the early ’60s.

Lossing, retired from 29.7 years with the automotive industry, is a dedicated volunteer tasked with planning the fireworks each July and a few other events during the year.

“Because Barton City has no mayor or town manager, we are under the jurisdiction of Alcona County and have township supervisors for the two townships, which split Barton City roughly in half,” said Lossing. “Jim Burger takes care of Millen Township and Rodney Cordes of Hawes Township — both of whom grew up in the area.

“I’m new here, having only resided in Hawes Township since 2005.”

The festivities run on July 3 and 4 this year with fireworks on the actual Fourth. Because the two-day event is so large for such a tiny town, one of Lossing’s biggest challenges is finding volunteers and raising money.

“The Barton City Improvement Association, of which I am president, sells advertising space in our annual booklet and accepts donations from anyone willing,” said Lossing. “I order the fireworks, help set the show and then go watch the show. Everyone associated with the BCIA is a volunteer. We have no paid help for any event we sponsor.

The yearly booklet that Lossing referred to is an annual collection of paid advertising, good wishes, Fourth of July pictures from previous years, pictures from other local events, schedule of events and pictures from the previous parade. 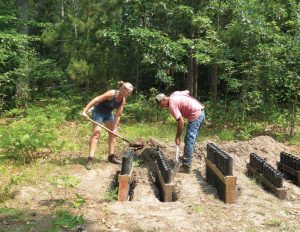 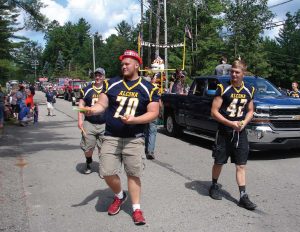 “As for volunteer selection, we have a core of people who direct the operation, and also, some people who have volunteered for many years,” said Lossing. “Beyond that, we continually try to recruit new volunteers for every year. You can never have too many people willing to work — many hands make light work.”

Some of the duties the volunteer clan has been tasked with include cooking and serving food, entertaining kids, supervise the food and beverage areas, cleaning up the park and the fireworks areas.

So far, the event has had a good safety record, with no accidents that Lossing is aware of. 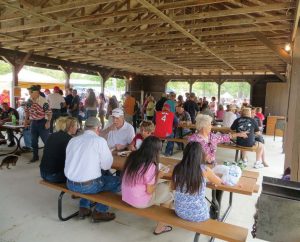 “As for the parade attraction, a parade setup area is necessary and could be a school or shopping center,” said Lossing. “We do the routing of the parade after passing through the viewing area. The parade route has not been changed in the last 13 years.”

Some of the family activities at the occasion include a horseshoe tournament, goldfish races for kids, a grease pole, a sawdust pile, sack races, three-legged races, a beer tent, a cook shack, a vendor area and clowns, according to Lossing.

“There are some local individuals who set up and electrically discharge the display. We have had one of our long-time technicians go up and work with them/train them on use of the firing system for the past few years, but they should be on their own completely after this year. They have attended our safety training classes and have become ‘Wolverine Technicians.’”

For city professionals who may be contemplating setting up their own municipal fireworks programs — what should they be aware of?

“Government safety regulations, permits that may be required, number of people required, safe location for ignition and fallout, cost of fireworks and the amount of planning time required to raise money and organize the event,” recited Lossing. “About a week after the event we begin planning for the next year. Also, the place of ignition is on the ground and a minimum of 500 feet from the nearest spectator area and fallout is over a lake.”

“Each handler of fireworks has to complete a safety course and is then certified by the Bureau of Alcohol, Tobacco, Firearms and Explosives. Because we light the fireworks on federal land we must get a permit from the United States Forest Service. Some people come from local towns, which may or may not have their own fireworks displays, but many come from farther away in Michigan and other states because they may have ties to this area.”

Asked if he ordered the same fireworks each year or tried out new ones, Lossing, who spends approximately $5,000 annually for fireworks, said he allowed the fireworks company to select the fireworks within Barton City’s budget because they have worked with him for many years and, “they understand our needs, and occasionally we will try the new fireworks offered by the company.”

Finally, Lossing said he gets the most satisfaction on the Fourth of July when people tell him those were the best fireworks they had ever seen.