While now regularly making the network news, opioid overdoses are something that have been on first responders’ minds for quite a while, and the epidemic in America is getting worse. The numbers are staggering, with lives lost to opioid overdoses tripling in the last 15 years, according to the National Institute on Drug Abuse. Unfortunately, those on the front lines of this battle are saying we haven’t seen the worst of it yet.

Jeff Magada, executive director of Flying High — a nonprofit organization in Youngstown, Ohio — said he sees the problem increasing, not decreasing, in 2018. Flying High serves Mahoning County, Trumbull County and Columbiana County, a tri-county area that leads the state in the amount of opioid overdoses with an average of 20 a week and 186 in a month.

“Those are outstanding numbers that we see here — and that’s just in our tri-county area,” he said.

He also said that the problem is not an isolated one. “It’s across the spectrum. What we’re seeing is a lot of predominately suburban middle-class Americans. This is happening to professional people — not just in the inner cities.”

According to Magada, “Addiction is a brain disease. Once the body gets chemical pain relievers, over time the body shuts down its ability to produce the naturally occurring chemical in the body — endorphins — and creates a craving and dependency on the synthetic chemicals.”

Looking ahead to 2018, Magada said, “I think it’s (the epidemic) going to increase. I don’t think that it’s peaked yet.” He added, “I think there are going to continue to be repercussions economically and legally.” 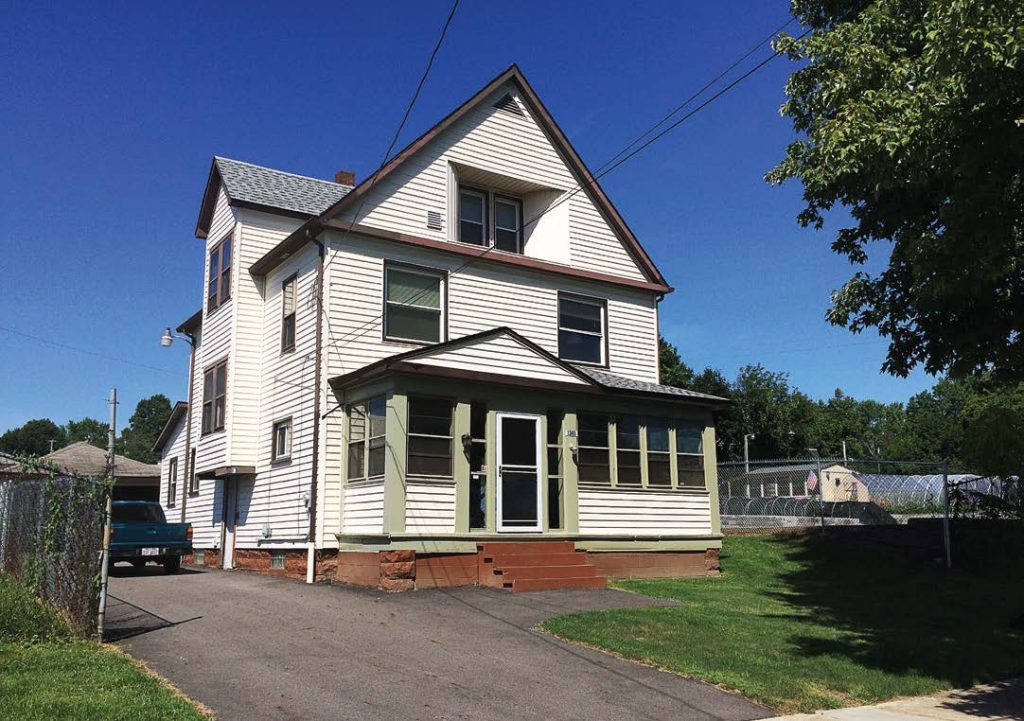 The Eagle’s Nest Recovery House provides housing for men who are recovering from addiction. The men can stay at the home while working on gaining a trade skill and then obtaining employment through one of Flying High’s programs. Flying High is a nonprofit organization in Youngstown, Ohio, that serves a tricounty area. (Photo provided)

Magada said the increasing number of overdose cases have created a burden on first responders, creating a need for either additional staffing of emergency services or additional hours. It’s also created more demand on the court and legal systems. Rehabilitation centers are also feeling the pinch of increased workloads.

“I would hope that we’d see Medicaid expansion to cover costs,” Magada said.

Another aspect of the economic burden created by this crisis is in the workforce. Employers are having a harder time finding workers who can pass drug screenings and are having more issues meeting production quotas as a result.

That’s where Flying High comes in with its job training program that helps people to reinvent themselves. Flying High has an employer consortium willing to work with them to hire these workers with an on-the-job training contract where they earn while they learn.

“This also gives the employer a chance to vet them, and we pay a portion of their salary,” Magada said, noting the nonprofit went after funding to do so. “We saw this coming over a year ago and understood employers might be leery about hiring them.”

Magada said having employment reduces the relapse rate. “The results so far have been pretty good.”

The after-care licensed nutritionist helps identify deficiencies in the body to promote health in the brain again so it can produce the natural chemicals.

“The body is totally capable of providing what it needs,” Magada said. “We want to give everyone every chance we can.” 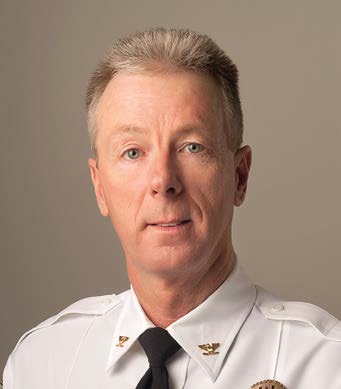 Nashville, N.C.’s, Chief of Police Thomas Bashore initiated the Hope Initiative to provide help to drug users rather than pursue criminal action. Nashville was the first town in the state to enact such a program, and the police chief believes the program is making a big difference. (Photo provided)

“I think things are going to continue to get worse,” he said. “This is one of those things where there’s no quick easy fix. Now that we’re reducing the stigma, more people are coming forward.”

Nashville Police Department started the Hope Initiative in February 2016. The program allows those with opioid addictions to go to the police station and turn in drugs and drug paraphernalia without fear of incarceration. Instead, they’ll receive help. Bashore said in the 19 months since the program’s inception they’ve saved 250 people.

The program is the first of its kind in the state, but he said, “There is no residency requirement. The other day we had someone come up from Florida.”

He also said the program is not just for opioid addiction, it can be “their drug of choice.”

No tax dollars are used to fund the program. The Hope Initiative is funded through donations, grants and fundraisers. Bashore said to date they’ve raised $55,000 and spent $35,000 for treatment, application fees and transportation costs.

Bashore said, “In traditional law enforcement we’d lock them up and hope someone would take care of the problem and that wasn’t happening. It’s outside the comfort zone of law enforcement, for sure. It’s Community Policing 101.”

He noted, “It seemed like there wasn’t a central clearinghouse of information and places to go so we became that and were one of the first in the state.”

The department based its program off of Gloucester, Mass.’s, Angel Program, the first police department-led program to offer assistance instead of incarceration for drug users. Now, according to Bashore, over 300 departments across the country have enacted similar programs.

Nashville’s police department has received support from the Police Assisted Addiction and Recovery Initiative — a nonprofit organization that sprang from Gloucester Police Department’s Angel Program. The organization is made up of private citizens, law enforcement, business owners, philanthropists and leaders from the academic world and helps support other police departments to begin similar programs. 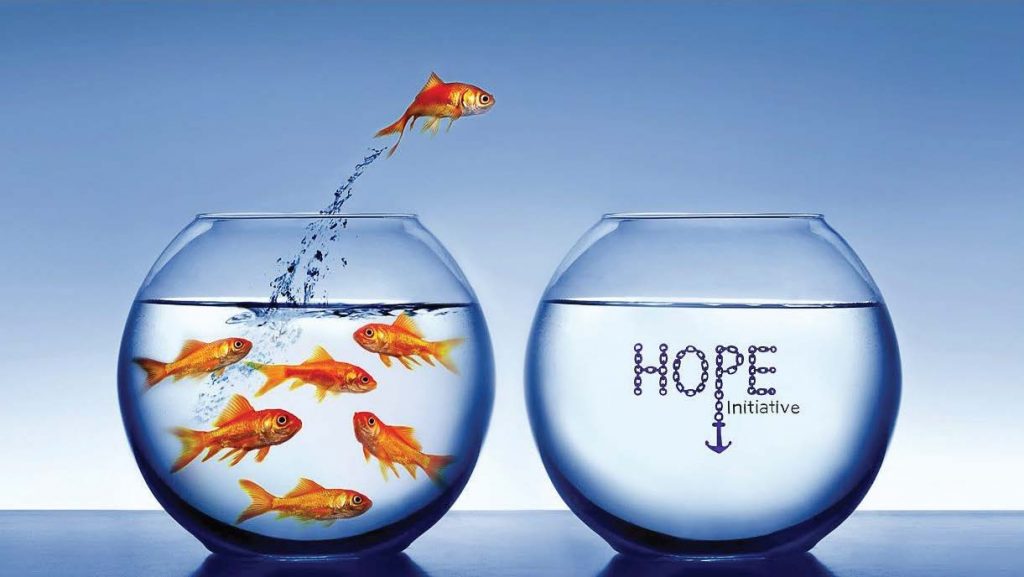 This image of the goldfish illustrates users jumping “out of mainstream using and into ‘Hope’ and recovery,” according to Police Chief Thomas Bashore. (Photo provided)

“They’ve given us a lot of support,” Chief Bashore said. “Executive Director Allie Hunter McDade came to Nashville for our annual rally in September.”

When someone comes into the Nashville Police Department bringing drugs or drug paraphernalia, no questions are asked.

“The most invasive question we ask is ‘When was the last time you used?’” He added, “And that’s to determine the level of detox needed.”

He said an intake session is completed at the police station, and then they usually take the person to the emergency room for detoxification and also connect them with someone to do a behavioral evaluation. Bashore said the county has funded a social worker who deals with the Hope participants; additionally, a long-term rehabilitation treatment center is recommended or arranged. Follow-up calls and visits to participants at the rehabilitation centers, and also with family members, are conducted, too.

Bashore said there are advantages of going to the police department versus going directly to a rehabilitation facility.

“We’ve done a pretty good job of building trust with the community that uses, and the promises we’ve made, we’ve kept.”

The department has partnered with and built relationships with treatment centers, hospitals, faith-based organizations, etc.

“Many times they’ll see a commercial on TV that says if you need help, call; and when they do, they’re told yes we can take you — bring a big check. We use places where you don’t need insurance. These places are hard to find on your own,” he said.

The Hope Initiative also helps to cover some of the treatment costs.

Both Magada and Bashore were asked if they felt the legislation being touted by politicians would bring improvements, and both agreed that regulation is one of the things that can help ameliorate the situation, but it depends on the legislation.

Bashore said the North Carolina Strengthen Opioid Misuse Prevention Act is addressing some issues he believes will be helpful. One of those issues is when someone is being treated for acute pain, they will only be given a five-to-seven-day supply of pain medication.

“Most people use the medication for a day or two, and then it sits around the house where it can potentially be misused or abused,” he said. “They don’t need a 60-90 supply for a toothache. Seventy percent of heroin users started with prescription drugs. I’ve talked to hundreds of people who never thought they’d stick a needle in their arm, but they are.” He also said the pain scale that medical professionals use can give one the expectation that they go to the doctor to have their pain taken away, and that’s not always necessarily a good thing.

Another aspect of the STOP Act is the electronic reporting database for controlled substances, which is currently voluntary but will become mandatory in the future.

Like Magada, Bashore said this is a multilevel problem. “Treatment is one piece of the puzzle along with prevention and enforcement.”

Bashore said they can throw all the drug dealers in jail, but they also have to limit the demand and that starts by educating the youth at the middle school level.

He agreed that the crisis hasn’t peaked yet but said, “One good thing that has come from this is awareness. People can have better conversations with their doctors about what they are taking, the potential for misuse and alternatives.”