↓
Home→Technology→Acting on drone technology today can save lives tomorrow 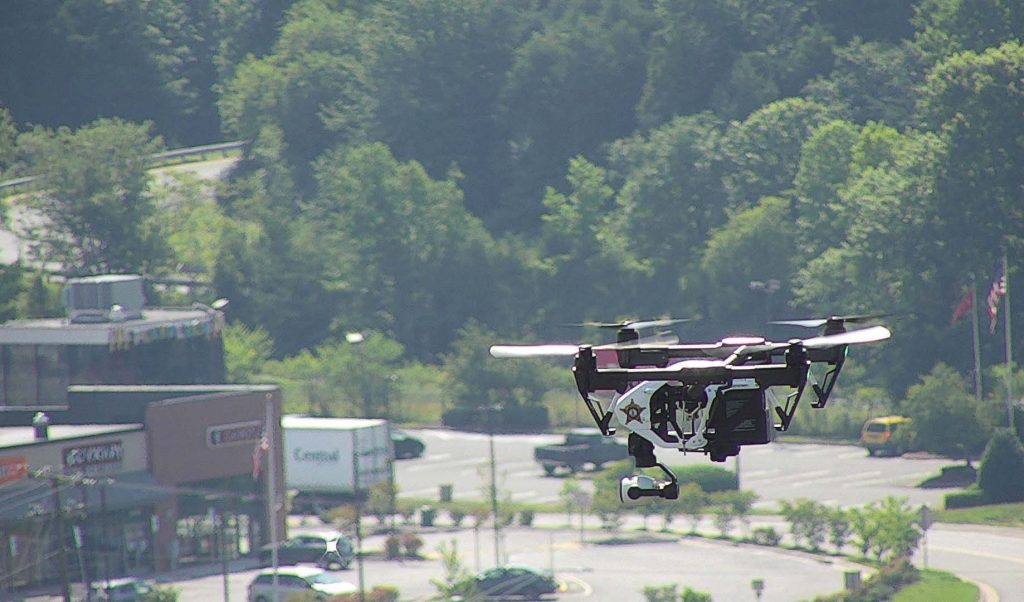 Drones are able to travel over all types of terrain and provide vantage points that wouldn’t be available normally. (Photo provided)

Technologıcal advancements not only help first responders work more efficiently, but also keep them safe while on the job. Drone technology is ever changing, having made strides in the past few years, but its fluctuating nature hasn’t stopped fire and police departments from experimenting with it. The primary use for the drones has been for search and rescue cases. The technology cuts the search time down significantly and lets first responders act more quickly.

Fire departments have been using drones for search and rescue cases as well as checking for hot spots, which can be difficult to find at ground level. Bargersville, Ind.’s, fire department used a grant to purchase a drone with various cameras to attach. The different cameras are special; some are designated for daytime to get good pictures and videos from an aerial view while others are used at night to display heat signatures, making it easier to track people.

Before investing it’s important to outline what the drone will be used for in the department, which will help determine what kind of technology would be appropriate for those operations. Insurance is another factor to consider when adding new field technology to the department.

“There’s a million different uses for drones,” explained Chief of Training and Safety Eric Funkhouser. “Every day you find new ways to use it. The drone even has a way to carry a life jacket to someone in the water. We use the drone to search large areas a lot faster than before. We can search a whole fi eld in minutes with 10 people in the field, walking it, but the drone can do a quick scan and be done.”

Bargersville’s most recent case in using drones was assisting its neighboring departments by helping locate a missing person who was experiencing medical issues. Drones have also been used to survey damages from natural disasters, have been reported to help in search and rescues, determine how disasters like wildfires will spread, as well as assist emergency management, crew resource management and water rescue operations. They can be deployed within a building to check for survivors and pinpoint their locations while mapping safe paths for them to take. Drones can also help firefighters see if water is hitting the necessary spots in a fire.

“Really the initial startup is the hardest part for any department,” Funkhouser said. “You can’t just buy it and start using it legally so we contracted SkyFire Consulting. They assisted us and we used them to get our certification through the (Federal Aviation Administration). That isn’t an overnight process. The biggest challenge was waiting to get all of that started. The best money we spent was working with that consulting company. They helped us on a daily basis.”

He added, “I would recommend looking into a consulting group. You can look through all the paperwork and submit it yourself, of course, but it was a nice thing for us. They were able to tell me exactly what we needed, when and then submitted it for me. They’d explain the process. Once we got approval, they walked us through and trained us on the drones as well as the rules and regulations. It was money well spent with everything they taught us. It made the process very smooth.” 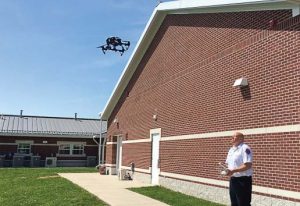 While the task of becoming certified to use drones can be overwhelming, the payoff of having this advanced technology is in how many people have been helped. (Photo provided) 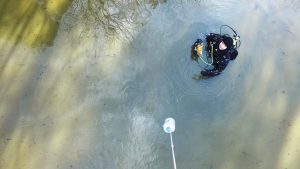 Having the ability to carrying and deliver resources when needed, drones can assist first responders in a variety of ways, such as transporting water or life jackets.(Photo provided) 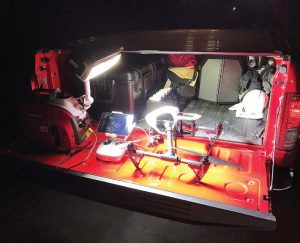 Bargersville’s thermal imaging camera helped its fire department quickly locate a missing person with medical issues. Since Bargersville Community Fire Department is one of the only departments with drone technology, it is able to assist neighboring counties and departments in times of need. (Photo provided) 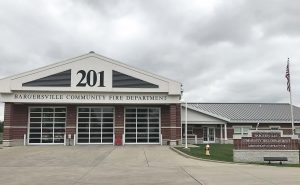 Bargersville’s fire department had a smooth certification process because of the consulting company, SkyFire, which was very responsive regarding questions or concerns the department may have had. Even after fees had been paid, members of the department can still call and ask questions. (Photo provided)

When it comes to police departments, citizens are generally more concerned in terms of law enforcement and privacy issues. In the rural mountainous area of Stafford County, Va., the sheriff’s department’s drone technology was more openly accepted.

“It’s been very positive in dealing with citizens,” Captain Ben Worcester said. “There will be some citizens who will have issues with privacy and civil liberty concerns, but some have come to bat for us. They’ve seen what it can do to help the community. The primary usage is for public safety rather than law enforcement. We have a big emphasis on ground search and rescues for an elderly person with Alzheimer’s or young children. We use it to find people who wander off and are in immediate danger.”

Those within the department have been pleased with the way they approached the certification process and building the new program. While the department was fortunate enough to utilize its asset forfeiture fund for the program without using tax dollars or grants, Worcester commented that perhaps he would’ve made the budget larger as technology has been rapidly changing and new pieces are becoming readily available.

“One of the most notable cases we used a drone in was a multiple armed robbery suspect who fled from a deputy in a vehicle and went on pursuit,” Worcester commented. “The person slid into a residential area and bailed out on foot. The drone was deployed in total darkness. It ended up being a 10-hour manhunt in a thick wooded area. The drone found the suspect four different times before the final apprehension occurred. If it wasn’t for the technology, then suspect probably wouldn’t have been captured.” 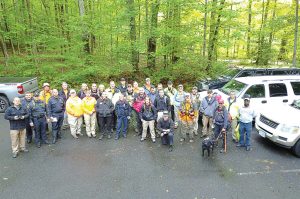 Search and rescue missions are one of the primary reasons fire and police departments are looking into drone technology. (Photo provided) 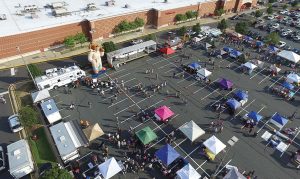 Getting an aerial view can be beneficial in multiple ways, whether its surveying damage or just getting interesting shots of the city. (Photo provided)

There are hurdles to jump over to attain proper certification, but drones help departments work smarter — not harder. The certification process is extensive and departments need to remain informed on current rules and regulations set by the FAA. Departments need to be familiarized with their airspace jurisdiction to avoid congestion if airports are present. Ensuring a safe flight with other air traffic is important, often requiring knowledge of aviation lingo and vocabulary to avoid any possible miscommunication.

“When we first started, we didn’t have authorization to fly at night time,” explained Funkhouser. “Then two months later we got it. Rules and regulations change almost daily. In six months we’ve already gone through a lot of changes so I can’t even imagine what the next two years will hold.”

Stafford County did not invest in a consulting company like Bargersville, requiring it to research and educate officers on the FAA rules and regulations. Self-educating may seem tedious but it does make the certified officers much more thorough in understanding how everything will work together. Researching the technology as well as the rules can be difficult as they are altered often.

While new drones are streaming into the marketplace and new camera features are emerging, these rapid technological advances shouldn’t prevent fire and police departments from taking advantage of what’s available to them in the present. Securing funding for technology may be difficult, but there are many opportunities for grants.

“I don’t know when this is going to stop changing so I think now is the time to act,” Worcester said. “The technology that exists today is going to save lives. By waiting, you’re not helping the community, in my opinion. With this technology you’ll find people who need to be found. That’s enough reason to act.”