A tip of the hat to the rolling whitecaps of Lake Erie!

That sparkling body of water is what Brian Zimmerman, CEO of Cleveland Metroparks, considers his region’s creme de la creme, during this, the centennial year of the park district. 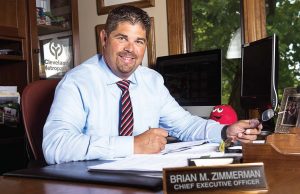 “I am most proud of increasing public access to the lakefront, connecting the community with the region’s most valuable resource,” Zimmerman — a 1997 University of Wisconsin graduate, with a Bachelor of Science in agricultural science-soils — said. “We started with the opening of Rivergate Park in the heart of Cleveland’s urban core, and that evolved into the reclamation of eight lakefront parks. Today, we are engaged in activating a community sailing program that will be yet another opportunity for guests to connect with the lakefront.”

Zimmerman, who assumed his role of CEO in 2010, led Cleveland Metroparks into the title of best park district in the nation, for which it was presented the 2016 National Gold Medal Award for excellence in parks and recreation management by the American Academy for Park and Recreation Administration. By leading Cleveland Metroparks’ largest year of land acquisition since the ’60s, Zimmerman has continued to take advantage of opportunities to provide the community with greater accessibility to green spaces while increasing connectivity in his region. Zimmmerman’s leadership has been essential in activating transformative projects for northeast Ohio, including an $8 million federal grant, the largest awarded to Cleveland Metroparks yet.

With nearly 2,087 full-time, part-time, seasonal and variable employees, more than 23,000 acres, 18 park reservations, eight golf courses and a nationally acclaimed zoo, Zimmerman’s management empowers Cleveland Metroparks to serve the community at the highest possible level. There were nearly 18 million recreational visits in 2016, and the park district continues to enhance the quality of life for northeast Ohioans.

Nothing worth attaining comes without challenges, however, whether it is in the area of funding, personal obstacles, human resources or any number of things. Mayor Frank G. Jackson of Cleveland, while not specifically addressing the parks department, said something in his “2016 State of the City” speech last year that seems to work well here and could apply to all of Cleveland’s residents:

“It is never the challenge that matters. What matters is how we deal with the challenges. All that we do is about people and whether or not they are better off as a result of what we do.

“A great city will be measured by the condition and well-being of its people, in particular, the least of us — not in terms of welfare and charity, but whether everyone is able to participate in the prosperity and quality of life that we create as a community. A place where children can live and play safely, receive a quality education and someday find a good job to make a living.”

Zimmerman’s response to overcoming challenges was to continue moving forward, to resume his visionary plans into the future.

“As an organization turns 100 years old, there are internal and external driving forces to consider as you look to position the organization to stay relevant for the future,” Zimmerman said. “In today’s on-demand world, Cleveland Metroparks offers guests an opportunity to unplug from the daily stresses of life. Nature is there to re-direct the spirit of individuals and allow them to re-enter themselves.” Spoken like a modernday Thoreau.

According to Jacqueline Gerling, director of communications at Cleveland Metroparks, Zimmerman’s leadership has “guided the reclamation of eight lakefront parks, which have attracted more than 8 million visitors; hosting thousands of first-time visitors and inspiring longtime Clevelanders to fall back in love with our greatest natural asset, Lake Erie.” 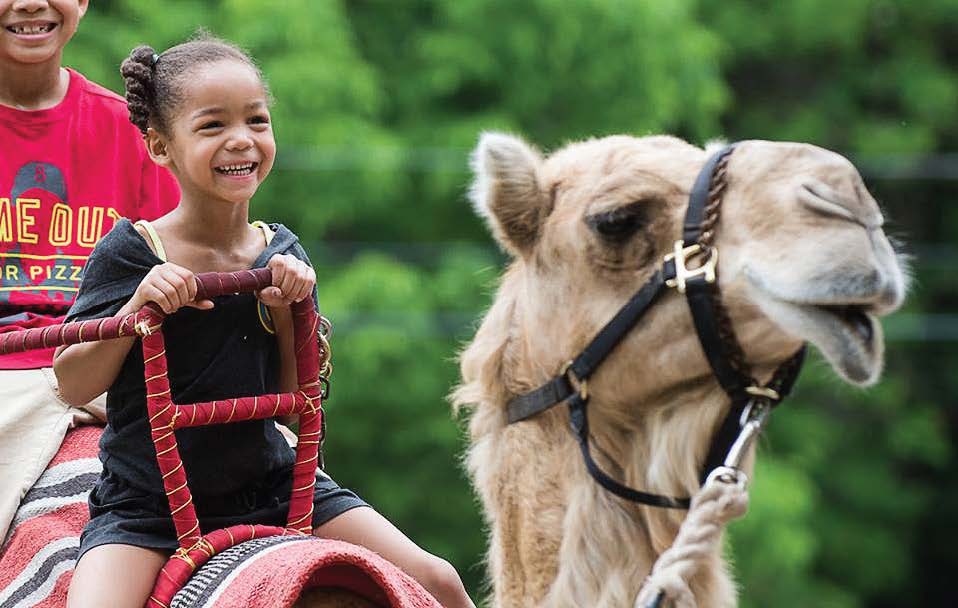 Pictured is a scene from the Cleveland Zoo, which is part of the Metroparks. (Photo provided by Cleveland Metroparks/ Kyle Lanzer) 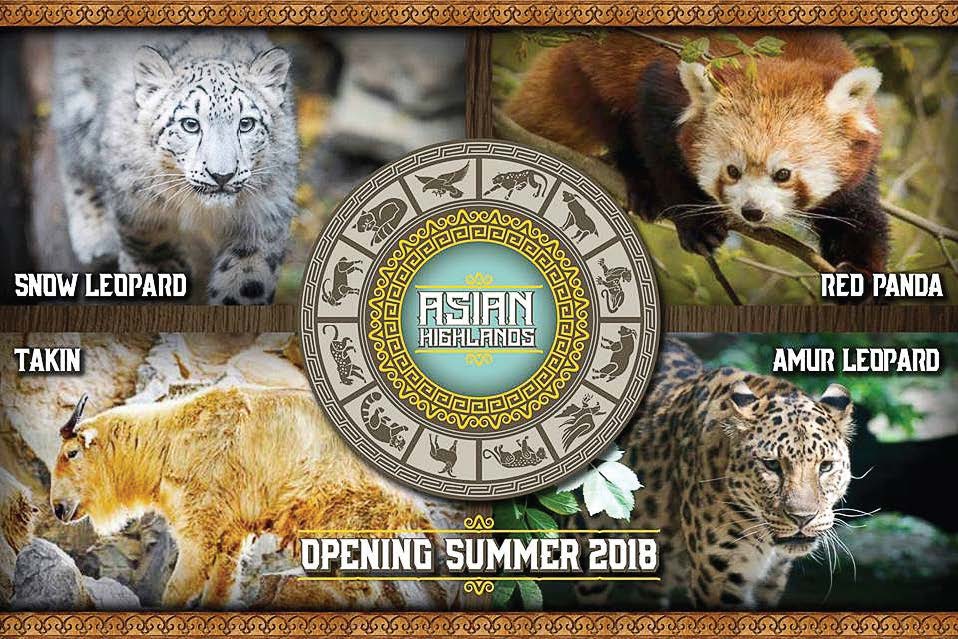 A sign of things to come at Cleveland Metroparks in 2018, the Asian Highlands will be a global destination area and home to a snow leopard, red pandas, takin and a Amur leopard, one of the most endangered big cats on earth. (Photo provided by Cleveland Metroparks/Kyle Lanzer) 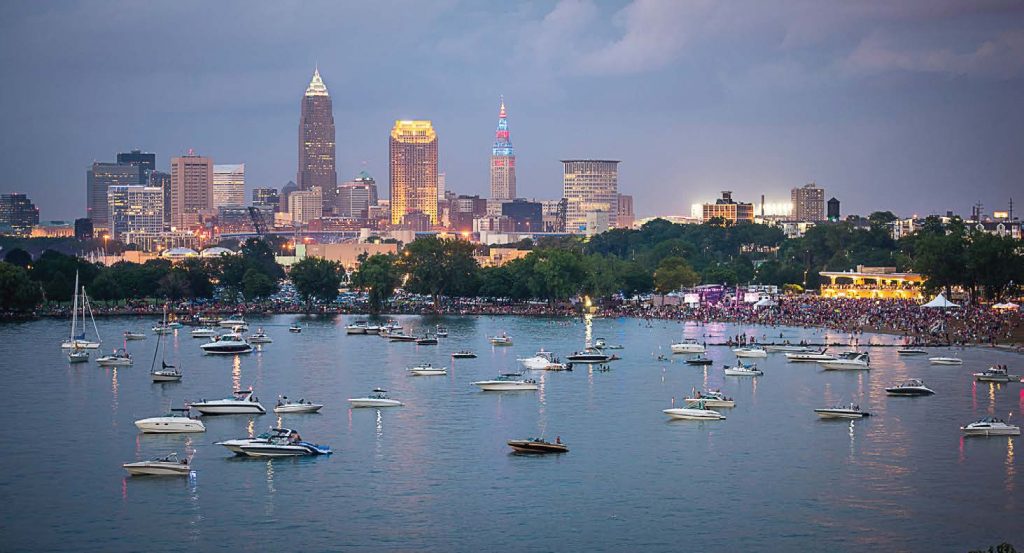 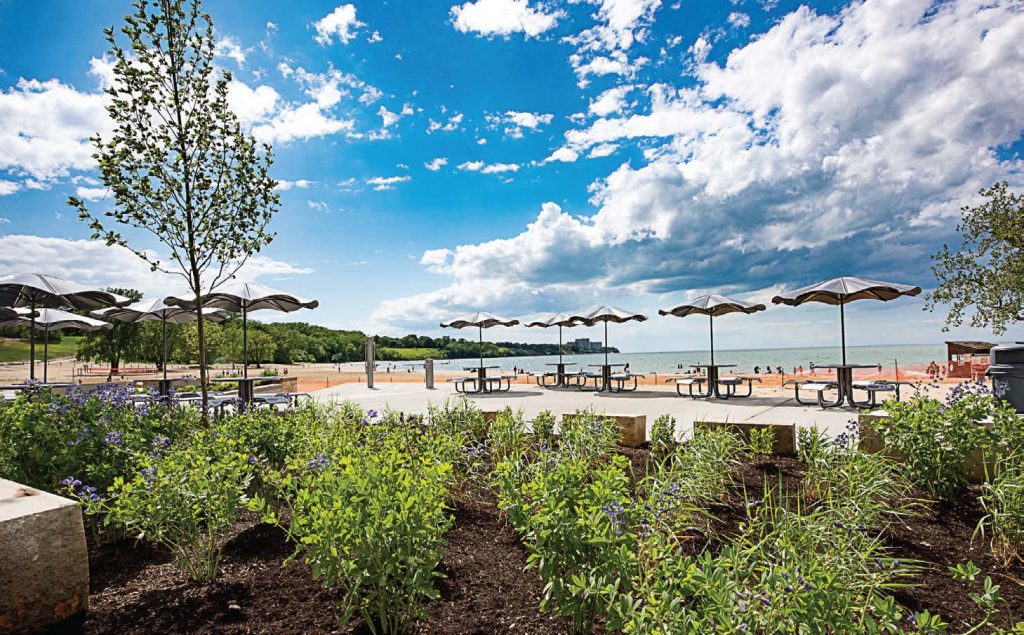 She noted, “By strategically acquiring nearly 750 acres of urban parks and working with partners to build expanded trail connections, Zimmerman’s vision leads the park district in fulfilling a goal of bringing park access to densely populated and underserved neighborhoods.”

Cleveland, the great city that gave us Bob Hope, the James Gang, Drew Carey, Henry Mancini and Dr. Mehmet Oz, boasts more than just a commitment to its parks by Zimmerman.

Gerling named some of Zimmerman’s achievements.

“Finally, Brian has been responsible for acquiring the lakefront parks, which has turned the Emerald Necklace into a more complete circle of parks that surround the city.”

Though Zimmerman lives in Strongville, Ohio, with his wife and son, he enjoys being outdoors, exploring Cleveland Metroparks on his bike as well as golfing and boating.