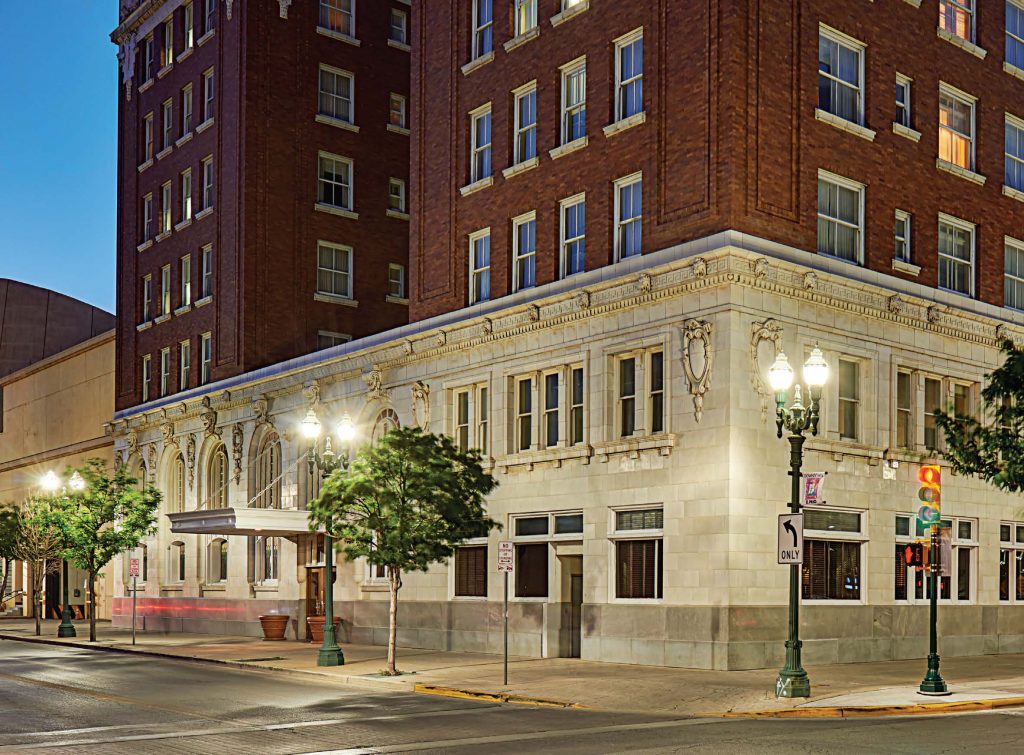 When Texas legislators mandated public utilities reduce electric consumption by 5 percent a year over the next 10 years, the city of El Paso’s General Services Department had to work quickly to modernize its lighting infrastructure. (Photo provided)

The city of El Paso, Texas, partnered with Johnson Controls Inc. and Acuity Brands Lighting to help support the city’s sustainability goals and modernize its infrastructure.

The city’s General Services Department worked with Johnson Controls to comply with Texas Senate Bill 898, which mandates that public utilities reduce electric consumption 5 percent each year over the next 10 years.

Working under a tight budget, the city of El Paso secured funding for the remainder of the project by qualifying for a low-interest loan from the State Energy Conservation Office. The city used an Energy Savings Performance Contract and applied under the Texas LoneSTAR Revolving Loan Program, which benefits the city of El Paso and the state by reducing harmful emissions produced by the generation of electricity and the local byproducts associated with consumption of fossil fuels. As a result, El Paso funded an 11,600 unit LED street lighting project without increasing capital expenditures or creating taxpayer burden.

In certain areas, the next priority was to preserve a historical aspect. Glass luminaires styled to replicate the acorn luminaires that lighted streets in the first half of the 20th century were installed. (Photo provided)

When working towards sustainability initiatives, installing a complete roadway solution with multiple LED fixtures and controls can be extremely beneficial to maximize savings. The city of El Paso utilized the following roadway luminaires with integrated ROAM controls to achieve its lighting goals.

• Washington Postlite LED — Glass luminaires are styled to replicate the acorn luminaires that lighted streets in the first half of the 20th century. Designed for superior light control, ease of installation and maintenance, they have a precision prismatic glass optical system for true street lighting performance as well as beauty. They are also available as a certified retrofit kit.

• ROAM is a wireless outdoor lighting management system that delivers the flexible control strategies and scalability required for municipalities. The system provides an extensive set of diagnostic capabilities and allows the user to remotely control each of the fixtures to ensure optimal usage, as well as managing service through a work order management module.

The solution: illuminating the city of El Paso

The project’s first phase called for the replacement of 10,600 high-pressure sodium cobrahead style fixtures located within the city’s residential areas with ATBS Autobahn LED luminaires from American Electric Lighting. Lamp sizes on the old fixtures included 100, 150, 175, 250 and 400 watts, with the fixtures mounted on existing poles of different heights with varied spacing depending on the pole location.

Installing the lighting has the potential to reduce the city’s energy and maintenance costs by 67 percent compared to the operating costs for the previous cobrahead units. According to Romine, the Autobahn LED  luminaires were selected based on quality, price and the projected 12-years or longer service life.

Johnson Controls, which spearheaded the installation of the project, paired the Autobahn LED with Acuity Controls wireless ROAM system to maximize maintenance savings through enhanced monitoring. Johnson Controls is currently maintaining the LED luminaires and plans to reduce associated costs via proactive maintenance.

“ROAM eliminates the need to send out crews to look for outages or rely on reports from the public,” Romine said. “The system will allow us to monitor individual fixture performance and proactively schedule maintenance typically before residents report an outage to the city.”

Romine reported the project has been a complete success.