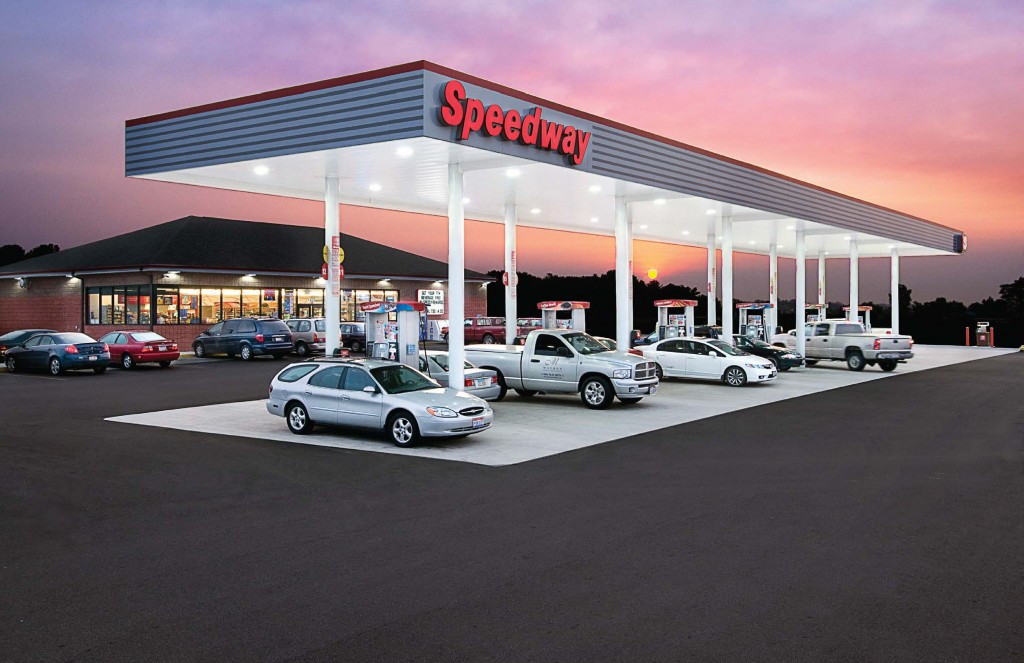 With the Hess retail acquisition, Speedway’s retail locations are ballooning to more than 2,750. In addition to gasoline, Speedway prides itself on offering diesel at a vast majority of its locations. (Photo provided)

When it comes to retail and fleet fuel services, Speedway LLC (Speedway) already walked among giants. But a significant acquisition means the Ohio-based company can now respond to an even wider market and meet the fuel program needs of many cities and townships east of the Mississippi River.

Speedway closed a $2.8 billion purchase of Hess convenience store locations in the third quarter of 2014, which expanded the company’s presence from nine Midwest states to a total of 22: Alabama, Connecticut, Delaware, Florida, Georgia, Illinois, Indiana, Kentucky, Massachusetts, Michigan, New Hampshire, New Jersey, New York, North Carolina, Ohio, Pennsylvania, Rhode Island, Tennessee, South Carolina, Virginia, West Virginia and Wisconsin. At the rate of five stores per day, signs at 1,245 Hess, and WilcoHess stores are coming down, and Speedway signage is going up. The company is now poised and prepared to welcome an expanded number of municipal fleet card members, whether or not a bid process is required. 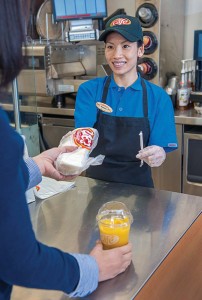 Most Speedway employees are members of the communities where the retail stores are located, contributing to the local economy and establishing Speedway as an invested local supplier. (Photo provided)

Speedway does participate in the bid process, whether the municipal, township or county client is interested in buying fuel retail or in bulk. According to Fleet Sales Program Manager Ed Cornish, a majority of the company’s public sector customers are looking to supply law enforcement, public works and other employees with fuel cards that offer valuable benefits in terms of convenience, control and flexibility.

“We set them up with a fuel card with reporting that tells them not only when the vehicles are being fueled and how much, but who’s fueling and how — whether they’re using unleaded, diesel or E85,” said Cornish. Yet, “the drivers don’t have to do anything special. They just pay at the pump and go, like any other customer.” In addition to being convenient for the driver, the municipality enjoys the convenience of online control of the cards and instant reporting capability.

Speedway fuel card programs start off with a discount on fuel consumption, provided as a credit at the time of billing. Possibly even more attractive is the fact that Speedway’s billing eliminates the process of requesting tax rebates. Normally, government entities are exempt from fuel excise taxes, but there is a reclamation process to recover the taxes from the federal and state governments.

“We bill them without the taxes. They don’t have to go through the messy rebate process to take advantage of their allowed tax credits. We are, however, reporting to the customer on these taxes,” said Cornish. The Speedway fuel management system can set up an account with tax-exempt billing, saving the municipality from reporting paperwork and the headache of submitting returns to get the rebates.

A new opportunity provided by Speedway further simplifies the reporting process: Public sector fuel customers who fuel from their own bulk tanks as well as buy retail can combine their tax reporting for bulk and retail purchases.

According to Speedway Commercial Fuel Sales Manager Kevin Thomson, Speedway prides itself on offering diesel at the vast majority of its locations, to meet the needs of large municipal vehicles such as dump and plow trucks, sweepers and police transport vehicles. Most Speedway convenience stores are also open 24 hours a day, a crucial convenience for law enforcement and emergency medical services. 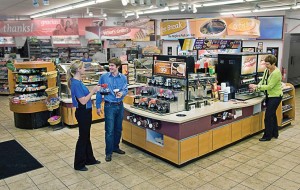 Speedway is known for convenience, offering a wide array of snacks and other products in addition to fuel. The company also offers fuel card programs designed to ease the challenges of fleet managers when it comes to tax rebates and reporting. (Photo provided)

With the Hess retail acquisition, Speedway’s retail locations have grown to more than 2,750. Even so, it’s still possible that a government customer could find himself with a gas tank on “E” in a remote area without a station in close proximity. That’s why a fuel program is offered with an option to purchase outside of the Speedway network. In this case, the discount does not apply but the reporting benefit does, said Cornish.

“We can still take off the taxes, and this way we meet all of our customers’ needs. Instead of having to manage two different reporting systems, we report both in-network and out-of-network purchases together.”

Speedway fuel card programs start off with a discount on fuel consumption, eliminating the process of requesting tax rebates and simplifying the reporting process. (Photo provided)

For townships and municipalities, doing business with a good community partner is one more reason to investigate Speedway fuel card programs.

Speedway’s charitable efforts are conscientiously returned to the community in which the money is raised. The company’s positive image stems in part from generous, ongoing support of Children’s Miracle Network Hospitals (CMNH). Having donated more than $68 million to the network since 1991, Speedway is the top corporate sponsor of CMNH in the convenience store industry. In 2014 alone, Speedway customers and employees contributed more than $8 million to the cause, in which donations are earmarked for hospitals in the communities where they are collected.

Additionally, as Fleet Sales Coordinator Christine Nash noted, most Speedway employees are members of the communities where the retail stores are located. The company retains ownership and operates all locations, while contributing heavily to the growth of the local economy and establishing itself as an invested local supplier.

Amid the exciting growth directly attributable to expansion, Speedway’s organic growth remains undiminished. Currently, the company has an aggressive growth and remodeling plan in all states where it owns stores.

These new areas of expansion will soon be able to benefit from the same fuel card programs already enjoyed by longtime municipal Speedway LLC customers — saving fleet managers time on reporting paperwork and the headache of procuring rebates on fuel.