Following the 2008 economic downturn, America’s parks faced a funding crisis. Although the economy has bounced back and consumers are spending a bit more freely, parks haven’t seen the light at the end of this particular tunnel yet.

Columbia, Mo., has taken an interesting approach to finding a solution for park funding. One round table discussion that took place there presented the needs for parks and recreation zones: including community involvement, increasing the quality of life, and improving public health and safety. Speaking with experts in the field, officials there examine the different options for funding such zones and the positive and negative results from these methods.

In 2012, William Fulton published the results from a discussion with various mayors, parks directors, public health officials and a real estate investment expert.

Titled “Financing the Future: The Critical Role of Parks in Urban and Metropolitan Infrastructure,” the report addressed the need for parks and documented the struggles that have come into play as of late.

“Traditionally parks have been provided to the public for free — though recreation programs have often charged a nominal fee — on the theory that in crowded cities parks enhance the quality of life, improve public health and even improve public safety by providing places and activities for at-risk youth who otherwise might be engaged in criminal activity,” it said.

Historically, the money to repair and restore parks has come from taxpayers. Public services such as police enforcement, EMS, fire and parks all get a chunk. In recent years, parks have come out on the losing end of the funding battle, leading to less and less money for repairs and more money going towards fire and police services. According to the Center on Budget and Policy Priorities, about 35 percent of state taxes go toward public services, and that percentage is still split between parks and recreation, fire and police and several other miscellaneous forms of assistance.

National Recreation and Park Association Vice President of Marketing, Communications and Publications Gina Mullins-Cohen feels the importance of parks is a growing trend. 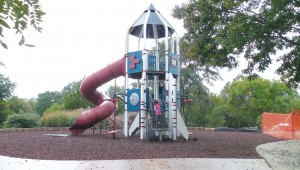 Pictured is one of the many playgrounds in Columbia, Mo., that could be affected by the additional money collected from a one-eighth cent local tax instituted specifically to fund parks and recreation needs. The project focuses on fixing up parks that have already been established in the community along with adding new ones. (Photo provided)

“Park funding is extremely important to the public,” said Cohen, adding, “An ongoing study by the Trust for Public Land shows that over the past decade, voter approval rates for bond measures to acquire parks and conserve open space exceeds 75 percent. It is (indisputable) that the majority of the public values parks and recreation facilities and considers their contribution to the betterment of life as a priority.” That concurs with what Fulton wrote: “With eight in 10 Americans making their home in metropolitan areas, urban parks are more than ever a critical part of American life and urban infrastructure.”

Columbia has seen some amazing results with a gamble that it took. In 2000, the city added a one-eighth sales tax to ease the stress of paying for public parks. The state already had a one-eighth cents tax rate allocated to city parks and recreation, but the city added the initiative for an additional sales tax when officials realized the value the public was placing on funding parks in the area. In late June the sales tax bill went up for renewal after being policy for five additional years. During those five years the city raised about $15 million for it parks, according to Deputy City Manager Tony St. Romaine.

“Projects wouldn’t have gotten built without it,” Romaine said. 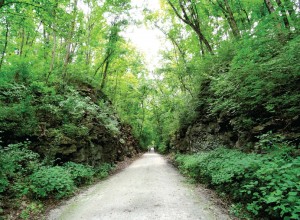 The MKT Trail in Columbia, Mo., was also improved and extended with funds collected from a local parks and recreation sales tax. The tax was instituted in 2000 to improve parks facilities without taking money away from other local public services. As the city continues to survey the public, trails continue to rank high on the list of priorities for the community. (Photo provided)

The initiative started after the city realized what a huge importance residents placed on community parks and recreation zones. In addition to struggling with the split funding situation, it had also been taking a hit on sales tax that can’t be accounted for with the increase of Internet revenue. But Columbia takes part in a yearly survey of the public’s needs and wants, keeping government officials in the know on public opinion.

In 2005, 53 percent of the public were for the additional one-eighth cent sales tax. That number jumped to 64 percent during the 2010 survey. Both surveys years are reflective of when the additional tax initiative was up for renewal. In 2010, only one out of 67 precincts failed to vote “yes” to its renewal.

Romaine credits the success of the initiative to members of the public who have helped spread the word. The parks and recreation team also formed a group of private individuals, not government employees or appointees, who work for several months out of the year to engage the public and speak on behalf of the initiative.

Romaine is supportive of the tax for several reasons. As he pointed out, keeping parks funding separate creates more room in the standard sales tax budget for services like police and fire or other critical areas. “We never take it for granted.” 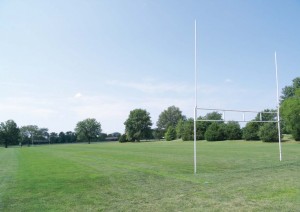 A city football field was resodded with Columbia, Mo.’s local parks and recreation sales tax. The five-year tax was reinstituted in 2005 and again in 2010 by popular vote, and is up for a six-year renewal in November. (Photo provided)

His team has also worked diligently to add to the budget by utilizing grants from state and federal agencies.

When weighing the option of a local parks and recreation tax, Romaine recommends deferring to the public.

“Find out what the priorities are, and then find a way to actually engage those groups,” he said.

As long as Columbia’s outreach shows a huge value on community recreation facilities, the city will continue to place the renewal on the ballot.