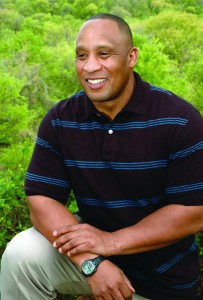 Following military retirement Carl Cannon spent the majority of
his civilian life as a guard in the U.S. Federal Bureau of Prisons. That career was cut short, however, when he felt called to pursue a career keeping people out of prison in the first place. (Photo provided)

Carl Cannon wants to stop kids from getting into trouble before it’s too late. He has a plan that, so far, is working.

Cannon is assistant general manager of recreation, with responsibility as supervisor, for Youth Outreach and Intervention with the Peoria, Ill., park district. An ex-Army senior drill sergeant, he came up with a concept called “ELITE” in 2006.

Following military retirement and prior to coming to the park district, Cannon spent the majority of his civilian life as a guard in the U.S. Federal Bureau of Prisons. He distinguished himself as an up-and-coming warden. However, that career was cut short when he felt called to leave the prison system to pursue a career keeping people out of prison in the first place. 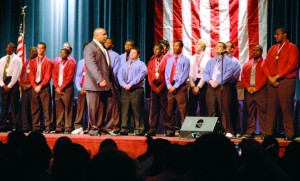 While working with an inner-city youth organization as a programmer, he noticed that the Peoria Park District was constructing a huge new facility on Peoria’s riverfront. A longtime believer in the ability of a job — defined by Cannon as a “healthy of occupation of time” — to head kids in the right direction, he went to the park district’s human resources department in the hopes of getting part-time jobs for some of the kids. He promised to get them ready for employment and to coach them on how to communicate, how to dress and how to act. The human resources director said she’d give some of them an opportunity.

What she really wanted, though, was for Cannon to apply for a job. Stunned, because his educational background did not match any of the job postings, Cannon followed through and was hired as recreation program coordinator. From that time on the Peoria Park District’s innovations in inner-city outreach evolved at a rapid pace. 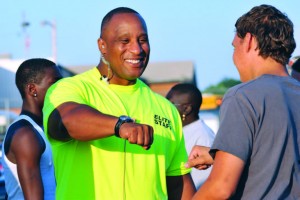 In 2007 Cannon launched the ELITE Youth Program for high school youth. The program assists students by keeping them out of prisons and helping them obtain jobs. (Photo provided)

In 2006 Cannon put together a volunteer-based, in-school program to help prepare inner city high school students for their first part-time jobs. That program was the beginning of ELITE.

In addition to gainful part-time employment, the students acquired a respectful mindset and improved behavior both on and off the job. These were the most welcome side effects of the high school ELITE program.

In 2007 Cannon fully launched ELITE. In 2011 he adapted the concept and took it to the Peoria School District 150’s worst-performing kindergarten through eighth-grade schools on an every-school-day basis. Then in February 2014 ELITE launched its “Don’t Start” antigang program, with preventive measures aimed at primary and middle school students.

At both the elementary/middle and high school levels, disciplinary referrals, unexcused absences and tardiness all continue to decrease. At the K-8 level, both Illinois Standards Achievement Test and Northwest Evaluation Association scores for reading and math continue to increase, while a majority of high school participants exhibited increases in grade point average the year following their participation in ELITE.

The definition of respect is key to the program’s success.

“To extend and receive true respect for the first time can be a heady, life-changing experience for people of any age,” Cannon said.

A background in corrective motivation

Cannon grew up in Peoria. His career in law enforcement began when he joined the U.S. Army. He distinguished himself in the ranks of the military police, where he was awarded the Meritorious Service Medal.

Wanting to return to his hometown when he retired from the military, Cannon accepted a position at nearby Pekin Federal Correctional Institution. He was nationally recognized as Selective Placement Program Manager of the Year in 2000 and was in line to become a prison warden. That career path was cut short when he decided he no longer wanted to excel at keeping men in prison. Rather, he wanted to focus on what he could do with youth to keep them from going to prison in the first place.

The original ELITE program was born in 2006 as an 11-week business boot camp for high school sophomores and juniors. ELITE is now an intensive 11-week job training program for Peoria-area high school students that kicks off each year in January. ELITE was and is still implemented by Peoria Park District.

Cannon presented the program at the National Recreation and Park Association’s annual conference last October under the session title “Alternative to Gangs: From Pre-K to Ex-Cons.” He has also taken his motivational message to more than 300,000 youth in Illinois, Kansas, Michigan and Ohio. He has shared ELITE’s concept with neighborhoods and park districts on both a national and regional level.