The approximate distance eight first responders in Buffalo, N.Y., carried a patient to a hospital in November, when local roads became impassable for their ambulance.

Nearly three-quarters of career firefighters fulfill their vocation in communities that protect 25,000 or more people.

The number of years Fred Reithel, former Dix Hills, N.Y., chief and commissioner, served his department as a volunteer. He was honored for those years of service by current members of the department, New York Governor Andrew Cuomo and other officials in 2013, at the age of 92. He remains an active member of the department. 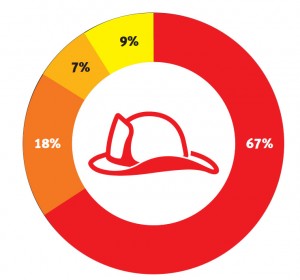