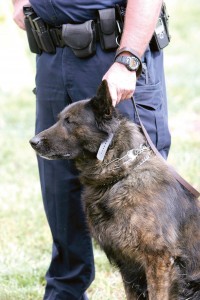 Drug task forces across the country have
adjusted to the changing methods of
producing and supplying meth. Although
much of the production has shifted to
Mexico and now arrives via established
drug supply routes, one-pot and mobile
labs are still popular. (Shutterstock photo)

No municipality is immune from the effects of one of America’s most insidious enemies: methamphetamine. Its impact on individuals, families and communities is ruthless; its purveyors are relentless; and the costs of both ignoring it and fighting it are enormous.

The war against meth is waged on a continually shifting battlefield, and many factors are aligned against the efforts of law enforcement. But more municipalities are discovering — or innovating — an arsenal to fight meth and its collateral damage.

Like many man-made phenomena, meth was first administered with noble purposes in mind. During World War II the drug, invented in Japan half a century earlier, was used to stimulate soldiers, reduce fatigue and suppress appetite. Following the war, meth was widely used to facilitate dieting.

But meth’s highly addictive properties caught the nation’s attention. The U.S. government classified it as a Schedule II controlled substance in 1974 but still its use increased, peaking in the mid-2000s and barely abating since then. Once confined to the larger California cities, where its primary manufacturers — motorcycle gangs — had their headquarters, meth use has expanded geographically, filtering down to mid-sized and small municipalities throughout the country. Nowadays the Midwest states — Indiana, Tennessee, Missouri, Ohio and Illinois, respectively — rank as those with the worst meth problems, although no municipality or demographic group is safe from its ravages.

Families also suffer, especially the children of meth manufacturers and users. Making meth is a dangerous chemical process, and even a slight miscalculation in the lab can cause an explosion. Dangerous fumes from the manufacturing process can cause severe complications. Further, the procedural residue persists in the drywall, carpeting and furniture of the home where the lab is situated.

Communities can be victimized in many ways: decreased productivity resulting from those under the drug’s influence; increased crime as addicts steal and rob for resources to buy their next fix; deflection of law enforcement resources and personnel to battle against meth labs; and increased costs for treatment, remediation and prevention, just to name a few.

Meth labs used to be comparatively easy to spot and address. But manufacturing procedures have allowed dealers to produce the drug with much smaller equipment; thus, labs have become more mobile and elusive.

Over the past decade the locus of meth production has migrated south, across the border. When federal, state and local governments cracked down on the availability of the precursor ingredient of pseudoephedrine at pharmacies and grocery stores, meth production in the U.S. became more costly and production sharply declined. Meanwhile, Mexican meth increased in purity and decreased in price. Dealers opted for the cheaper option of purchasing the drug along the Mexican drug routes already carved from the import of marijuana. Consequently, drug enforcement authorities at every level in the U.S. are confronted with the oxymoronic phenomenon of fewer meth lab busts but more meth use. 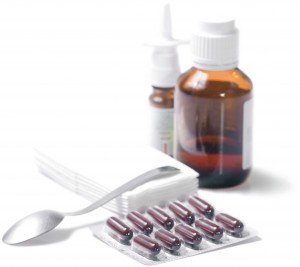 Through an online database, it’s possible for law enforcement to track purchases of meth precursors in real time and even block those purchases at the point of sale. (Shutterstock photo)

Regulating the sale of pseudoephedrine put a significant dent in meth production in the U.S. Several states have, in fact, required any product containing the precursor ingredient, most notably nasal decongestants, to be kept behind the pharmacist’s counter.

Such sales are recorded and digitally entered into a master database, usually administered by the state police, which is notified immediately of sales in suspicious patterns or amounts. The sales can then be blocked, or at least the purchasers can be identified and tracked if necessary.

Many municipalities have placed other enforcement arrows in their quivers.

Resources for the public 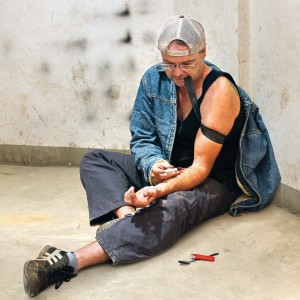 Meth taxes a community’s healthcare system and other public resources; it endangers children, affecting the school system; and is one more concern for law enforcement. (Shutterstock photo)

A useful resource for educating communities, youth and parents is www.pact360.org. The website offers downloadable material such as the following:

• Meth360 — A meth prevention program uniting law enforcement, treatment professionals and prevention professionals to deliver meth prevention education presentations to local communities. The audience learns about all aspects of meth from experts with diverse perspectives on the issue — a true ‘360-degree’ view. Informative and motivational, Meth360 also challenges concerned citizens to educate themselves about the dangers of meth and take action to stop the spread of this dangerous drug.

• Parents360 — A community education program that engages parents through a presentation called Parents: You Matter. The presentation provides parents and other caring adults with valuable insights as to why kids use, how parents can start the dialogue about the dangers of substance abuse with their kids and what steps to take if they suspect or know their child is using. It underscores the need for parents to educate themselves about the dangers of drugs and alcohol, and to be the go-to source when their children have questions.

• Youth360 — A community-based program designed to educate youth about substance abuse through an engaging presentation meant to challenge their behavior toward drugs and alcohol. The program provides the opportunity for teens to fully reflect upon the choices and consequences associated with alcohol and drug abuse and to continually keep themselves and their friends in check. This engaging presentation is paired with an interactive card game. Its purpose is to encourage dialogue between peers and caring adults about substance abuse issues and to help teens understand the risks of using drugs and alcohol.