↓
Home→Streets, Highways, & Bridges→You shall not pass: Dissuading motorists from hitting the road 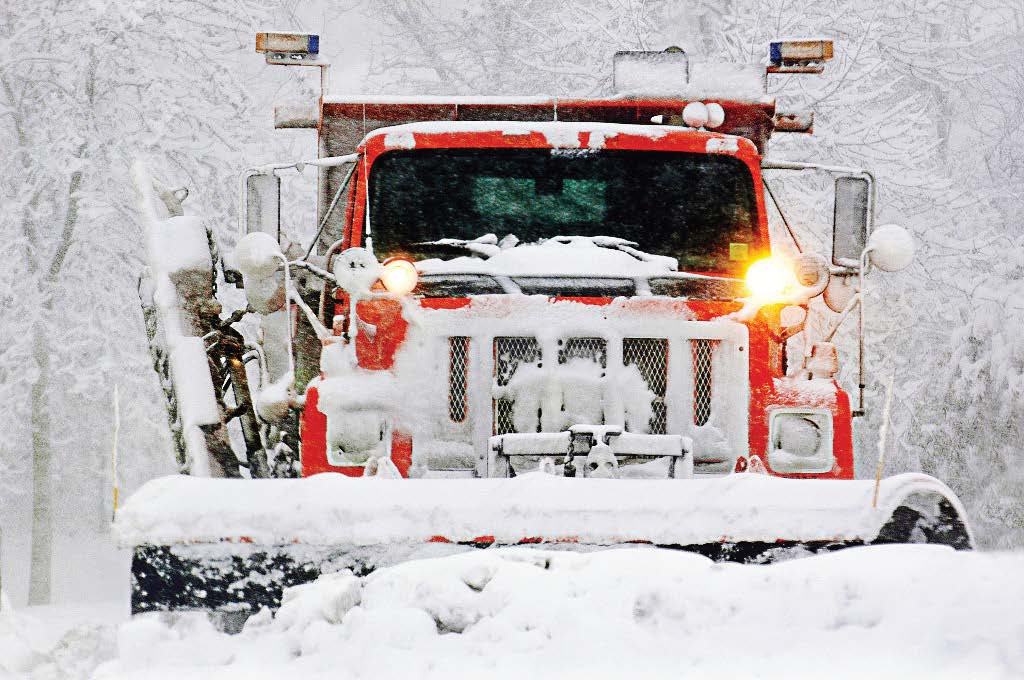 Advanced notification of a winter storm’s potential impact on various platforms, including social media, can help motorists make informed decisions before going out. Keeping the public off the roads means snowplow drivers can get cleanup underway. (Photo provided)

Winter can be a beast, and its snowfall has already made 2014–15 memorable: particularly with snowstorm Knife. The storm dropped approximately 7 feet of snow in the Buffalo area, resulting in commuters being stranded — some for as long as 24 hours — and at least 13 deaths, including a man found dead in his car. During the storm, it was noted several motorists bypassed gates and illegally entered a closed thruway, causing New York Governor Andrew Cuomo to state during a press conference: “When we say stay home, really stay home. Going out on the roads is dangerous. It’s unnecessary. You’re not going to get anywhere. You will get stuck and then you will further complicate the situation. That is almost inevitable. And getting stuck in a situation like this is actually dangerous. Please cooperate. When we say the roads are closed, they are closed.”

To prevent such winter mayhem, many local departments and state departments of transportation try to get the word out about road conditions or impending major winter weather events. Thomas Peters, P.E., maintenance research and training engineer with the Minnesota Department of Transportation, said MNDOT’s public announcements are typically sent out to media outlets and on Twitter. 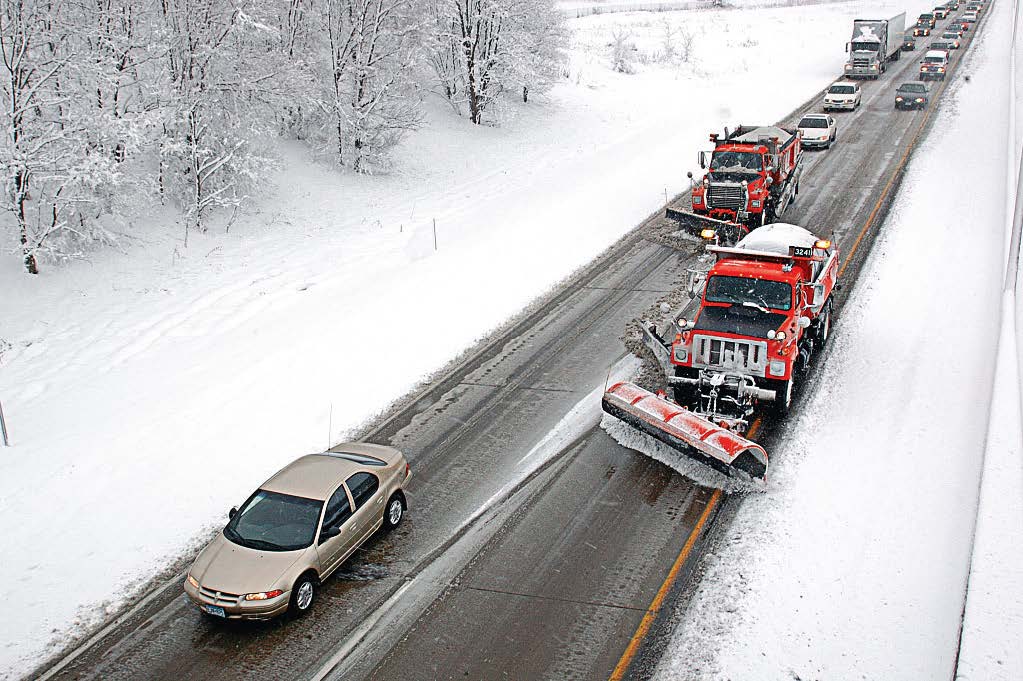 Minnesota Department of Transportation snowplow trucks clear a stretch of road with a string of motorists behind them. Many states focus on educating the public early in the season on safe winter driving habits, including about how to drive when near snowplows. (Photo provided)

Beyond warnings, watches and advisories, Eli Jacks, chief of Fire and Public Weather Services with the National Weather Service said, “We have a menu of messages that we can send out with information about winds, snowfall and ice.” These messages also include calls to action that use wordage like “dangerous” or “do not drive.” Jacks stated if the staff feels a particularly dangerous weather event is going to occur, they will use a combination of warnings, which has proven successful in getting their message across.

Emphasis on impact is also something NOAA is focusing on to get its message across.

Just as municipalities have turned to social media, so too have NOAA and most weather services, allowing them to get the latest weather-related information out to potential motorists. “(Social media) is a boon for distributing warnings and information,” Jacks said.

Collaboration is another key, and it’s something noaa and its local offices do with local governments, FEMA and other agencies.

“We put together briefing packages that tell information they may need,” Jacks said. All the information is related to potential impact. “Most of our offices stretch out and make connections with local governments so they know where to go and that we are available to help them.” He added one of their foci is government-to-government interaction services.

Jacks noted it’s important for local officials to be as informed as they would like their citizens and motorists to be. “Stay posted on the latest statuses. Our website, Weather.gov, has a multicolor map that shows warnings — see if your local area is affected.”

To further cut down on motorists on the roadways after warnings go into effect, some states and counties are looking at motorists’ wallets.

“Many states have laws in which motorists can be fined if they are traveling on roads that have been officially closed. These laws are enforced typically after a vehicle has been stranded on the closed road,” Peters said. 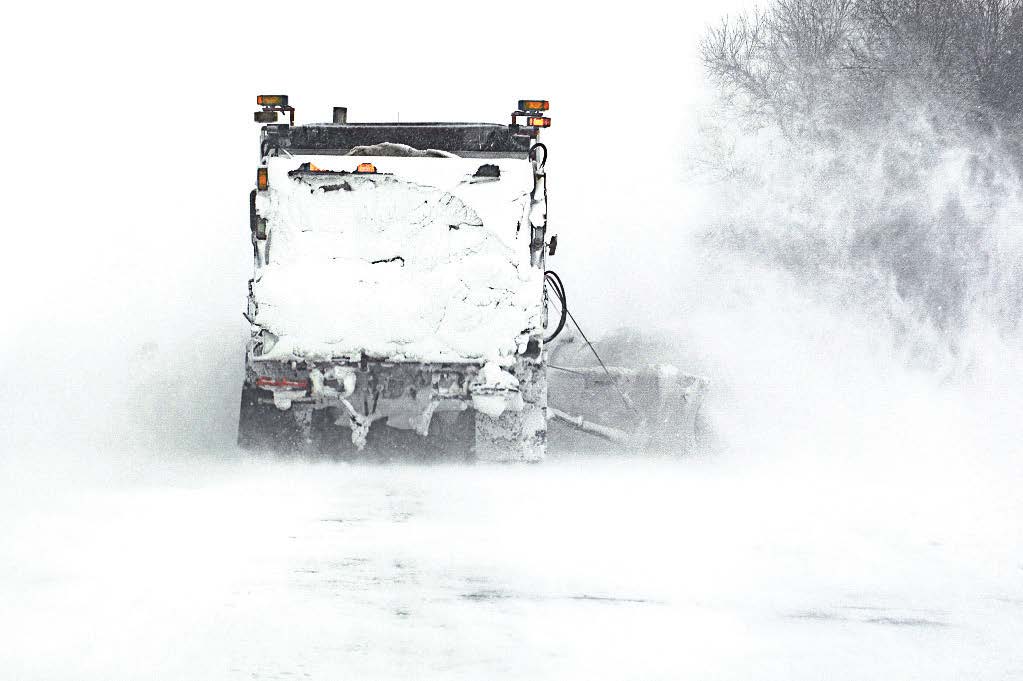 However, as seen in the Buffalo area, such methods do not guarantee motorists will stay off roadways. That makes education particularly important. “In addition to physical steps, many states continually try to educate and raise awareness to the public, particularly at the beginning of the winter season,” Peters added.

For that purpose, departments have turned to public awareness ads on television, DOT websites, twitter and even YouTube videos. The Clear Roads website, clearroads.org, also offers resources for departments to use through its National Winter Safety Campaign. The campaign uses the slogan “Ice & Snow … Take It Slow.” From handouts to bookmarks, departments can utilize resources geared toward motorists and that talk about how to drive safely during winter conditions and around snowplows.

In the name of safety for both motorists and snow removal employees, many public works departments and DOTs are also looking at their equipment, including investing in advanced lighting on snowplow trucks to make them more visible to motorists. In Minnesota both single axles and tandems are lit, with the main color being amber; however, the state does use a few lighting options that combine both amber and blue.

While keeping motorists off the roads may not be possible, by continually educating the public and getting the word out about the impact of winter weather events and snow removal efforts using the right wordage and platforms, snow fighters might find their efforts a little less impeded.