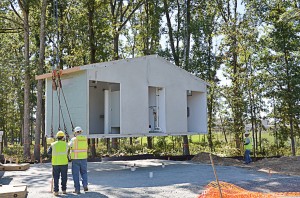 Everyone needs to use them, and it’s nice to have one easily accessible.
According to Robert Brubaker, program manager of American Restroom Association in Baltimore, Md., a study conducted by Robert Wood Johnson Foundation and the AARP concluded that in order to get more people to be physically active, restrooms were needed. Year-round restroom usage ranks high with parkgoers, especially women, said Brubaker.

While not a major problem, the availability of public restrooms is a concern for some bicyclists and walkers, as well — particularly women,” he said.

Organizations such as the National Park Service understand the year-round need for park and trail restroom facilities. Brubaker said more national parks are putting in restrooms as the need continues to grow.

Parks can set up portable sanitation units for a year or two to assess the need for restrooms.
Plumbing can be an issue, said Brubaker. For rural park and recreation departments, plumbing infrastructure can be hard to come by. “Municipal parks and recreation usually don’t have that problem,” he said.

In New York City, the Bryant Park toilets are replete with fresh flowers, attendants and marble countertops. The Big Apple also contracted recently to build new street furniture, including 20 automatic public pay toilets that cost 25 cents per 15-minute use. So far there is one facility in Madison Square Park in Manhattan and another at Corona Plaza in Queens. More are on the way.

New York’s Bronx Zoo features “eco-restrooms” with toilet fixtures that can accommodate a half-million visitors a year. The toilets use three ounces of water per flush, but rely on composting rather than sewage disposal. 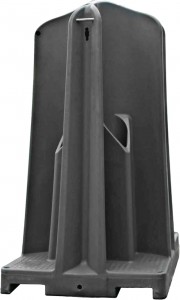 A new type of public urinal, made by Kros, saves time and money since it holds only urine. It can easily be emptied using only a standard industry hose inserted into the unit. (Photo provided)

While not well-documented, there is anecdotal evidence that some people avoid physical activities that put them out of range of toilet facilities. A public survey conducted for Arlington County, Va., helped determine citizen usage, satisfaction, needs and priorities for the parks and recreation system. Based on a list of potential improvements that could be made to park facilities, respondents were asked what three improvements they would most like to have made to the park facilities used most often. Drinking fountains, followed by year-round restrooms, were the top two choices.

“The restrooms were needed because of the increased usage at these park sites and the desire to provide permanent restroom facilities for citizens,” said parks Director Steve Torpy. All the restrooms replaced the use of portable toilets. The new restrooms were part of a much larger countywide park improvement project.

“We have tried to be environmentally friendly about how they were designed. We have hand driers to take the place of paper towels; automatic controls; and shut offs on the sinks, toilets to control water usage; and the building is concrete, which is environmentally friendly material,” said Torpy.
Automatic timers on the doors were installed so that they open and close at certain times. The units also have internal hardware so anyone can exit at any time. 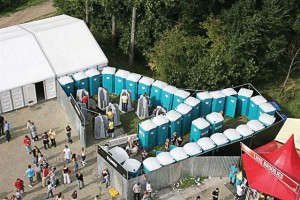 By origin, the Kros urinal is a Dutch concept. Invented to remedy the long lines found at most large outdoor events, it allows up to four men to relieve themselves side by side, simultaneously. It’s award-winning design affords ample privacy because of built-in dividing walls. The Kros is commonly used as a mobile urinal, but it can also be used as a semi-permanent urinal due to its ability to be connected to a public sewer system. 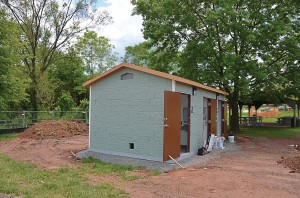 Safety is a key factor designers must keep in mind, but aesthetics is a big trend in park restrooms. The current movement toward prefabricated park restrooms, instead of site-built construction, is a very hot trend.